Ludo & There For Tomorrow

<img src="https://www.qromag.com/wp-content/uploads/2011/01/ludooct15.jpg" alt=" " />The premier alternative rock venue in Milwaukee was the place to be with a lineup that featured the always-charming Ludo supported by burgeoning pop-punk outfit,... 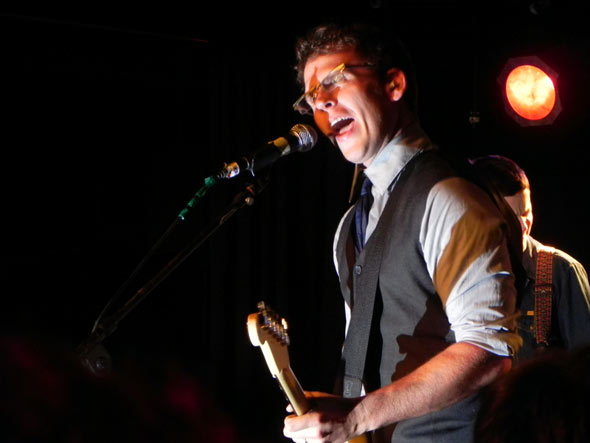 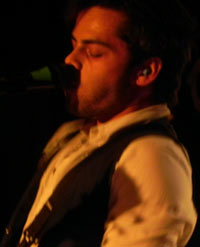 Milwaukee’s premier alternative rock venue, The Rave, was the place to be on Friday, October 15th, with a lineup that featured the always-charming Ludo supported by burgeoning pop-punk outfit, There For Tomorrow.

Despite minor technical difficulties, There For Tomorrow put on a solid and fast-paced set.  Frontman and rhythm guitarist Maika Maile had the eager crowd clapping along, and his crystalline voice coupled with a skilled band proved these Orlando boys are a force to be reckoned with.

Then Ludo entered, and the already rowdy audience got even rowdier.  Launching straight into "Go-Getter Greg", Ludo looked comfortable and in-charge, and ready to rock.  The night’s set-list was an engaging mix of songs from the band’s discography: their self-titled debut, Broken Bride EP, You’re Awful, I Love You and the brand new Prepare the Preparations.  From 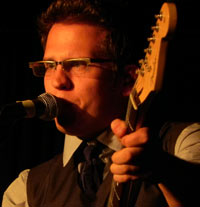 the insanely addictive "Lake Pontchartrain", where the audience sang so loudly that frontman Andrew Volpe’s voice became hard to make out, to the sparse and poignant throbs of "Topeka", Ludo was pitch perfect.

Before playing their new single "Whipped Cream", Volpe explained the pelvic thrust dance moves from the song’s music video.  All it took was a quick on-stage demonstration, and the audience had got it, and thrusted right along with the band throughout the bubble-gum poppy song.  Volpe then played a beautifully simple rendition of the frighteningly graphic "Horror of Our Love" – by himself with only his guitar and voice to captivate the full-to-capacity room.  It was a brave move, and a gesture that proved his vocal and musical expertise.

Finishing with their hit "Love Me Dead", the audience sang the entire first voice loud and confidently before Volpe joined in during the chorus.  The fact that every member in the crowd knew all the lyrics to the track proves Ludo’s influence in the alt-rock scene.  An encore of "Girls On Trampolines" ended the night on a high note, but the infectious beats and Volpe’s nasally yet intimate voice stayed with all long after. 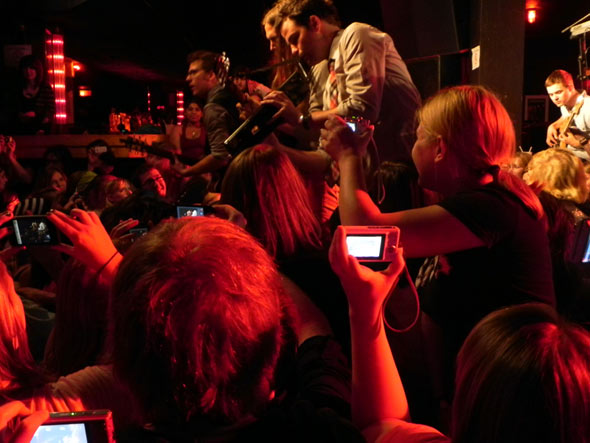