Maxïmo Park’s stop at the Doug Fir Lounge delivered a huge-stadium-sized jolt of enthusiasm and performance to rapt fans in the tiny room.... 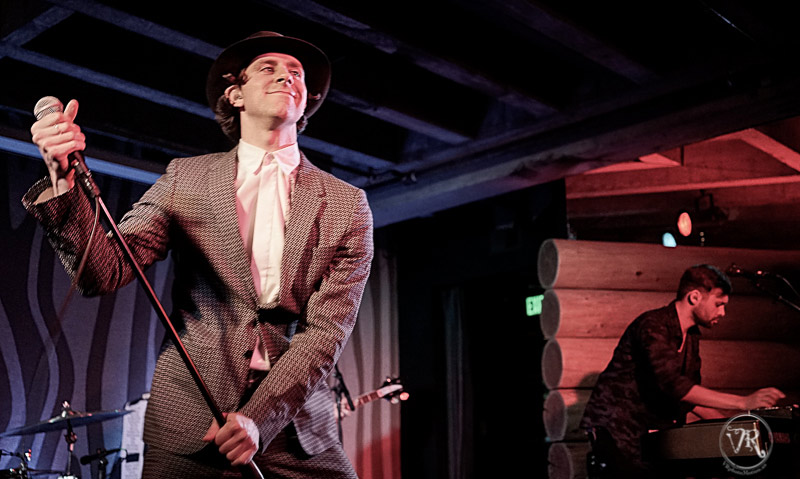 Click here for photos of Maxïmo Park at 2014 Boston Calling in Boston, MA in the QRO Concert Photo Gallery

Brilliant! Maxïmo Park’s Wednesday night stop at the Doug Fir Lounge in Portland, May 14th, on their Too Much Information tour delivered a huge-stadium-sized jolt of enthusiasm and performance to rapt fans in the tiny room. The concert was a curious juxtaposition of grandiose performance from Paul Smith, flawless straight musicianship from the rest of the band, and awkward banter from Smith.

A small underground venue insulated with doug fir logs for the acoustics, The Doug Fir elicits intimate shows with little screaming, no stagediving, and absolutely no moshing. With Smith’s energy and enthusiasm, Maxïmo Park deserves screaming and ruckus in return. What they got were incredibly loyal fans that most likely spent teenage years in love with The Smiths and early Depeche Mode. The audience received a fantastic show of poppy, sonic landscapes, Twin Peaksreferences and personal tidbits about the songs.

Maxïmo Park felt like a time warp to the late ‘90s as they delivered their angular, existentialist pop, most of which feel like they could top the charts. The set consisted of a dynamic blend of new and earlier songs many from The National Health (QRO review) and Too Much Information (QRO review). Between songs, Smith worked to create a connection with the audience, but the set and his am-dram performance is obviously one that is repeated nightly, built into muscle memory to deliver such a massive range of vocal intensity and visual deluge. In performance mode, it’s as if he’s looking through the audience while he reaches out to them, giving them everything he’s got except eye contact.

Maxïmo Park playing “Midnight On the Hill” live at Doug Fir Lounge in Portland, OR on May 14th, 2014: 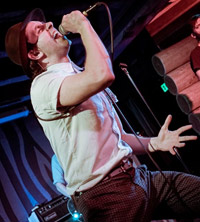 In between songs, Smith apologized for sharing but explained that it made the night unique for Portland. He explained that they were originally scheduled to start the tour in LA, but that they insisted on starting the tour early in order to spend time in the city and play a show in Portland because they skipped it on the last tour.

“What would the Log Lady say about this concert?,” he asked. “What would the log lady say in order for people to attend the concert? It would have to be something quite cryptic like, Newcastle hat or something. I don’t know what it would be, but that’s quite obvious if you know the band.” 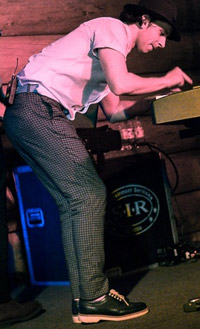 The banter was golden, as was the show. During “Her Name Was Audre”, inspired by the poet Audre Lorde, Smith took a turn on keys amidst his antics. Of “Write this Down” he shared, “It’s about a weird girl that I once knew.”  And then, “This is a generally weird song and I genuinely hope you like it,” he said of “I Recognize the Light”, before they started playing it.

The gals in the front row did their best to shake hips and dance, especially during “The National Health”, “Hips and Lips”, “A Fortnight’s Time”, and “Books from Boxes”, but these songs beg for a proper mosh pit and more excitement from the audience.

Again, what was lacking in quantity was there in quality. Maxïmo Park gave an amazing performance in the underground dreamlike acoustics of the Doug Fir with the frequencies bouncing off the logs and the vibrations filling all in attendance.

Maxïmo Park playing “Lydia, the Ink Will Never Dry” live at Doug Fir Lounge in Portland, OR on May 14th, 2014: