<img src="http://www.qromag.com/wp-content/uploads/2012/09/melvinssep22.jpg" alt="Melvins : Live" />The only thing predictable about Melvins over the last quarter century is their consistency. ... 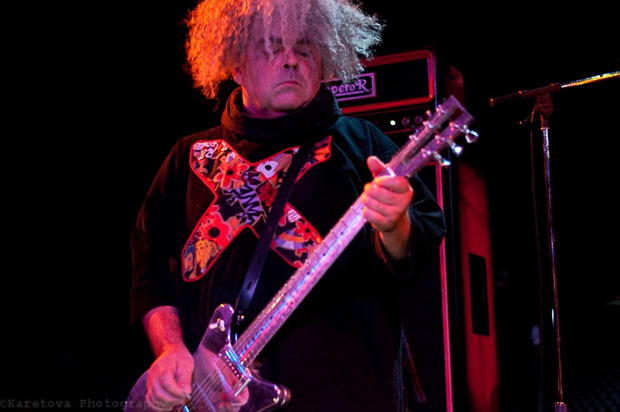 The only thing predictable about Melvins over the last quarter century is their consistency.  Their most recent tour serves as a reminder of their unpredictability, combining two interesting turns.  First is the collaboration with Trevor Dunn (Mr. Bungle, Fantômas, Tomahawk, Secret Chiefs 3, etc.) which led to the recent album Freak Puke.  Temporarily eschewing the double-drummer format that their collaboration with Big Business created, the current lineup features only Osborne, Crover, and Dunn on stand-up bass.  Second is the decision to attempt the Guinness World Record for fastest tour of the US, playing all 50 states and Washington, D.C. in 51 days.  What possessed a band in their mid-to-late forties to go for such a grueling tour schedule is anyone’s guess, but the other question that is raised is how this will affect their performance. 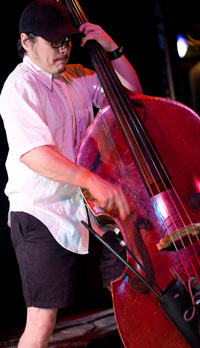 Saturday, September 22nd saw them coming to The Vogue nightclub in Indianapolis.  Their touring partners for most of the tour, including this night, are Tweak Bird.  A young guitar/drums two-piece, they combine relatively Melvins-like sludge with sparse, clean, high-pitched harmonies.  After their set and a short break, sheets of noise signaled Melvins’ imminent arrival.  Trevor Dunn walked on stage and began playing some slow, seasick bass with his bow.  After a few minutes, Dale and Buzz walked on and added to the unsettling sound.  Eventually a song arose from the murk and Melvins didn’t look back, never really stopping except to tell a brief anecdote about the last time they were in Indianapolis.  The set built like that first song did.  They got the experimental stuff out of the way first, and by the time they were at the midway point they were breaking into heavy Houdini favorites “Hooch” and “Night Goat”, peaking with the Wings (yes, Wings) cover “Let Me Roll It” from Freak Puke.  The set unwound with some lesser-known songs before ending with only Dunn on stage again.  He was in full freak-out mode until suddenly a rendition of “Somewhere over the Rainbow” broke through, signaling the return of the rest of the band for an encore, which ended with Dunn alone on stage once more. 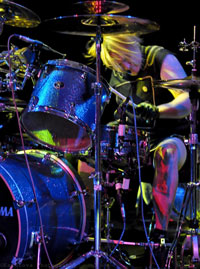 Eighteen days in and there is no sign of fatigue, although their stamina is not that surprising given Crover’s tendency to drum for one or more of the openers in the past.  Their set was a little shorter than one might expect, although still a solid hour and twenty minutes.  Even if it was shorter, you couldn’t blame a band that needs to roll in, set up, play, and get to the next gig with enough left in the tank for 51 consecutive days.  You also couldn’t blame them for taking a couple weeks off on the beach when their tour concludes in Hawaii on October 25th, but one doubts anything of the sort will happen with Melvins.  Likely, they will quickly move on to the next project, even if they haven’t had the time to figure out what that project is yet.