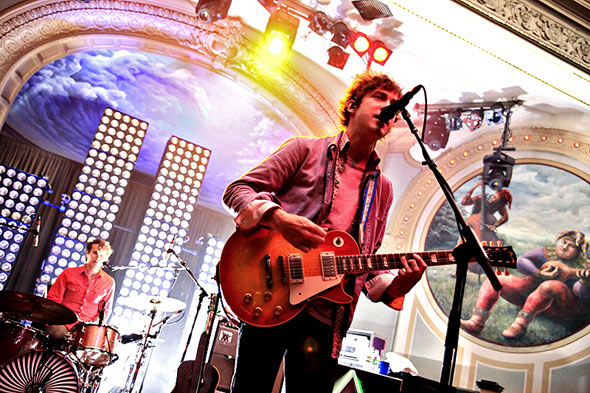 Click here for photos of MGMT at 2013 FYF Fest in Los Angeles, CA in the QRO Concert Photo Gallery

Click here for photos of MGMT at 2012 Osheaga Music Festival in Montreal, PQ, Canada in the QRO Concert Photo Gallery

Midway through their June 1st, Tuesday night set in Portland, Oregon, MGMT frontman Andrew VanWyngarden singled out “Siberian Breaks” to dedicate to those in the all-ages portion of the Crystal Ballroom’s age-divided room.  The song, from the group’s recent release Congratulations (QRO review), is fairly ambiguous on a lyrical level.  In VanWyngarden’s own words, “There’s no reason / There’s no secret to decode.”  As is the case with much of the Congratulations material, though, there is plenty to decode on a musical level.  The song’s familiar melody nags at the brain.  Is that harmony familiar from a Beach Boys record?  Are the keyboards reminiscent of something from a John Cale production?  While “Siberian Breaks” is a fine song in its own right, it serves two adverse purposes: in addition to being a highlight of Congratulations and a reason for listeners to return to that album, it also sends listeners off in the other direction, toward pop records of the late ‘60s and ‘70s, seeking the source of the nostalgic chill the song inspires.

With their breakthrough singles “Time to Pretend” and “Kids”, MGMT 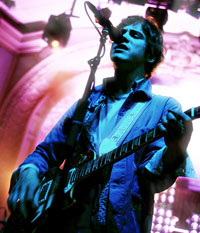 positioned themselves as a band, young as they were, with something to say to those still younger.  In those songs and throughout the accompanying record, Oracular Spectacular, the group put their message into words.  Whatever “Kids” lyrics “Control yourself / Take only what you need from it” mean, they are clearly phrased as a directive.  One stereotype of the sophomore-record scenario is that a young group, overwhelmed by the pressures of success, will attempt to shake off their audience with an insular, inaccessible record.  MGMT dealt with that pressure in a healthier way.  Not interested in turning their audience off, they embraced their popularity as an opportunity to turn their audience on.  Turn them on, that is, to Dan Treacy, Brian Eno and Spacemen 3, to name a few.  Abandoning the band’s image as bare-chested, face-painted young sages, Congratulations simply and effectively communicates the joy of eccentric listening. 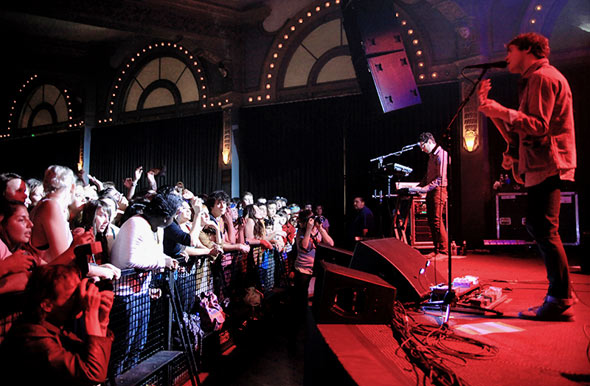 It’s no surprise that the bare-chested and face-painted fans were mostly found in the 21-plus portion of MGMT’s audience.  Pop music is always youth-oriented to some extent and fully-grown listeners generally approach the music not to be challenged, but to be placated.  These fans don’t believe that they have anything to learn from the group.  The music helps them feel young and, for an evening’s entertainment, that is all they are looking for.  The younger fans, of course, don’t need any help in that department.  They look to VanWyngarden and his MGMT cohort Ben Goldwasser to share with them the wisdom of experience and to maybe point them toward some good records. 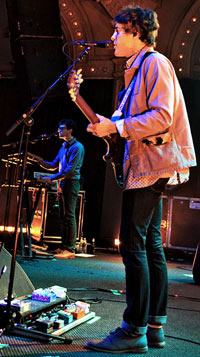 As it happens, MGMT need their young audience’s energy as much as the venue needs drink revenue from the older crowd.  Although MGMT’s touring band was admirably professional, with every note in place and a particularly powerful performance by Congratulations participant and touring drummer Will Berman, several songs, notably those big hit singles, relied heavily on audience participation to come across.  Far from the towering mass of synthesizers and the overall hugeness of the studio version, Tuesday’s version of “Time to Pretend”, with its lone synthesizer squiggling in the vastness of the Crystal, would have seemed weak without the audience’s energy behind it.  Likewise, the group’s performance of “Kids”, the evening’s closing number, would have been downright ridiculous if the song wasn’t so beloved by the group’s fans.  Stepping away from their instruments, VanWyngarden and Goldwasser each took a microphone in hand and sang the song to a pre-recorded backing track, subtly augmented by the remaining musicians.  Despite the crowd’s energy and the charming silliness of MGMT’s slick-pop posturing, there is no getting around the fact that a soundboard fade-out is a singularly un-dramatic way to close a performance. 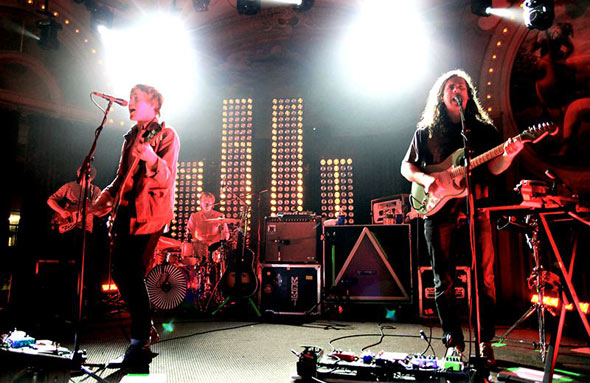 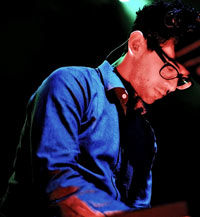 As they proved with the studio versions of “Time to Pretend” and “Kids”, MGMT know how to win an audience.  If there is a narrative thread that links the broadly embraced Oracular Spectacular with the widely mistrusted Congratulations, it is that of a group making the admirable decision to focus their energies on improving on their weaknesses rather than capitalizing on their strengths.  Although their best-recognized songs were among the evening’s weaker performances, one wonders at the rehearsal time the band must have put into the little-heard “Destrokk” to transform it from capable electro-pop into riveting Krautrock or to turn one of Congratulations‘s weaker moments, “I Found a Whistle”, into a wholly convincing monster ballad.

Like kids themselves, MGMT don’t necessarily seem interested in presenting themselves in a flattering light.  Deemphasizing their easily-recognized public identity in favor of complex pop experiments like set-opener “Flash Delirium”, they stand the risk of alienating their public even as the work they have put into exploring every corner of their collective musical psyche pays off in glorious, unexpected ways. 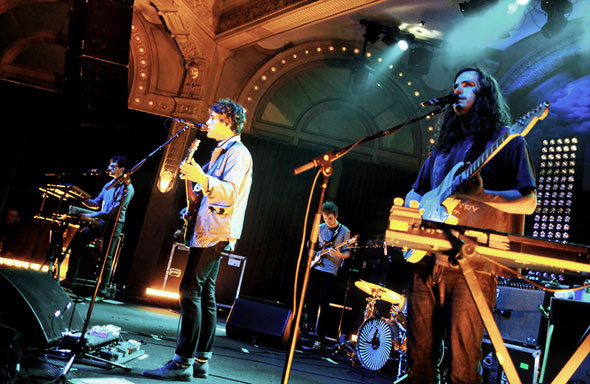