<img src="http://www.qromag.com/wp-content/uploads/2011/11/mogwaioct28.jpg" alt="Mogwai : Live" />In the sense that they created a new musical direction that combined different known elements in a new way, Mogwai can be considered... 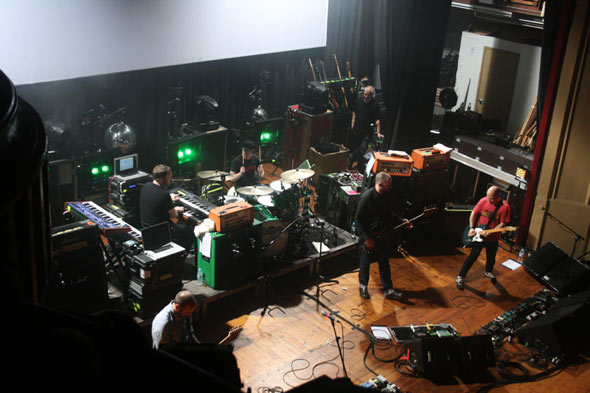 Click here for photos of Mogwai at House of Blues in Boston, MA on June 16th, 2012 in the QRO Concert Photo Gallery

Click here for photos of Mogwai at 2012 All Tomorrow’s Parties: I’ll Be Your Mirror at Alexandra Palace in London, U.K. in the QRO Concert Photo Gallery

Click here for QRO’s review of Mogwai at Wonder Ballroom in Portland, OR on May 5th, 2011 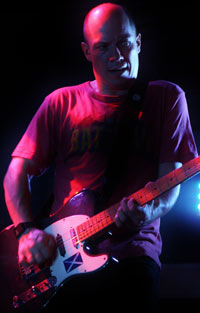 When we think about music classics we may think about The Beatles, Bowie, Hendrix, The Doors, Joy Division, The Stooges, The Velvet Underground… those who have given something very big to the music and influenced others (be careful with who you chose, as you may be thinking of mummies, not classics).  It is a bit difficult to think of, or to accept, modern classics, probably because their career is not as vast as those aforementioned or, maybe, because their classis tracks are not as grandiose as those of the old classic combos. 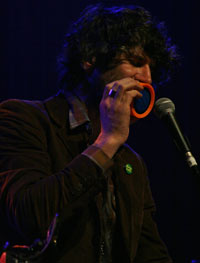 Mogwai are currently immersed in the tour supporting their latest couple of records, Hardcore Will Never Die, But You Will (QRO review) and the EP Earth Division, and their visit to Barcelona’s Casino l’Aliança del Poble Nou on Friday, October 28th was highly anticipated, with all tickets sold many days beforehand.

Opening the gig was Super Furry Animals leader Gruff Rhys playing songs from his latest record, Hotel Shampoo.  In a short set, Rhys combined straight folk with some percussion loops and some other herbs in a curious mélange that, even though it didn’t work in some moments due to technical difficulties, was well received by the audience, basically because it’s good. 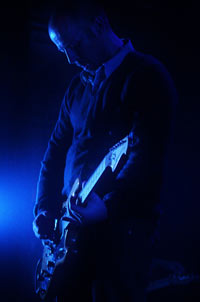 Maybe Mogwai’s show was not much different from past tours or from their last visit to Barcelona, at the Primavera Sound Festival (QRO recap), but there were some surprises and also the traditional intensity of the quintet’s live shows.  The first three songs of the set, “White Noise”, “I’m Jim Morrison, I’m Dead” and “Friend of the Night” put the cards on the table: intensity, epic, the fluctuation between the calm and the storm, an impeccable sound and the flow of five friends playing together were the main ingredients of the night.

Playing a theatre (that is, with people sitting down) was not limiting the band in any way, but an emotional Italian fan jumped from his seat during “Death Rays” and started encouraging the rest of the audience to do the same and get as close to the band as possible. 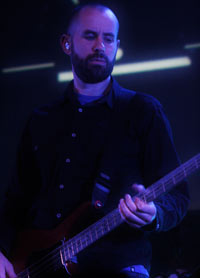 A minute later, Stuart started playing “Rano Pano” and then euphoria ensued.  From then on “You’re Lionel Ritchie”, “Hunted by a Freak”, “How to be a Werewolf” and the essential “Helicon 1” ended the first part of the set.

For the encores, the presence of Gruff Rhys made for playing a song the band rarely play live, the Welsh-sung “Dial:revenge”, then another classic, “2 Rights Make 1 Wrong”, and the end with the novel and rocky “Mexican GP” closed one of the best gigs of 2011 in Barcelona.

Nowadays a ‘90s band like Mogwai may not surprise anyone, but as Radiohead (QRO album review), Portishead (QRO photos), or Massive Attack (QRO live review), they represent a way of looking at music and of playing music that is distinctive of that time, that has a uniqueness that was born then and it’s still alive today, not only from Mogwai but that can be traced to bands like Explosions in the Sky (QRO album review), Del Rey (QRO photos) or Red Sparowes.  So, in the sense that they created a new musical direction that combined different known elements in a new way, Mogwai can be considered modern classics. 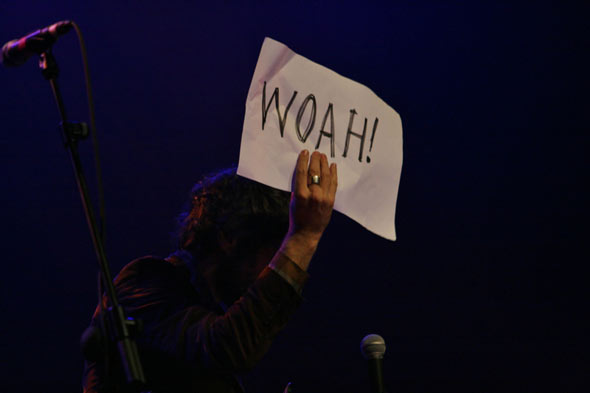 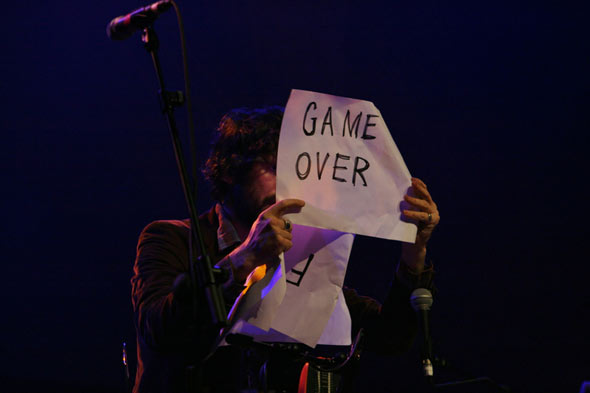