<img src="http://www.qromag.com/wp-content/uploads/2009/05/naomigreenwald.jpg" alt=" " />Amongst all the alt-country out there, one voice that should be heard is Naomi Greenwald's.<br />... 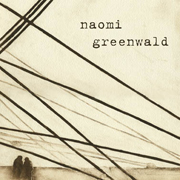 At times, it can seem like there are just too many alt-country/indie-folk singer/songwriters out there these days.  They come from not just the vast middle of the continent (including Canada), but even from such urban settings as Los Angeles and New York.  It’s easy to write & perform on your own, and technological advances have made it much easier to record, produce, and even distribute on your own as well.  And the overnight success of such one-person acts as Bon Iver (QRO album review – remember when Justin Vernon was just the touring guitarist for The Rosebuds – QRO photos from then – and the boyfriend of Elizabeth Powell – QRO interview – of Land of Talk?…) only inspires more of them to get in the game, and more of the music industry to look for them.  But every now and then, one comes across a voice in this vein that deserves to be there, deserves to be heard, and L.A.’s Naomi Greenwald is one.

Of course, calling Greenwald ‘alt-country’ or ‘indie-folk’ does her some disservice.  Yes, her unsigned, self-titled debut EP does tread in that genre throughout, but she often goes farther.  “Desire To Fall” mines some of the indie-press she used to do back in New York with members of the then-not-yet-to-be-formed Up the Empire (QRO photos).  The sad press-rhythm of “Fading” lifts up the real alt-country twang.  And standout “Lonesome” sees some great, complicated, compelling guitar play well matched to her already compelling voice.

There is still some more straight-up alt-country, like with the sweet & sad “Be Well Away”, or in the pluck & strum of the following “Daedalus”.  And opener “Secret Assembly” puts down some lap guitar slide – unfortunately, Greenwald begins and ends her EP with the two worst tracks, the somewhat preening “Assembly” at the start, and the siren-moan “Foolish”, which just goes on & on, at the end.  But Naomi Greenwald EP is more than just another marriage of coastal alt/indie and midlands country/folk (she is originally from deep Pennsylvania, before moving first to Sodom, and now to Gomorrah), but a voice that should be heard above the din.