Four days after the U.S. release of <i>My Head Is an Animal</i>, the six piece Icelandic group Of Monsters and Men took to the House of Blues Boston to... 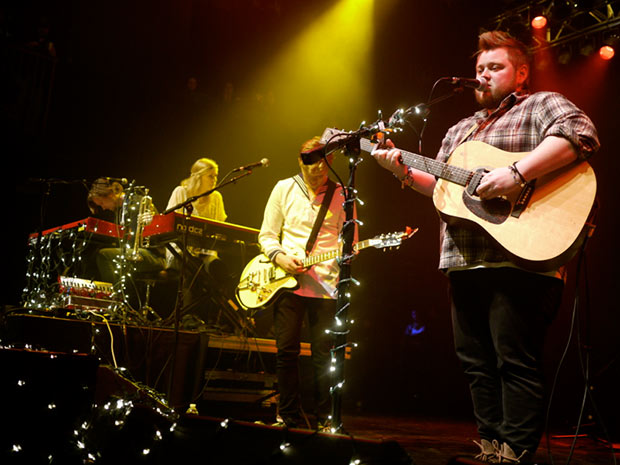 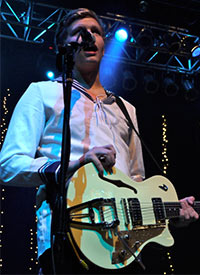 Four days after the U.S. release of their first full-length album, My Head Is an Animal, the six piece Icelandic group Of Monsters and Men took to the House of Blues Boston on Saturday, April 7th to a sold out audience.  The stage, strewn with white Christmas lights, draping from drum kit to mic stand to speakers, set a relaxed mood within the venue by giving off the impression of a campfire atmosphere deep in the Icelandic countryside.  The indie folk band started off with “Dirty Paws”, the first song off the new album, before acknowledging the packed house and igniting a loud roar of approval from the crowd. 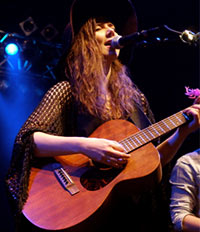 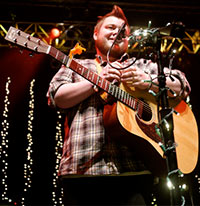 still seemed amazed at the massive crowd they’ve been raking in at each stop across their North American tour and this stop was no different.  Are they surprised?  Seems it.  Should they be surprised?  No, because when you release an album like My Head Is an Animal and play nearly the whole thing at each show, there are many, many people who will give you their approval.

Of Monsters and Men playing “Little Talks” live at House of Blues in Boston, MA on April 7th, 2012:

“From Finner” and “Love, Love, Love” slowed the pace of the show, but as soon as the opening notes to “Little Talks” began, a frenzy erupted.  Hands flailing, screaming, security guards jumping on barracks to snap a picture or get a quick glimpse – it was obvious this was the song that propelled Of Monsters and Men, but it wasn’t the only one that drew such a rise out the crowd.  The easiest song of the night to sing along with seemed to be “King and Lionheart”, the crashing of the cymbals lining the chorus and keeping everyone, band and audience, singing in unison. 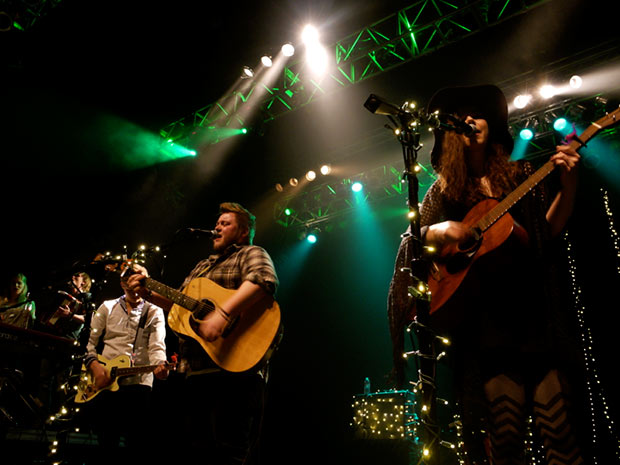 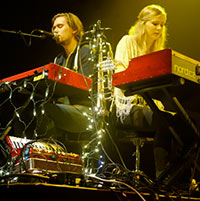 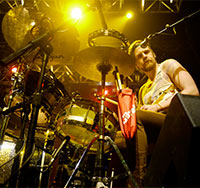 had clearly already fallen in love with, the show came to a close with “Beneath My Bed”, ironically not found on My Head Is an Animal.  It was well known that Iceland was in the House that night, whether from the faint accents on stage or the Icelandic flags being waved side to side.  Let’s just hope Iceland comes back to this House in the near future. 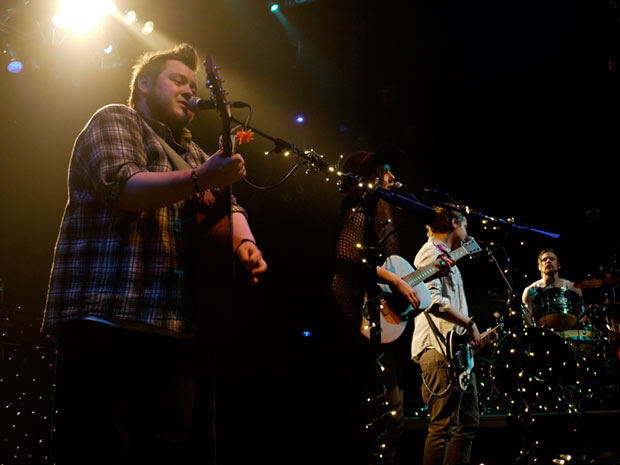