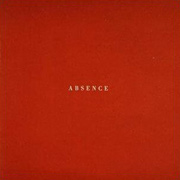 Click here for photos of Paper Route at SXSW 2012 in Austin, TX in the QRO Concert Photo Gallery

Click here for photos of Paper Route at Webster Hall in New York, NY on September 23rd, 2009 in the QRO Concert Photo Gallery

Click here for QRO’s review of Paper Route at The Middle East in Cambridge, MA on February 6th, 2009

Click here for photos of Paper Route at Bowery Ballroom in New York, NY on February 4th, 2009 in the QRO Concert Photo Gallery

As they did so well on their Are We All Forgotten EP (review), Nashville rockers Paper Route drench a high-flying alt-rock vibe in a wash of electronics on their debut album, Absence.  It’s a clever take on the pop-driven rock that’s filled radios since the mid-90’s thanks to the darker edge the band achieves while delivering heart-felt, straight-forward lyrics.

With the unapologetic density that dominates Absence, the band are able to channel a sharp poignancy on each track.  From the rolling, fuzzy wash of the opener "Enemy Among Us" to the highly-energetic, soaring "Wish" and "Carousel" to the endearingly futuristic finishers "Lover’s Anthem" and Dance On Our Graves", the album has a wide array of moods all kept in focus by a nothing less than rare ability to mix staples of popular rock and electronics that have, until now, lived in separate worlds.  Multi-textured rock guitars go along effortlessly with synth arrangements, drums made from non-existant materials, and vocals & lyrics that have Top 40 written all over them.

In a world where more and more artists experiment with being a "crossover", Paper Route quietly pull it off with grace.  Absence is rich with gripping melodies and arrangements, and electronic rock has a new niche carved in it thanks to it.

MP3 Stream: "Enemy Among Us"