It's been three years – three long, winding, and dramatic years – since Paramore last rolled through Boston.... 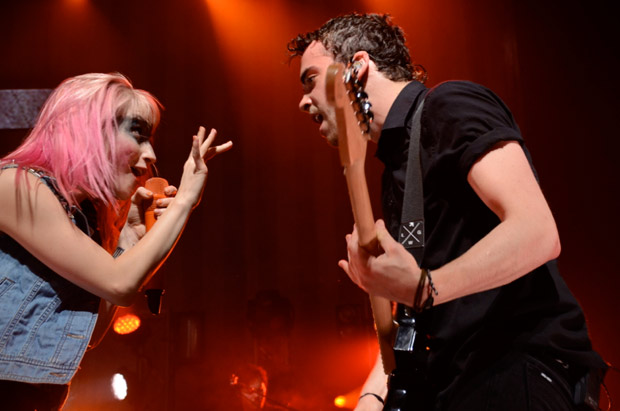 It’s been three years – three long, winding, and dramatic years – since Paramore last rolled through Boston.  A lot has changed since this city was last graced with the fiery, energetic rock group.  On Wednesday, May 15th, the House of Blues Boston reunited a couple thousand frantic Paramore fans that have been heavily anticipating a tour stop in this little pocket of the world once again.  Coming straight off their recently released self-titled album (QRO review) just one measly month ago, the new three-piece did not disappoint their long-awaited return. 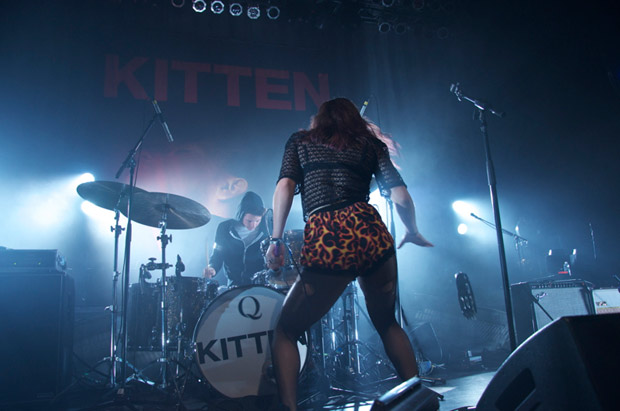 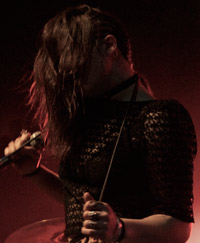 Anyone over the age of thirty was in the minority, as the venue packed this weeknight with teenagers and twenty-somethings, who were first introduced to opening act, KITTEN.  Dance, synths, and pop-rock were all prevalent in molding the sound of KITTEN, but the main attraction was the on stage antics of lead singer Chloe Chaidez, who surprised even the most veteran of concert-goers.  From climbing on speakers to riding on the shoulders of security personnel, to crowd surfing and performing headstands, Chaidez kept the audience glued to her the entire time, while somehow simultaneously having enough breath to belt out a forty-five minute set.  It was controlled chaos in its finest form and the band didn’t miss a beat.  It’d be an understatement to say KITTEN didn’t walk away from this show with dozens of new groupies.  A warm and strong setup, but the venue was eagerly awaiting three specific people. 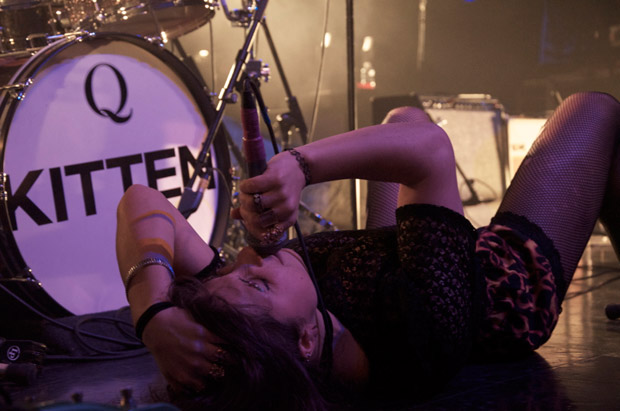 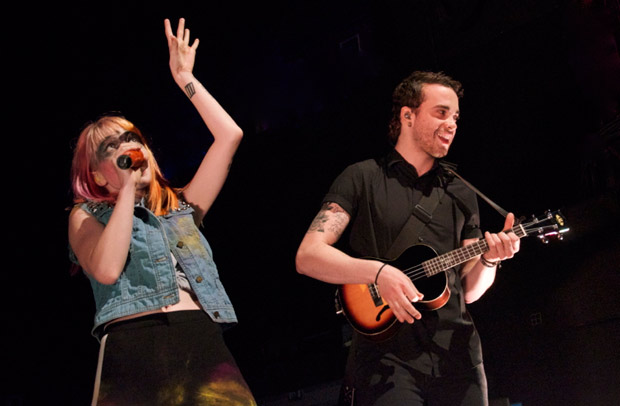 Click here for photos of Paramore at Phones 4u Arena in Manchester, U.K. on September 20th, 2013 in the QRO Concert Photo Gallery

It’s an uneasy feeling from both the band and fan’s perspectives when a major transformation takes place and the future of such a beloved group is tested.  If Wednesday night didn’t assure you that this band is completely revitalized and ready to unearth the most lively, dynamic performance you’ve seen, well, live shows may just not be your thing.  A new monster has been unleashed.  There are no limits for singer Hayley Williams, bassist Jeremy Davis, and guitarist Taylor York.  If anything, a new creature has risen and this high-powered force is anything but cautious.  It’s full steam ahead now, and boy, is that exciting. 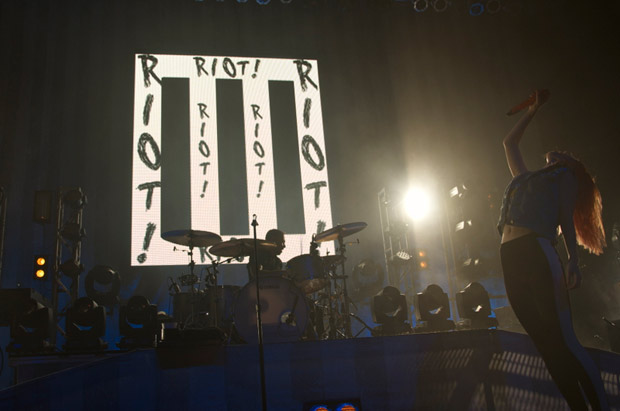 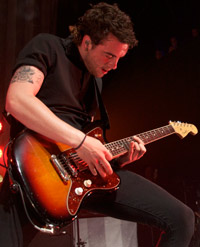 After opening with “Moving On”, a ukulele lined song from their recent self-titled effort, the trio immediately dipped into fan favorite “Misery Business” off of 2007‘s Riot! to accompany the bellowing cries from the crowd that were at times so loud and forced that they turned into gargled screaming from exhaustion.  This was only the beginning but it was a testament to how boisterous and electric the atmosphere would be the remainder of the night.  Constant head banging (in unison!), a good old school pressure flip, as well as air blasts and confetti all made well-timed appearances.

A solid mix of old and new created the nineteen-song set, which included the likes of “Whoa” from the groups first album All We Know Is Falling, to the fairly new single “Now” that included a brief slap bass stint for Davis at the end.

It isn’t so much a set list that creates the most enjoyment though, and is instead more the interaction between band and attendees.  Paramore perfects this in every way possible.  Along with the (sometimes) brief conversations from Williams in between songs, the band thoroughly ignited the crowd by covering every inch of the stage jumping and flailing, dragging the mass of people in front of them along on this ride.  This was proven at the end of “Let the Flames Begin” as Williams, Davis, and York simultaneously propelled everyone (including themselves) into a whirlwind. 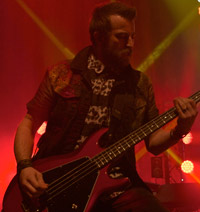 Grins from ear-to-ear were shared on stage and off throughout the night.  During “The Only Exception”, Williams called a couple on stage as the gentleman had planned a proposal for this moment with his girlfriend and their dream of the future was sealed as she said yes.  It seems a bit of southern hospitality is carried with these Tennesseans around the world too; not many rock star bands would consider doing this.  It’s evident that all three are enjoying exactly where they are right now, which is exhibited by their on stage chemistry – it’s truly top notch, bar none.  The night was capped off by “Proof” and “Brick by Boring Brick”, with everyone in the venue longing for at least one more song before departing.

Don’t fret Paramore fans; the core is still pumping out energy by the ton even with the exit of two members.  The chemistry exploited live completely exceeds the norm.  There isn’t anything lackluster from this makeover.  You’ll still be sweaty and tired by the end and if the misconceived perception that this group is for the younger generation crosses your mind, erase it.  You’re missing out. 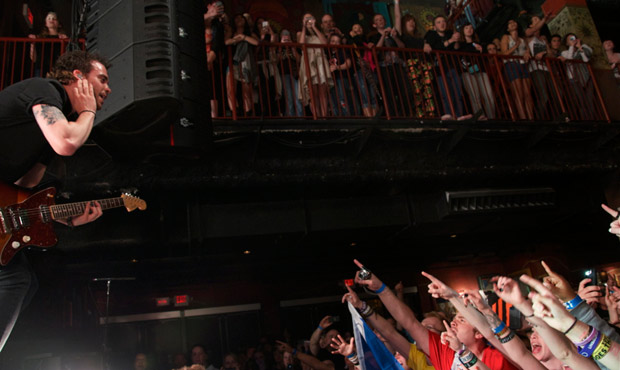 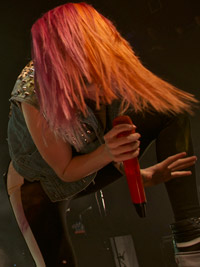 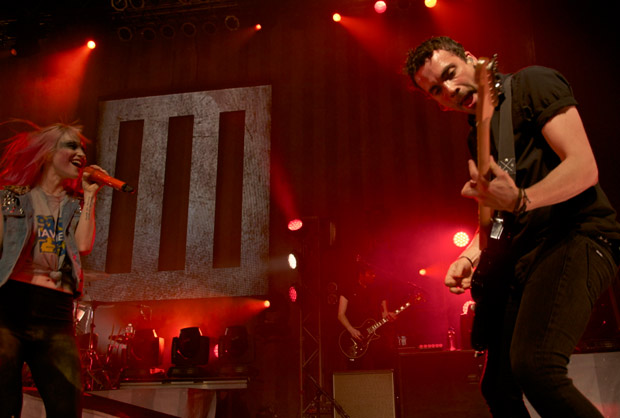