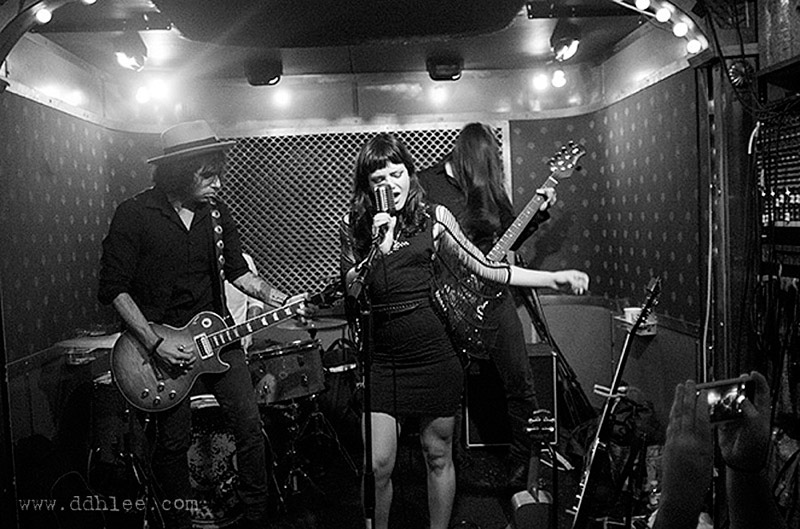 Pete’s Candy Store is located on 709 Lorimer Street, on the corner of Lorimer & Richardson Street, a block northeast of the Brooklyn-Queens Expressway, and one block south of McCarren Park (and the late McCarren Park Pool).  It lies one block southwest of The Shank and four blocks north & one block east of Union Pool.  It is an actual former candy store (in the tradition of the similarly formerly sweet Cake Shop, or next-door-to-a-market Arlene’s Grocery), with a former train car attached at the back, as the actual venue.

The former candy store front room is a bar, with a sliding door that opens to the back train car venue, and a side hall that links the two as well.  The stage floor, such that it is, is the far end of the train car, with no riser.  There are chairs and tables along both sides of the train car, with a narrow space, no more than two or three people wide, in between.

While the train car has a colorful, somewhat turn-of-the-century décor, the long, thin space, and the tables and chairs, make it quite hard to see the band, or move around at all (such as to go to the bathroom or get a drink), if the place is packed.  The acts usually tend towards the small solo artists (it can be hard for larger bands to all fit at the back end), more ‘coffee shop’ than an actual concert venue, as Pete’s is also always free.  Not a must-see by any stretch of the imagination, but nicer than your usual free spot.

709 Lorimer Street (on the corner of Lorimer & Richardson Street) 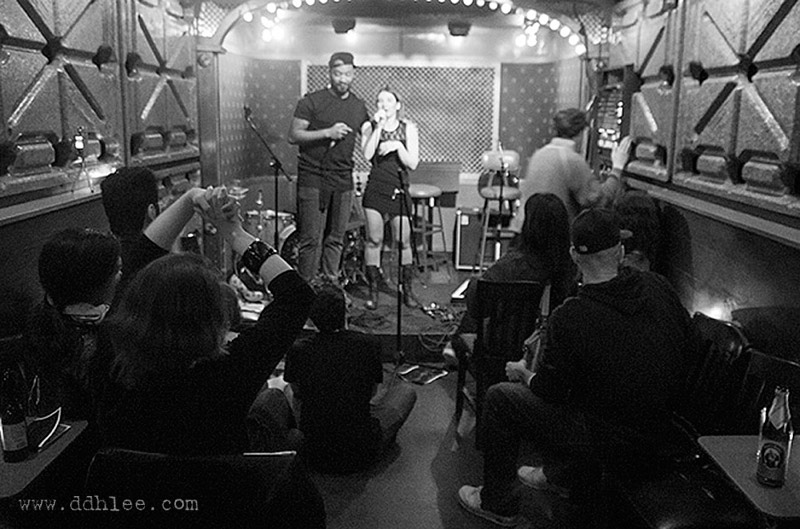