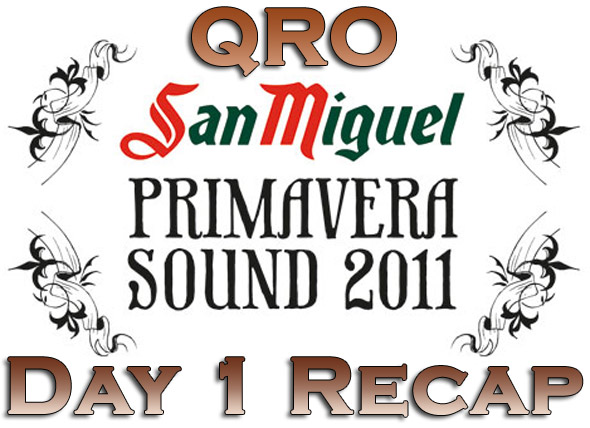 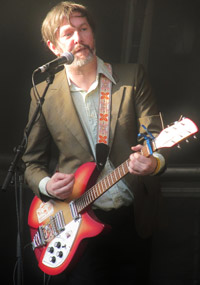 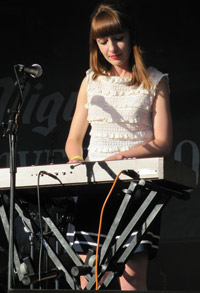 After the delicious noise rock and pop made by the Japanese trio Nisennenmondai, reminiscent of Sonic Youth (QRO live review), Can, Neu! or Lightning Bolt (QRO photos), the British Comet Gain displayed a subtle set of electric pop that woken the audience up after the artsy previous band, with tunes like “Love Without Lies”.  This way, David Feck and co. paved the way to the big name of the night. 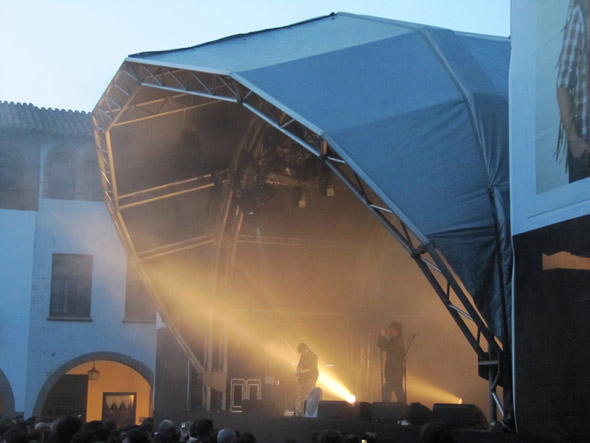 Click here for QRO’s review of Echo & The Bunnymen at Paradise in Boston, MA on May 9th, 2011 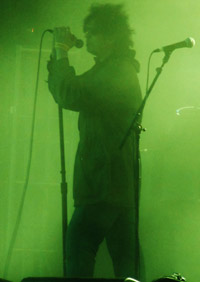 Echo & The Bunnymen, one of the very first bands to play the PS – in 2002 in this case – played a gig based on their first two records, Heaven Up Here and Crocodiles.  Ian McCulloch adopted his usual persona, impassive and still during the songs, with an overall image that reminded of Andy Sirkis playing Martin Hannett in 24 Hour Party People.  As for the music itself, it looked like Heaven aged not as well as Crocodiles which was the highlight of the gig, but the band didn’t make an exercise of nostalgia of it, with versions adapted for a six piece band that sounded vigorous and solid.  The encores included their U.S. hit, “Lips Like Sugar”, that concluded a good 90 minutes of music from one of the best ‘80s bands. 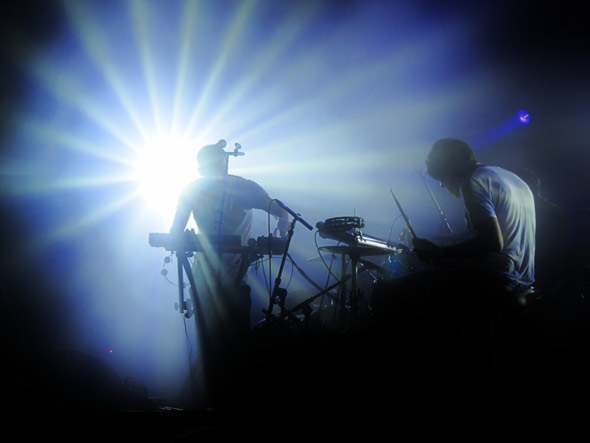 Click here for photos of Caribou at Music Hall in Williamsburg in Brooklyn, NY on May 7th, 2010 in the QRO Concert Photo Gallery 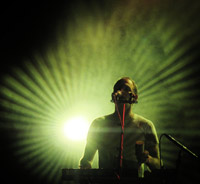 But the triumphant band of the night was Caribou.  Dan Snaith keeps on being a sort of a curious and free spirit, mixing pop, psychedelia and electronica in a way that makes a repertoire quite difficult to predict.  Displaying his most festive side, Caribou just gave the audience what they wanted: fun, electricity and loud music.  Tracks like “Odessa” made the audience jump and the ovation to the band at the very end of the gig spoke for itself.