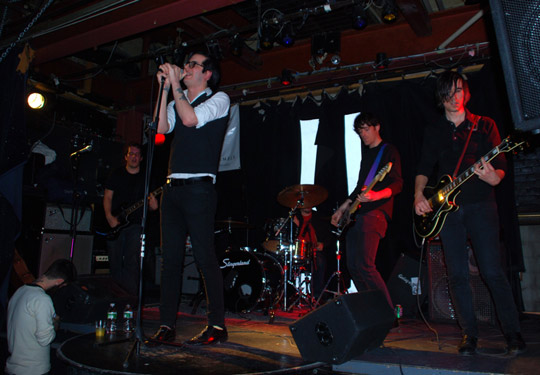 Public Assembly closed its front room for renovations during the summer of 2013, and has not reopened.

Public Assembly is located on 70 North 6th Street, Brooklyn, between Kent and Wythe Avenues.  Previously known as Galapagos, the space was purchased in 2008 by the owners of Park Slope’s Southpaw, who moved the Galapagos art space to DUMBO, and renamed the space the far less imaginative ‘Public Assembly’ (and this was after a contest to come up with a new name…).  It lies two doors up from Music Hall in Williamsburg, and a few blocks down from Cameo.  On April 26th, 2009, the venue was twice featured on Law & Order: Criminal Intent on USA, in an episode about the murder of two hipster musicians.

The first thing that stands out about Public Assembly is the entrance: one walks by the shallow reflecting pool that takes up nearly the entire front space of the venue before reaching the doorman.  Broken up into a front room and back room, down a hall to the right, past the bathrooms, the front room stage is at the far end, past the reflecting pool, tables and chairs (including classy poolside deck chairs), and the bar (also on the right).  The stage is raised higher than at other venues of similar size, four to five feet, with steps leading up straight from the stage floor.  It’s a relatively shallow stage, however – between acts, when gear is being brought on and off, curtains are drawn in front of it.  The back room has its stage to the right of the entrance (a foot at most up), a small bar to the left, and some kind of incongruous linked folding chairs (like something from an old-timey event hall).

Somewhere between the art space it once was, a music venue like nearby Music Hall (which also changed its own name after change in ownership, from Northsix), and a nightclub like those between it and Bedford, Public Assembly is still somewhat finding itself.  Thankfully, ticket and drink prices are relatively low for a venue its size, though it also bats under its weight in terms of acts, and the high, shallow stage makes problems as the musicians are too close, leaving them either in darkness or blazing light.  Only time will tell what will become of the space. 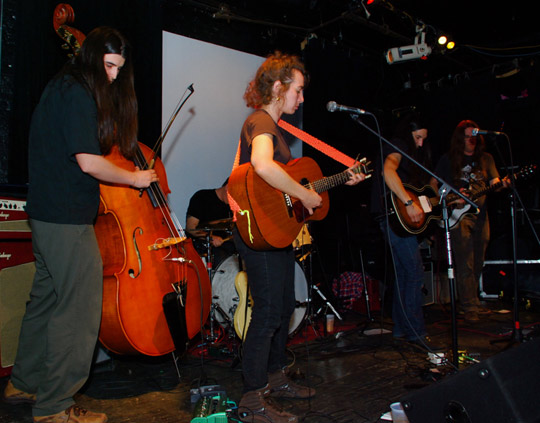