In their first album in over five years, despite the absence of guitarist John Frusciante, Red Hot Chili Peppers' return is with a vengeance. ... 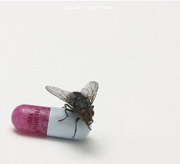 Few bands have enjoyed the longevity that Red Hot Chili Peppers have, and few bands have weathered as many storms – particularly in the arena of guitarists.  Throughout the history of the band, that position has been somewhat of a revolving door.  In 2009, beloved and longest-lasting guitarist John Frusciante called it quits for the second time in his history with the band.  However, this time his departure was more peaceful than the first.  While his absence is surely felt, his protégé, oft-collaborator, and replacement Josh Klinghoffer is doing better than expected with filling his shoes on the band’s latest album.

After the touring cycle for 2006‘s double album Stadium Arcadium ended, the band needed time to rest and regroup.  It was during this two-year hiatus when Frusciante decided he wanted to further pursue solo endeavors.  Also during this time bassist Flea studied music theory at the University of Southern California, lead singer and lyricist Anthony Kiedis took time out to be with his son, and drummer Chad Smith enjoyed a good measure of success with his other bands: supergroup Chickenfoot and the jazz-funk fusion-based Chad Smith’s Bombastic Meatbats.  At points, the future of Red Hot Chili Peppers was in question.

Thankfully for the listening public, Kiedis and Flea couldn’t deny the legacy and brotherhood that they have shared for so many years, and decided to plunge ahead.  Now the Chili Peppers are back with fourteen groovy tracks that collectively go by the name I’m With You.  This is their first album in over five years and despite the absence of Frusciante – the person who arguably made up the majority of their sound and style – their return is with a vengeance.

It is very apparent on this album that the Chili Peppers have gone through a period of rebirth and renewal.  With his newly honed music theory skills, Flea has stepped up to the plate more so than ever as a primary influence over the crafting of the songs.  That coupled with the musicianship and fresh perspective of Josh Klinghoffer has brought out a side of the band not previously heard.  This is evidenced on the gritty verses and soaring disco chorus of “Monarchy of Roses”, the groovy world music feel of “Did I Let You Know”, the bouncy piano-driven “Happiness Loves Company” and “Even You Brutus?”, and the atmospheric day-at-the-beach feel of the album’s closer “Dance, Dance, Dance”.

Without a doubt, the album’s most touching track is “Brendan’s Death Song”.  It is a mournful tune about the death of Los Angeles punk club owner Brendan Mullen.  The band shared a personal connection with him, as he was instrumental in helping their early career get off the ground by allowing them to open for acts such as Bad Brains (QRO photos).  Through his lyrics Anthony Kiedis addresses the band’s reaction to the news of Mullen’s death and his subsequent look at his own mortality.  The result is one of their most solid songs to date.

Amongst all the changes and implementation of new musical styles, on some levels the guys are still up to their old tricks.  Kiedis is still crafting entertaining and geographical lyrics; making up words like “Mozambique-y”, Flea is still a master bassist thumping away with groovy riffs, and Smith is still the heaviest yet most tasteful hitter in the industry.  What makes this album a worthy effort is that it takes what has always been great about the Red Hot Chili Peppers, and couples it with the fresh take their new guitarist.  And those unable to get past that John Frusciante has moved on can take heart in the fact that at times, Klinghoffer’s guitar riffs and background vocals sound eerily similar to those that Frusciante himself used to contribute.

The Chili Peppers are a respectable band simply because of all the points in their career when they could have called it quits and chose not to.  They have soldiered on, played with many guitarists, and are still making music worthy to be included with their best.  While in many ways different from previous Chili Peppers material, I’m With You feels like the Red Hot Chili Peppers that everyone knows and loves, in an attempt to get back to the basics of what they do.  It sounds like and was birthed from four guys getting together in a room to take part in what they love most – making music together and still having something to offer the world.