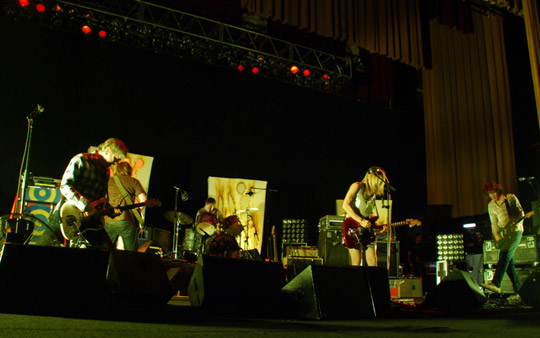 United Palace Theatre is located on 4140 Broadway, Manhattan, between W 175th and W 176th Streets in Harlem.  The theater opened in 1930 as Loew’s 175th Street Theatre, and Rev. Frederick J. Eikerenkoetter II (or ‘Reverend Ike’) and his Christ Community United Church saved it from the destruction that befell most movie palaces in the sixties and seventies when the purchased and restored it in 1969.

Like other ‘grand movie palaces’ that were converted into live music venues, such as Harlem’s more famous Apollo Theater, as well as Midtown’s Radio City Music Hall, past the entrance (after a wrap-around line and metal detectors) is a large foyer, with tables set up for drinks & merch, multiple doors to different main floor aisles, and stairs leading to the balcony.  The seated venue is roughly broken into three sections: front main floor, back main floor (i.e., the part under the balcony), and the balcony, with each section divided in three between left, right, and center.  The décor style is an odd merging of nineteenth century, Vaudevillian, neo-Classical, Asian and more.

United Palace’s size would seem to bump it up to the level of Radio City or Apollo, but it doesn’t have the history or reputation of such places, and its location deep in Harlem is even farther from show crowds than Midtown’s Town Hall (though both are located right off of Broadway).  Ticket and drink prices are understandably high, but not eye-watering.  There is a lot of staff to help you, but for any question greater than ‘where’s the bathroom?’, tend to pass you off to someone else.  The acts booked there are a little random, but always major, such as Bob Dylan, and often alt-major, such Arcade Fire, Beck, and Sonic Youth.  The lack of reputation, odd décor, and far-off locale all make United Palace Theatre more relaxed than other seated ‘grand theaters’ – once you get over the trek, and don’t have too far away seats, actually a pretty enjoyable place to see a major alt-act. 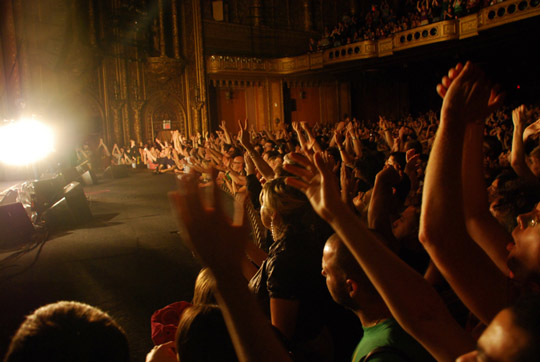