Riot Fest got huge on its second day.... 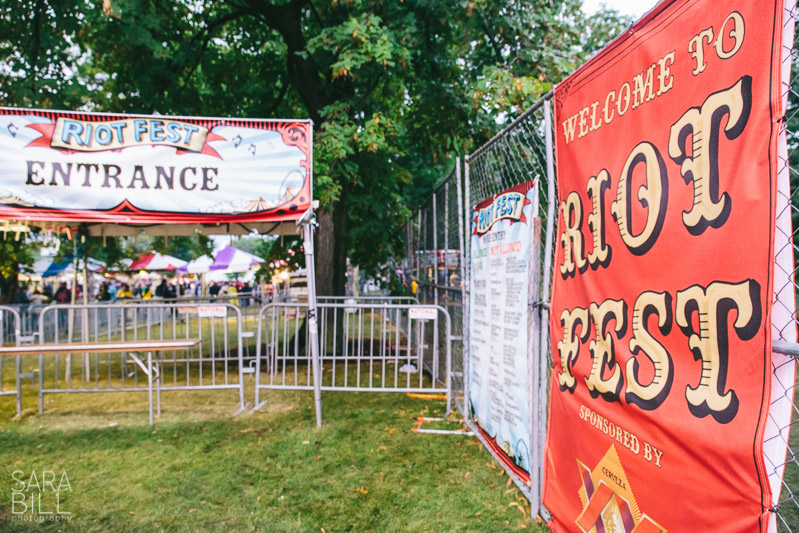 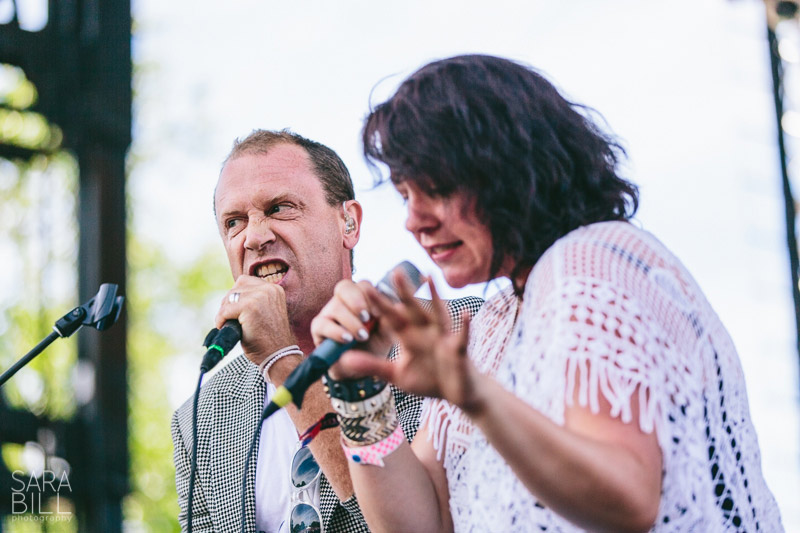 Click here for photos of X at Irving Plaza in New York, NY on September 30th, 2011 in the QRO Concert Photo Gallery

Click here for photos of X at 2011 Riot Fest East at Penn’s Landing in Philadelphia, PA in the QRO Concert Photo Gallery

After the ordeals of arriving the prior day, Saturday of Riot Fest was a whole lot smoother (that’s what happens when it begins before noon on the weekend, not rush hour on a Friday…).  The earlier start of the festival did mean that some acts were missed, like 11:30 AM’s KITTEN, 12:00 PM’s Mephiskapheles, and 12:30 PM’s Surfer Blood & The Dear Hunter – admittedly, Surfer Blood’s new record (QRO review) isn’t that special, but if you were around for the short-lived spike in ska interest in the nineties, you remember Mephiskapheles (who do have one of the best ‘ska’ names…).  Just after those, Memphis May Fire wanted the crowd to jump while the singer screamed, and T.S.O.L.’s Jack Grisham was just happy to be alive (he told a story about having a European tour with Sublime cancelled, due to that band’s singer/guitarist Bradley Nowell’s death – of course, ‘Sublime with Rome’ played the prior day at Riot Fest…).  The day only really started with Los Angeles veterans X and Canadian alt-all-stars Stars, both of whom performed well in the early afternoon sun; meanwhile, it was still too early for all the screaming from The Devil Wears Prada (but is it ever the right time for that?…). 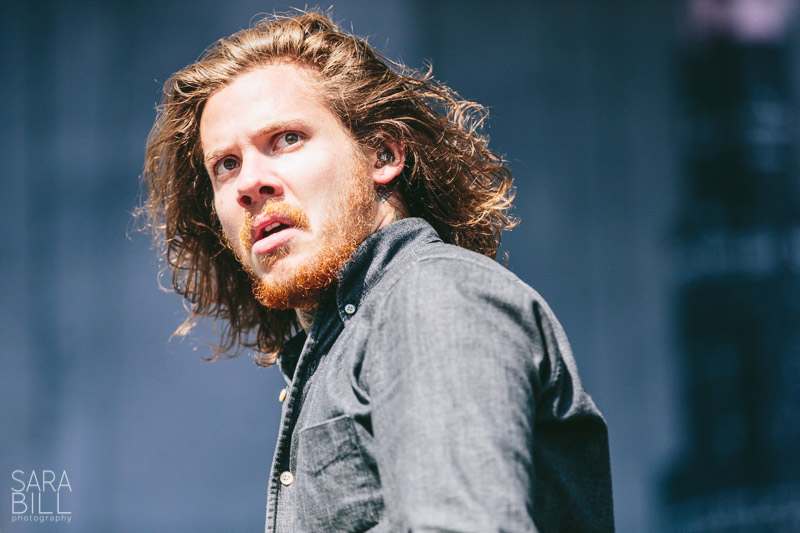 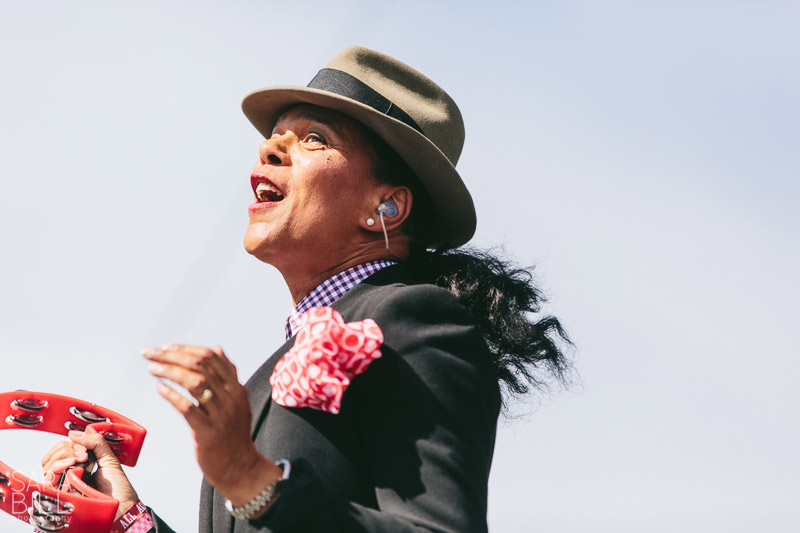 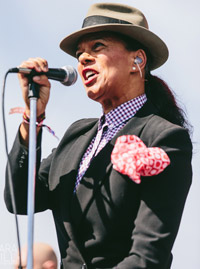 Riot Fest has interestingly had a tradition of crossing over from punk into ska, and while that’s not been a huge leap for a few decades now (not since Operation Ivy in the late eighties/early nineties), it was still really great to the punks skank for The Selecter.  Along with The Specials, The Selecter defined the two-tone ‘second wave’ of ska in the U.K. in the early eighties, and despite the many years since then, they were on fine form at Riot Fest.  Especially special was frontwoman & original rude girl Pauline Black, and it was nice to see that the band still dresses up. 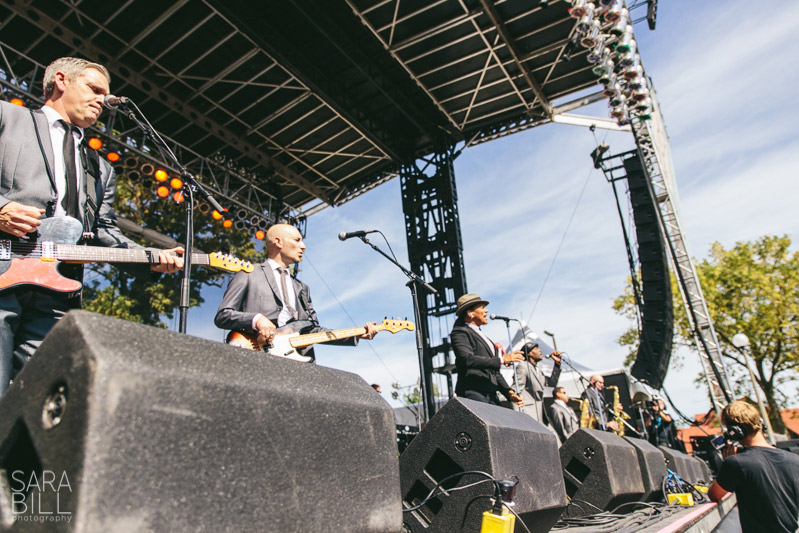 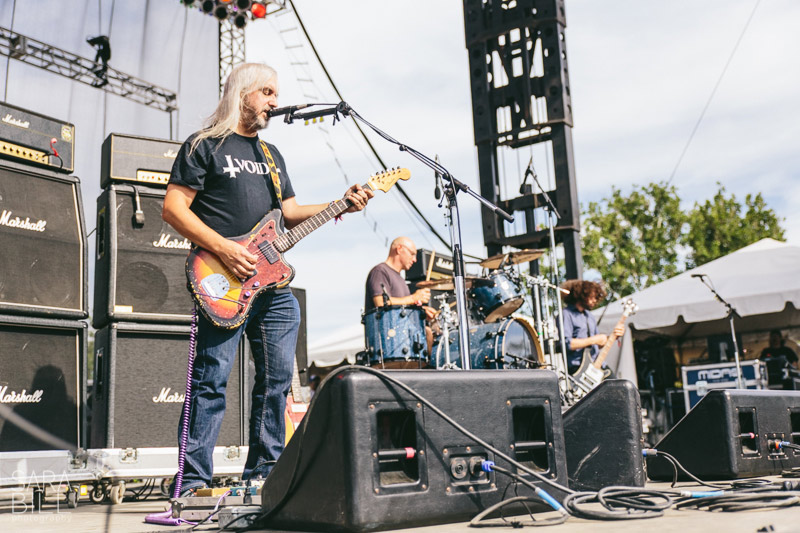 Review of Dinosaur Jr. at Music Hall of Williamsburg in Brooklyn, NY on January 17th, 2010 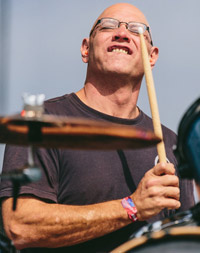 Of all the reunions at Riot Fest and everywhere else, none has been as great as that of Dinosaur Jr.  Singer/guitarist J Mascis (QRO solo album review) & singer/bassist Lou Barlow (QRO solo album review) buried the hatchet first to tour the re-releases of their old records, but have since kept it going with new albums that are just as good as the old stuff!  Oh, and you can’t forget about drummer Murph – never forget about Murph, who it was especially sweet to see behind the kit at Riot Fest, as he’d been missing from some of their festival dates this summer, including Riot Fest Toronto a few weeks ago (QRO photos). 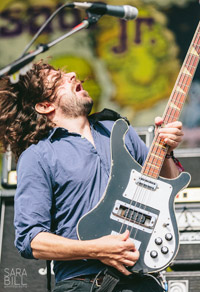 Even if Mascis isn’t the most demonstrative frontman, Barlow more than makes up for it – he rocked so hard that his bass strap slipped off his shoulder not once, but twice, first during “The Wagon”, and then again in closer & classic cover of classic Cure, “Just Like Heaven”.  The fans probably weren’t as familiar with Dinosaur Jr. as they should have been – the biggest cheer was for the intro to later, post-Barlow & Murph single “Feel the Pain” (but that’s a great intro), and the crowd didn’t know to shout, “It’s still you!” during “Freak Scene”.  However, everyone did love the oldest song of the set, from Barlow & Mascis’ pre-Dinosaur band, Deep Wood – “I Didn’t Go To College” (the slowest song from that fast band, it was still pretty fast). 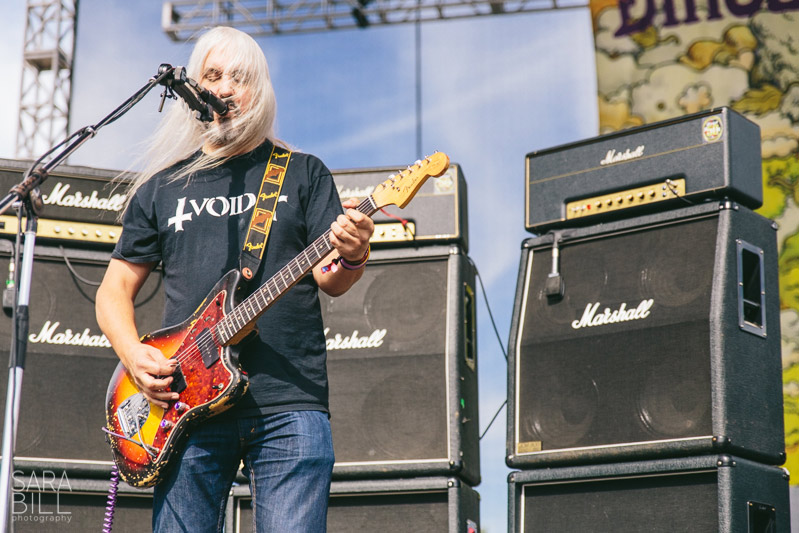 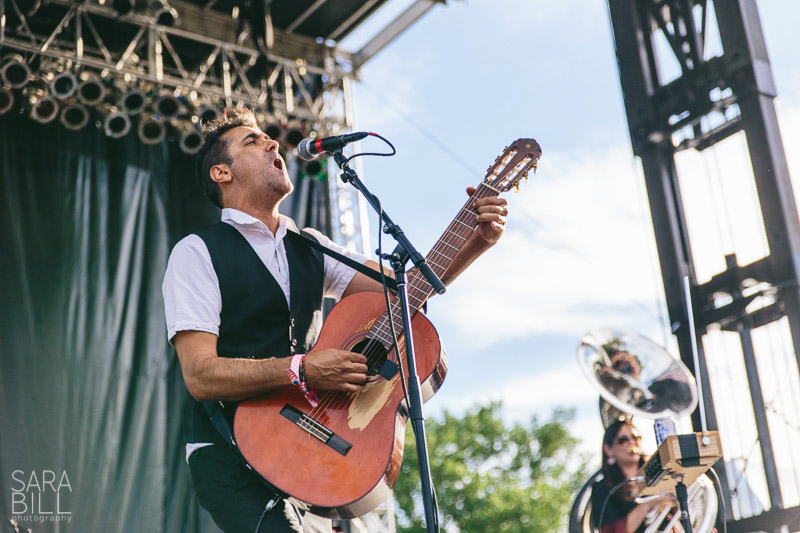 Click here for photos of DeVotchKa at 2012 City Arts Festival in Seattle, WA

Click here for photos of DeVotchKa at Roseland Theater in Portland, OR on March 3rd, 2011

Click here for photos of DeVotchKa at Ram’s Head in Baltimore, MD on April 29th, 2010

Click here for photos of Guided By Voices at Central Park SummerStage for 2012 CBGB Festival in New York, NY

Click here for photos of Guided By Voices at 2011 Mission Creek Festival in Iowa City, IA 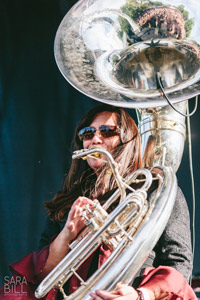 After that late great, the likes of punks Glassjaw and Pennywise just couldn’t compare.  Better was to hit up the clear outlier of the entire festival, DeVotchKa.  Not that the band’s gypsy-latin style doesn’t work, isn’t sweet, but was far more quiet than anyone else playing Riot Fest – and what other act had violins and a tuba?  They were at the farthest stage, Rise, but that was also the stage that hosted Danzig & GWAR the prior night.  Still, DeVotchKa’s emotion was more powerful than most of the punks at the festival.  Also bringing emotion was Guided By Voices – everyone thinks of then as a beer-swilling act, and they do do that, but they’ve also got powerful songs (should have some, considering they’ve got like 20+ albums under their belt…). 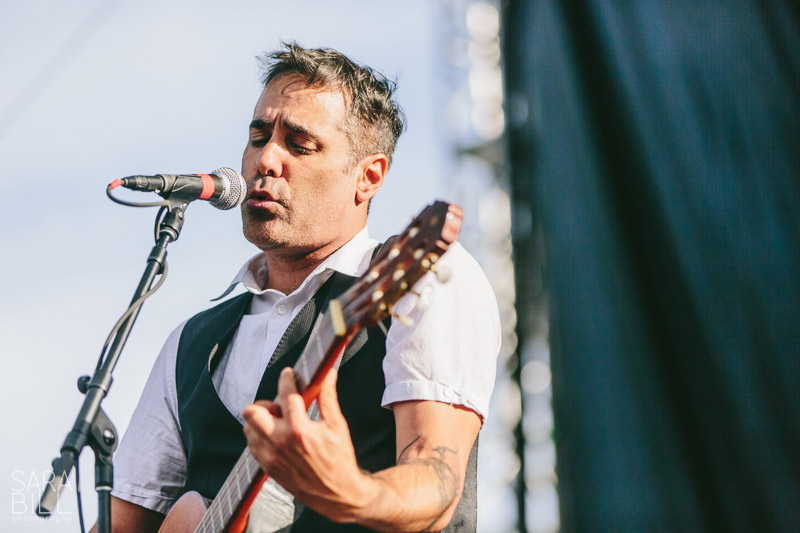 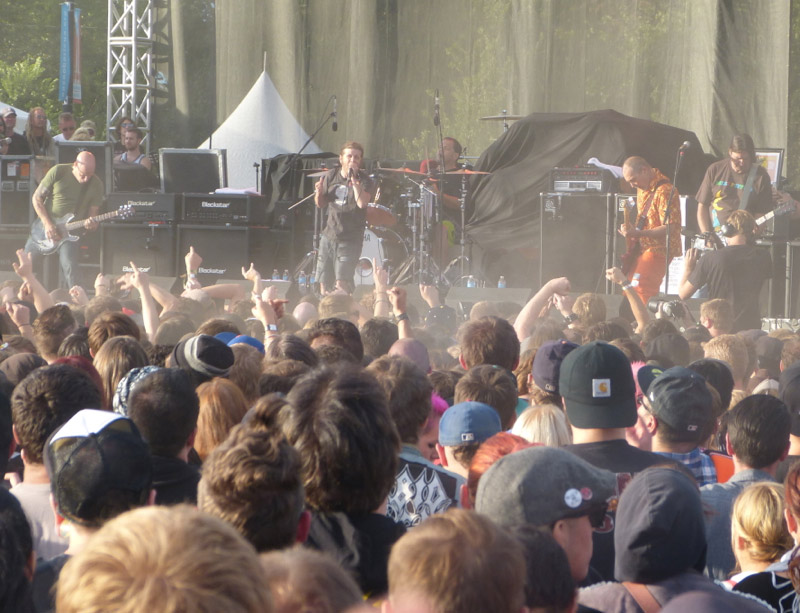 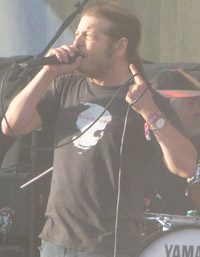 “Before we start, I want to make one thing clear, to all of you, even the t-shirt vendors & guys selling beers: We’re not Black Flag.  We are FLAG!”  With that, singer Keith Morris opened up a set that was still replete with nostalgia, but what nostalgia!  “Depression”, “Police Story”, “Gimme Gimme Gimme”, “White Minority”, “Wasted”, “Six Pack” – all songs the vast majority of the crowd never saw live, and even if Morris ain’t Henry Rollins, and Black Flag founder Greg Ginn is suing FLAG (and Rollins) over copyright infringement, Morris (who also fronted Circle Jerks – QRO live review) had Black Flag alumni Chuck Dukowski, Bill Stevenson, and Dez Cadena with him to bring straight eighties punk.  But the most missing – no “TV Party”?!?  Would have been great to hear FLAG name-check all the long-gone TV shows from that song, That’s Incredible, Dallas, Hill Street Blues, even Monday Night Football… 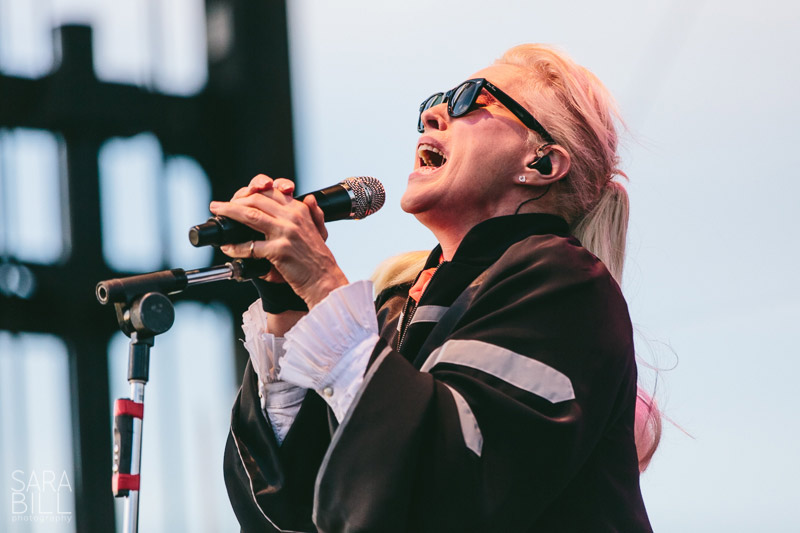 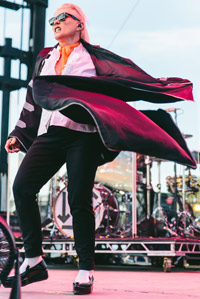 Review of Blondie at Sherwood Pines in Nottingham, U.K. on June 14th, 2013

Photos of Blondie at Asher Levy Park in Brooklyn, NY on August 13th, 2009

If for FLAG the expectations were low, and then well exceeded, the reverse was true for Blondie.  The even-older act are New Wave legends, but didn’t live up to their hype at Riot Fest – a particular problem was that they just weren’t loud enough for the outdoor festival.  But Blondie was always kind of overrated. 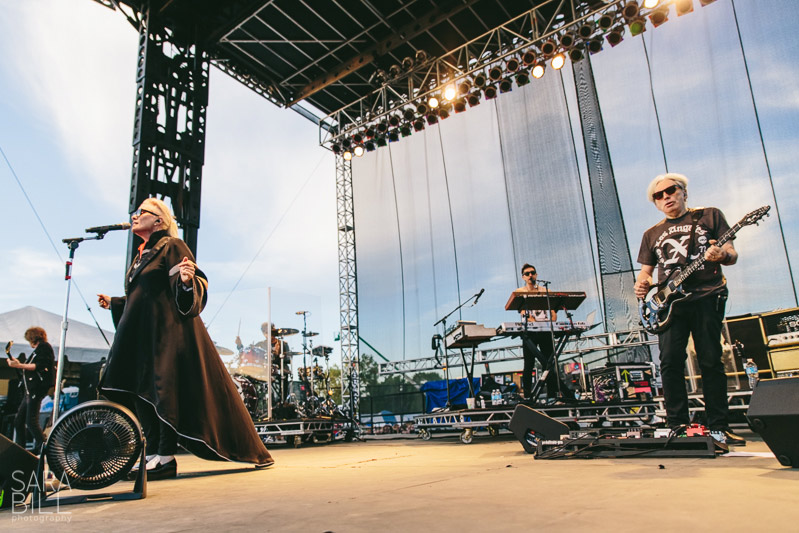 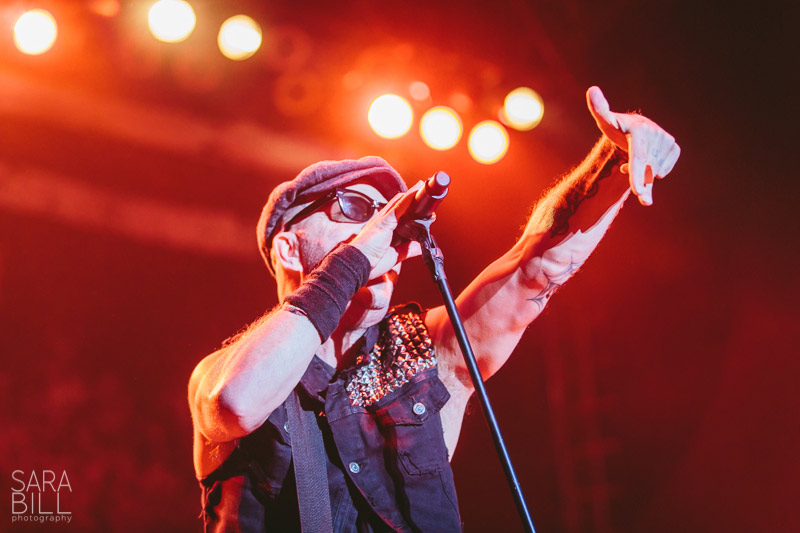 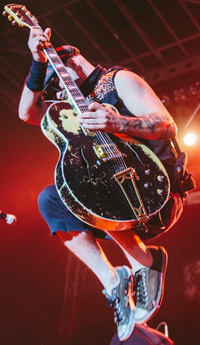 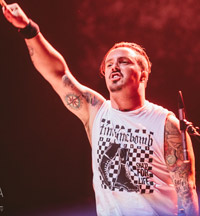 Unlike the likes of Blondie, FLAG, GBV, or Dinosaur Jr., Rancid has never broken up – even if they’ve never matched their early nineties peak of fame (when the post-Op Ivy act also managed to briefly bring ska to the wider world’s attention).  They did start with early songs “Radio” and “Roots Radicals”, thank you, but the sing-a-longs were to more recent pieces such as “Maxwell Murder”.  The group still has that ska-like backbeat to their punk rock, making them a “Time Bomb” (your correspondent only just got that…).  The group similarly closed with older material, Operation Ivy’s “Bombshell” and finally “Ruby SoHo”, another crowd sing-along that was also the “Last chance to dance…” 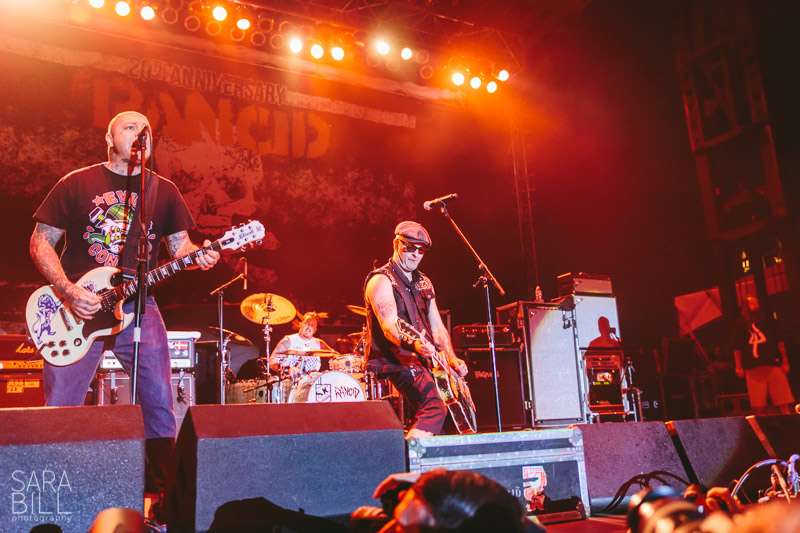 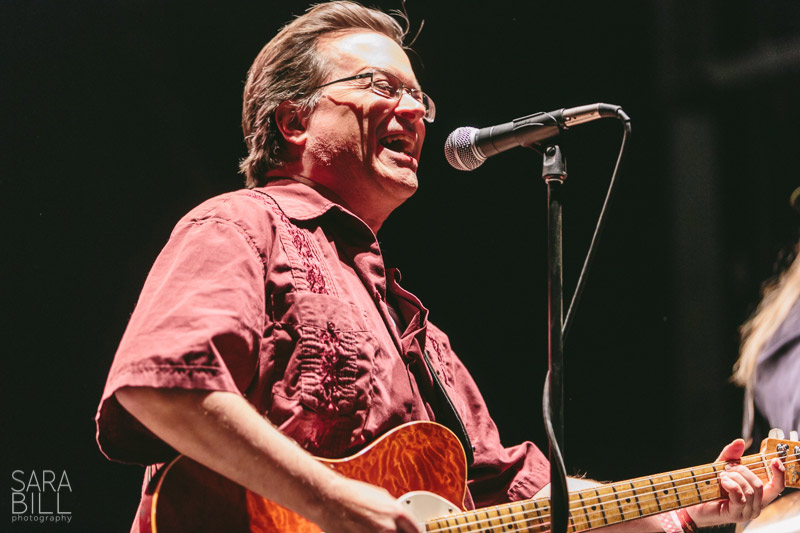 Click here for photos of Violent Femmes at 2013 BottleRock Festival in Napa, CA in the QRO Concert Photo Gallery 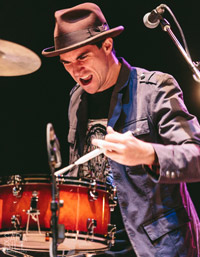 Even more ‘starting off with early hits’ was the Violent Femmes, who began with “Blister In the Sun”, then “Kiss Off”.  They actually played their whole first, self-titled album, track-by-track, but should really have paced themselves better.  How many people had planned on sticking around until “Blister”, so then left early?  Well, then they missed great closer “American Music” – and who doesn’t like American music?… 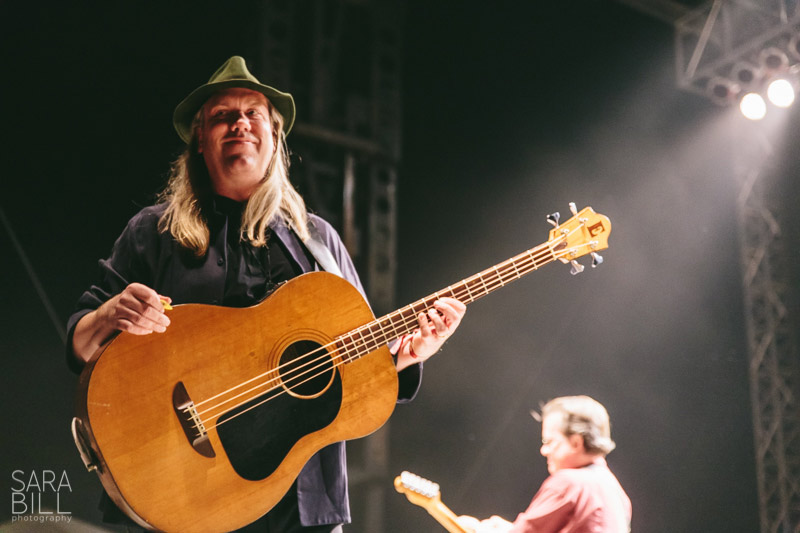 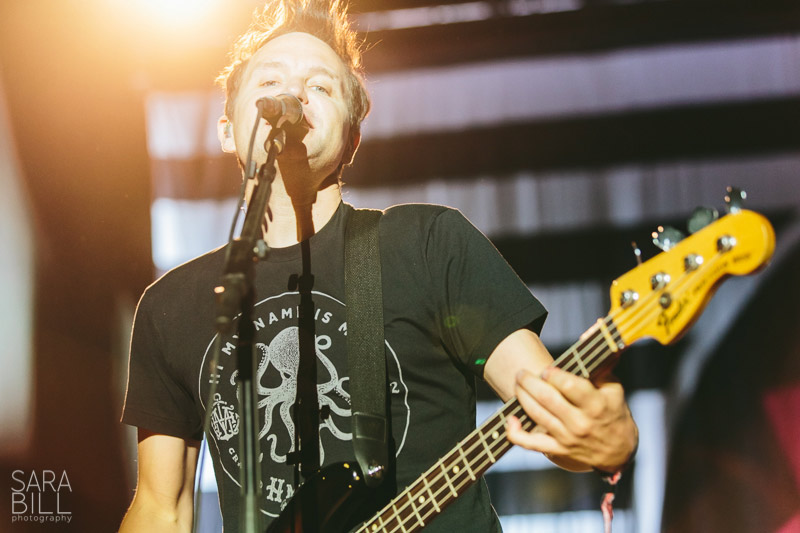 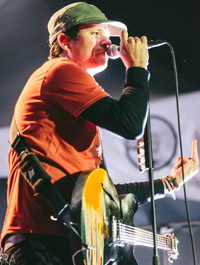 Closing out Day Two of Riot Fest was Blink-182.  For some people who came into music just ten-plus years ago, Blink-182 count as “nostalgia,” and that’s how a lot of people have been describing this reunion of Travis Barker, Tom DeLonge, and Mark Hoppus – even though the reunion began two years ago with Neighborhoods (QRO review).  For older folks, they’re the post-Green Day act for teenagers, snotty punks who made fart jokes, and they still do that, even with kids of their own now.  Most importantly, they still love playing, rocking the whole way through the rest of the night, with a crowd even rowdier – Hoppus asked fans to take two steps back at one point (and reminded them to help up anyone who’d fallen, “I shouldn’t have to tell you that.”).  Minor injuries were reported & ambulances came in – whose only effect seemed to be to make it that much harder to get a ride, any ride, out of Humboldt Park, and the end of the night. 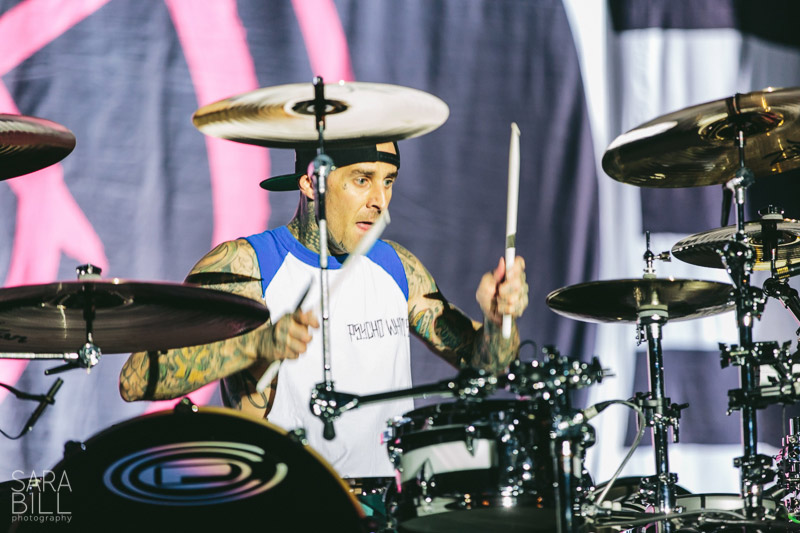