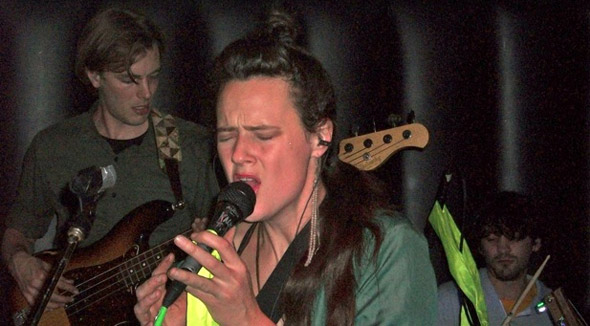 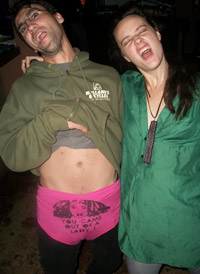 Then, with eyes clinched tight under an expressive brow, Traver led her seven band mates through an inspired cover of the Beatles’ “Michelle”.  During the hypnotic groove of “Triangular Daisies”, Traver’s hair-knot bobbed on her head as she flailed around, dancing with the audience.

Traver wrapped the night with the announcement, “We have CDs and hot pants!  Let’s drink tequila!”