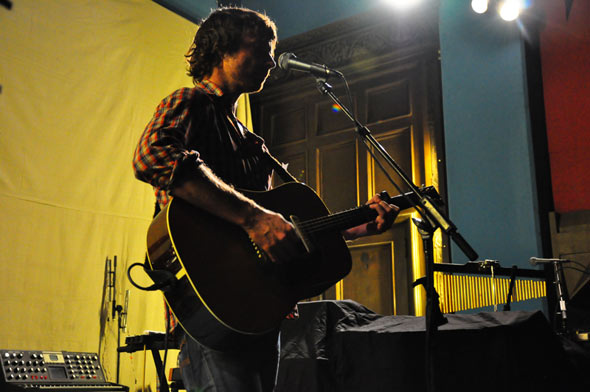 Click here for photos of Sea Wolf the night before at Bowery Ballroom in New York, NY in the QRO Concert Photo Gallery

Sea Wolf, also known as Alex Brown Church, an indie rock musician based in Los Angeles, opened for the well established Album Leaf (QRO album review) at one of most sought after and well established venues in Philadelphia, Pennsylvania, the First Unitarian Church, on Sunday, May 2nd.  An artist who often presents with a band, Sea Wolf performed a low-key acoustic solo set, then later was joined by accompanying musicians.  He/they showcased a range of his material from previous records, where Church has worked with numerous successful producers who have also worked with The Shins (QRO album review), Band of Horses (QRO album review) and Bright Eyes (QRO album review), to name but a few.  However, bar production, the raw material which Church presented at church was emotionally dignified, catchy, and ensured that Sea Wolf would sure capture the ears and minds of many of the audience who had not heard his material. 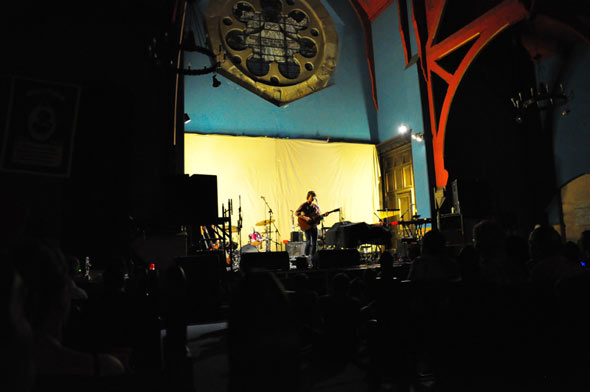 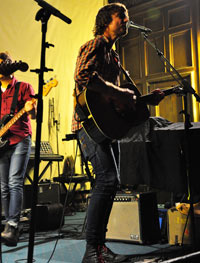 Sea Wolf’s material captures a real sense of sincerity and gentleness whilst combining catch anthem-like tunes, which proved a hit with the audience, with members of the crowd coming to sit at the bottom of the stage.  Like many artists, lyrically, Sea Wolf may have darker, more sinister undertones, but combined with a number of accompanying musicians who joined mid-set, the songs were perhaps a little reminiscent of a number of successful artists, including that of which Phil Ek, former producer, had also worked with, such as Modest Mouse (QRO album review) and The Shins, as well as elements of hugely successful bands such as Arcade Fire (QRO live review).  However, this is not to say that Sea Wolf does not have his own sound.  Church does combine many elements of successful artists, and flourishes in doing so, but in all honestly, although Sea Wolf has a very easily accessible sound, there does seem to be a certain something lacking – arguably the element which sets him apart from other musicians and makes him really special.

There is no doubt that Church presents himself well and is a truly talented musician, and his material is indeed very easy to listen to and get into, with the audience truly captivated.  With bopping heads and swaying shoulders, nothing could say more than when a church stall broke with the excitement of reception, a rather humorous turn to the evening.  There is no doubt from the consistent and playfully melodic performance that Sea Wolf has gained a few fans, and its easy to see why, but on a personal note, Church needs to sharpen his claws and really grasp a little of that special element of ‘je ne sais quoi’ in order to make it really fruitful as a musician and songwriter. 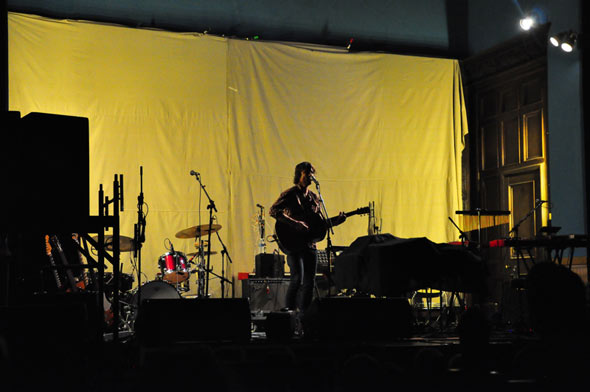 The New Pornographers : Together