As great as Sigur Rós has always been, as a listener it has been tough at times not to get lost in the shuffle of their music. Thankfully,... 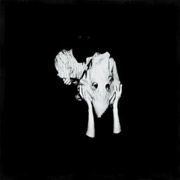 As great as Sigur Rós has always been, as a listener it has been tough at times not to get lost in the shuffle of their music.  Especially with their last two albums, 2012’s Valtari (QRO review) and it’s predecessor, 2008’s Blootie Bloo Blah Blah (okay fine, Með suð í eyrum við spilum endalaust – QRO review).

Thankfully, this is not the case with their latest album, Kveikur.  This record exhibits a darker-sounding, yet reinvigorated Sigur Rós – the one we have been eagerly awaiting to make a reappearance ever since 2005’s exquisite Takk…  Yes, Kveikur is good enough to hold its ground with some of these Icelanders’ best work.

As far as songs go, the album’s title track is a prime example of the darkness and intensity present on this record.  It presents a heavy and distorted sound with pummeling drums.  It might be the only Sigur Rós song to ever have warranted head banging.  Hilariously, the beginning of “Rafstraumur” sounds like the opening of an old Star Trek episode.  “Stormur” is the most hopeful-sounding piece on Kveikur and is the most reminiscent of the feel good Sigur Rós we all know and love.  It is highly welcome in this otherwise dark-ish sounding album.  There are also some cool slowed-down vocal effects on “Yfirbor›.” Again, don’t even begin to ask how to pronounce that.

Sigur Rós has always invited interpretation, in that really all we as listeners have to go off of is the musicality because good luck trying to decipher what lead singer Jónsi is singing.  So we are left going off of the feeling of the song.  In a way, it’s a gift because lyrics may not but probably should always come after music.  Some of the best songs in human history have been written melody-first and the lyrics fit into that.

And that’s that.  Appropriately, a Sigur Rós album review should be short and sweet.  After all, there isn’t much to think about other than the music, and the music speaks for itself – especially on Kveikur.