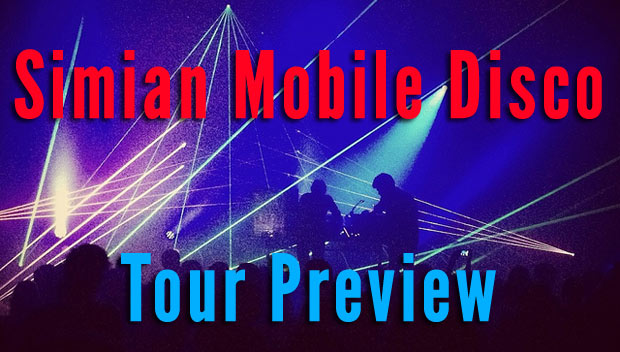 British electronic duo Simian Mobile Disco bring their show on the road (and water) to North America in a tour this month.  They start in Los Angeles at Fonda Theatre (after an in-store DJ set the day before at Mount Analog) and close on sea for two tours of the Caribbean aboard the S.S. Coachella.  From Vancouver to Jamaica, catch James Ford & Jas Shaw!

To celebrate the tour, SMB released a live version of “Wooden” from their performance on the other side of the Atlantic, in Belfast, Northern Ireland:

Jas & James are also running a contest on their new SMD Live Tumblr site – running throughout their tour, the “re-blog and follow” contest will allow fans to win a pair of tickets to one SMD show of their choice.  To enter, fans should follow http://smdlive.tumblr.com, re-blog the video of the debut of their live show from 2012 FYF Fest (QRO photos) in September, then leave a comment with the date and city of the desired show.  Before each date, SMD will chose one winner who will receive 2 tickets to the show (no transport or accommodations provided):