More than ten years since his last visit to the city Slash gave his fans in Nottingham a night to remember.... 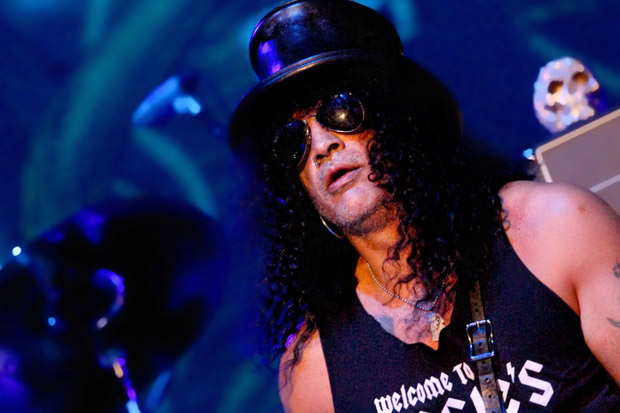 More than ten years since his last visit to the city Slash gave his fans in Nottingham a night to remember at the Arena on Thursday, February 28th, with a virtuoso display of musicianship that showed for once and for all that his new touring outfit is a fine band in its own right and no mere Guns n’ Roses substitute as some critics have suggested.  Clearly there is still some animosity between the former bandmates – when Guns n’ Roses played the Arena last year security staff were ordered not to allow anyone with a Slash hat into the venue – but Slash at least has moved on.  With Alter Bridge’s Myles Kennedy on lead vocal for most of the night and Todd Kerns taking his share, the band ripped their way through a set that took in six songs from Slash’s newest album, Apocalyptic Love (QRO review), plus a selection of highlights from his many previous careers as a solo artist and as part of Guns, Snakepit and Velvet Revolver. 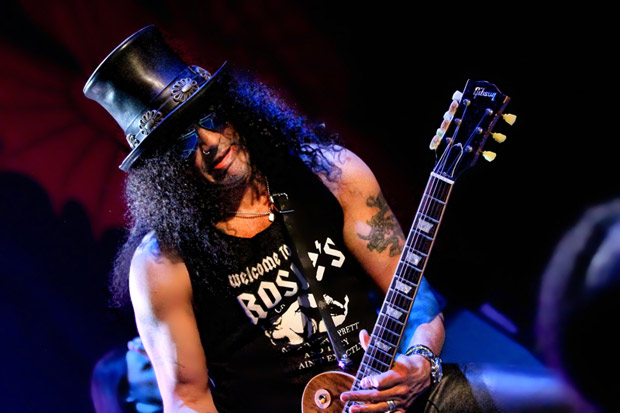 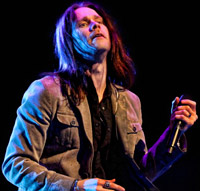 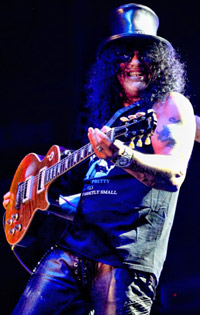 Rock and roll law states that the leader of any band is the one in the middle with the microphone, but although both vocalists gave fine accounts of themselves on the night, with Kennedy in particularly good form on explosive versions of “Back From Cali” and “Anastasia”, and Kern’s range to the fore on “Dr Alibi” and “Welcome To the Jungle”, there was never any real doubt about the star of this show.  From his position stage left Slash dominated proceedings throughout with a pyrotechnic display that reached its zenith with an extraordinary extended solo on “Rocket Queen”, which began with rhythmic percussive scuffing of the strings and ended with complex interweaving cascades of notes that seemed to come almost too fast to hear, let alone play.  Other highlights of his performance included his signature creepy “Godfather Theme”, some delicate finger style on “Gotten” and the ringing Bach-like arpeggios of “Anastasia”. 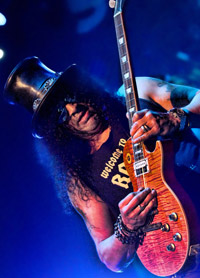 In his trademark top hat and black vest, Slash sometimes seemed to find the whole rock god thing a bit too easy.  His standard posture is the boxer’s crouch over the guitar, with occasional bursts of vertical necked bravura fretwork, but every so often nervous energy got the better of him and he progressed across the stage in a series of duck walks, hops and leaps, including a move which looked suspiciously like skipping.

Easy or not, there was no doubt about the quality and high energy of his performance on the night nor that of the band and when the circus riff of “Sweet Child Of Mine” rung out across the arena there were huge cheers and a sea of waving arms.  “Slither” finished off the main set and then an encore of “Welcome To the Jungle” and “Paradise City” – and six thousand voices in the Nottingham Arena sang along with every word and then cheered their hero off stage. 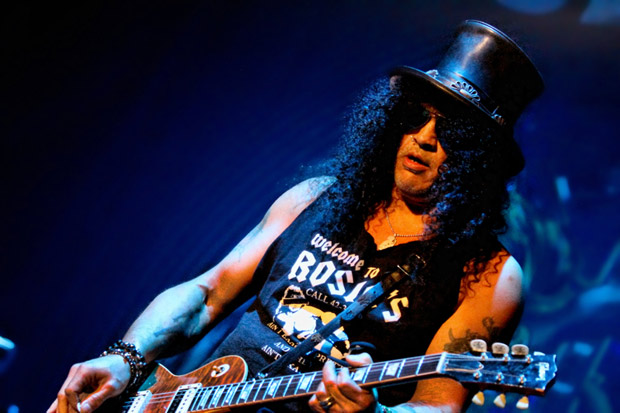