<img src="http://www.qromag.com/wp-content/uploads/2011/05/sloanthedoublecross.jpg" alt="Sloan : The Double Cross" />Despite passing the two decade mark, these guys are still in the heart of their heyday. ... 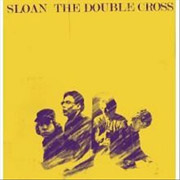 The stirring organ at the start of Sloan’s latest record, The Double Cross, tells us two things about the diehard Canadian rock outfit.  First, that the chagrin of that title is fully embodied in the restless notes and melody, and second, that despite surpassing the two decade mark, these guys are still in the heart of their heyday.

As that organ explodes into the searing voice of Chris Murphy, before seamlessly transitioning into Jay Ferguson’s on "The Answer Was You", yet another thing becomes clear about the four-piece band with four singer/songwriters.  Namely, that that set up has evolved to the point where it can finally support a unified record.

Whereas their last effort Parallel Play marked some of the bands catchiest singles to date – "Witch’s Wand" and "Believe In Me," for instance – this full-length follow-up is all about the united effort.  In fact, the first three songs flow together so well that you hardly even catch a breath until standout single "Unkind" breaks into catchy, summery rock number "Shadow of Love".

Click here for photos of Sloan at SXSW 2007 in Austin, TX in the QRO Concert Photo Gallery

Click here for photos of Sloan at The Middle East Downstairs in Cambridge, MA on January 16th, 2007 in the QRO Concert Photo Gallery

Following the latter song, the record takes off in a few interesting directions; "She’s Slowing Down Again" has an unusually dated feel to it, for example, while "Green Gardens, Cold Montreal" explore a minimalist folksiness far outside of the band’s recent catalogue.  Despite the many branches, though, the limbs all lead back to the tree of airy summertime rock.  Once you accept this and embrace the airy feeling of carefree and sunshine, songs like these and "Traces" begin to mean much more.

Indeed, The Double Cross is not a tour-de-force, primarily because it was never intended to be; Sloan isn’t in the business of crafting intense concept albums, and many would argue that they never have been.  Don’t let this blithe environment fool you, though, because the collision of those two ideas is memorable in itself, and the resulting album happily acts as a welcome breath of fresh air instead of as some kind of ‘profound’ work of art.