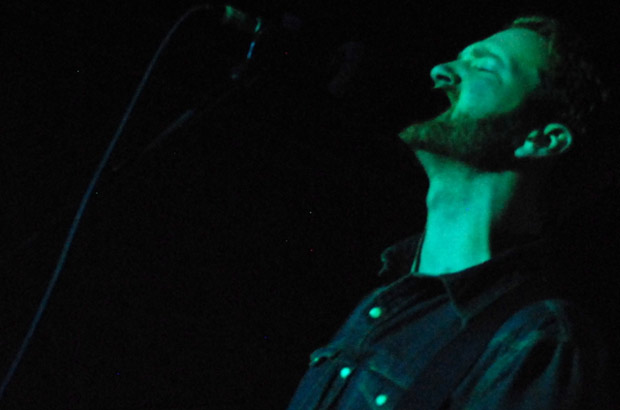 Click here for photos of Snowden at SXSW 2011 in Austin, TX in the QRO Concert Photo Gallery

Click here for QRO’s review of Snowden at Southpaw in Brooklyn, NY on December 4th, 2008

Click here for photos of Snowden at Mercury Lounge on May 15th, 2008 in the QRO Concert Photo Gallery

In 2006, Atlanta’s Snowden followed up their great self-titled debut EP with the amazing Anti-Anti debut full-length, touring with the likes of Arcade Fire and Kings of Leon, later doing a live DVD from New York’s Bowery Ballroom (QRO venue review).  But they went into making their follow-up right when the ground started to really shift under the label system.  Some self-released digital EPs followed, the group moved to Brooklyn, and we waited.  The group moved a few more times (currently in Austin), to the point where only singer/guitarist Jordan Jeffares remains from the original line-up, but we still waited for that second album.  And waited.  And waited.

Well, No One In Control is finally coming out on May 14th – and before that, Snowden played a late show at New York’s Mercury Lounge on Saturday, February 23rd.

A very late show, as doors were 10:30 PM (there was an earlier, separate show at Mercury – QRO venue review), with opener The Doorbells (QRO photos) going on at 11:00 PM, and Snowden at midnight.  Yet, for a band that’s put out precious little since their ‘big break’, playing ultra-late in February, Mercury Lounge was well stocked with fans.  Admittedly, it was a little hard to see the fans – or the band, as Snowden had decided to be lit by just a projector at 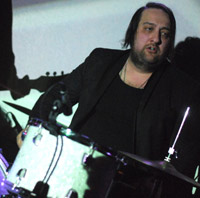 the already-dark Mercury (word is that there were supposed to be some other lighting effects that didn’t work).  And sometimes even the projector wasn’t running.  Snowden is a band that makes dark music, and people who weren’t taking photographs (like your correspondent) probably didn’t mind so much, but one does come to a show to see, as well as hear, the band.  Of course, that didn’t stop the ladies from congregating right in front of Jeffares on house-left… (preventing your correspondent from doing so…) 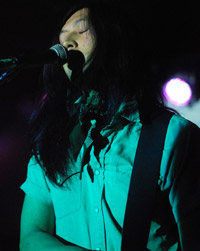 Snowden intentionally mixed songs between Anti-Anti and No One, alternating back and forth on the set list (QRO photo) – or at least that was the plan, as something went wrong before the new “Hiss” early in the set, forcing them to skip it.  Obviously, the old songs drew the biggest cheers of the night, such as opener “Black Eyes”, the ‘sad girl’ song “Innocent Heathen” (what the band went to after skipping “Hiss”), “Anti-Anti”, and others.  And of course the new song to get the biggest cheers was recently released single “The Beat Comes” (QRO review).  The darkness also kept the crowd rather quiet, and many of the new songs are indeed slower & sadder pieces; the quiet 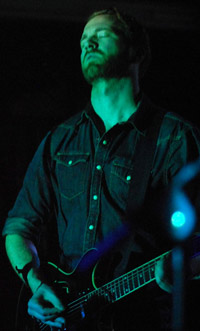 was something Jeffares remarked upon himself – and when he introduced the new “Keep Quiet”, he added, “And how you shouldn’t…”

Before the aborted “Hiss”, Jeffares stated, “This is a new song that comes out on the record that comes out in May.  I think I said May last year, but this time I totally mean it!”  But for a band that’s had many Mays pass since their last full-length, Snowden – and fans – were still on-point.