It seems like livestreams are here to stay, and good for that, especially if they’re as well done as Spoon’s livestream via Moment House.... 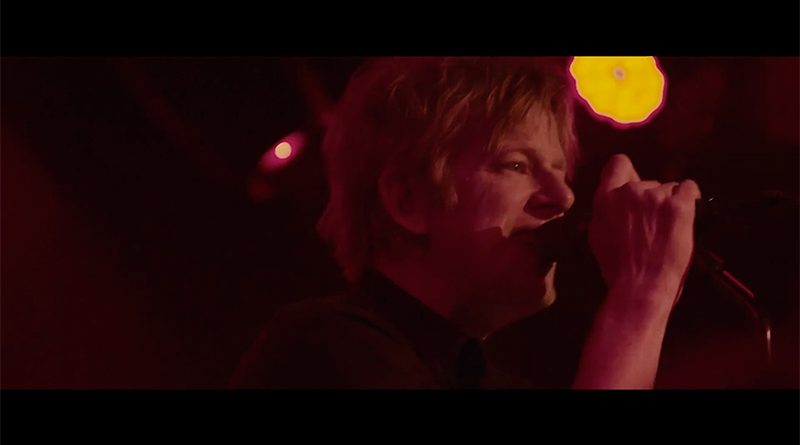 QRO’s review of Spoon at Brooklyn Steel in Brooklyn, NY on October 23rd, 2021

QRO’s review of Spoon at Brooklyn Steel on November 28th, 2017

Photos of Spoon at 2017 Bumbershoot in Seattle, WA

Photos of Spoon at 2017 Project Pabst Portland in Portland, OR

Photos of Spoon at 2017 Lollapalooza in Chicago, IL

Photos of Spoon at 2014 Boston Calling in Boston, MA

Photos of Spoon at 2014 Music Fest NW in Portland, OR

Photos of Spoon at 2014 Lollapalooza

Photos of Spoon at NXNE 2014 in Toronto, ON, Canada

Photos of Spoon at 2014 Governors Ball in New York, NY

Photos of Spoon at 2014 NOS Primavera Sound in Oporto, Portugal

Photos of Spoon at 2014 Primavera Sound in Barcelona, Spain

Photos of Spoon at 2010 Musicfest in Union County, NY

Anyone who went to shows before the pandemic is excited that they’re coming back – but we all also can’t forget that it’s not just like it was. Yes, even with our vaccinations (and you better be vaccinated…), we have new worries going into a space with a crowd. Our memories have gotten a little rose-colored, dropping out bits like schlepping there & back, or the drink prices (and those prices have only gone up…). While we said with every livestream we watched during it all, ‘It’s great to have this, but it’s not the same as being there in person,’ we also got more & more used to rocking through our screens. Indeed, it seems like livestreams are here to stay, and good for that, especially if they’re as well done as Spoon’s livestream from Los Angeles’ Teragram Ballroom on Thursday, October 28th, via Moment House.

Now, this wasn’t a ‘live’ livestream, but a recording of Spoon’s show at The Teragram exactly a month prior. But it was a professionally shot one, directed by Andreas Neumann. While one can feel that there’s something missing with a livestream not being ‘live’, there’s definitely a lot added with the time & effort of being professional shot & directed. Indeed, this livestream was more like a concert film, with multiple camera angles (including close-ups) and excellent sound. And if you wanted the ‘live’ feel, there was the chat sidebar (and wouldn’t be talking over the music…).

[note: Moment House’s livestreams are designed to only be watched on one device, so your correspondent missed most of the chat as he was watching it full screen on his TV. Did catch that the fan from this show who frontman Britt Daniel noted had made his own Spoon shirt was watching & in chat – because if you made your own shirt, and made it up front, and got namechecked by the singer, then yeah, you were gonna watch the livestream a month later…]

Only that day, Spoon had announced that they were releasing a new album, Lucifer On My Sofa, out February 11th of next year. But this tour has been more of a ‘getting back on the road after hiatus’ than behind a new record, so the setlist was a ‘greatest hits’ one, “The Beast and Dragon, Adored” and on. Obviously similar to the live show on the same tour in Brooklyn (QRO live review), it did feature some new songs, including the building cool-to-rock “Wild”, the chiller & sadder “My Babe”, and the harder cut, “Harder Cut”. But you also got your favorites, such as “I Turn My Camera On” (every concert photographer’s favorite), request “The Fitted Shirt” (making this a ‘fitted setlist’…), and more. For “The Underdog”, you had the room and lack of people watching to dance like the guy from The Mighty Mighty Bosstones (as long as you didn’t see yourself in your screen’s reflection…).

There was also a separate, bonus ‘after show’ livestream that actually was live, with just Britt Daniel & pianist Alex Fischel. It was a nice add-on (though one wishes it would have come as just part of the package), and included them playing new songs such as “My Babe”, “Wild”, and the bigger “Satellite” basically acoustic, plus the set’s “Inside Out” again – and one not on that night’s setlist, longtime fan favorite “The Two Sides of Monsieur Valentine”. Extra points for not only having their own canned, recorded applause, but saying “Thank you” to their fake cheering crowd.

While we want show-going now to be exactly like we remember it before COVID, it’s never going to be like that, and really never was like that even back then (at least venues already have someone who’s gonna check your card(s)). So, by all means head back to your shows, but don’t forget that you liked livestreams, too.

Missing from the livestream was great opener Nicole Atkins, but she’s got her own, full Moment House livestream on December 10th.