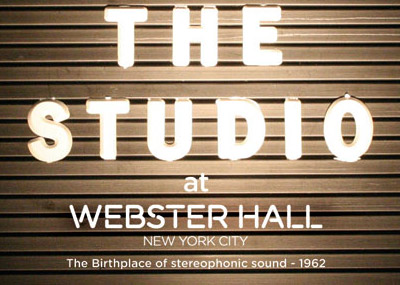 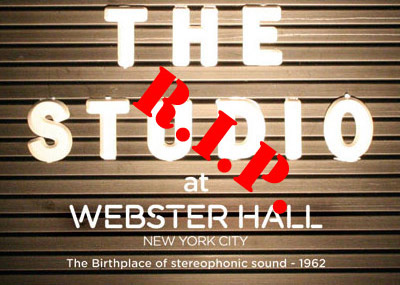 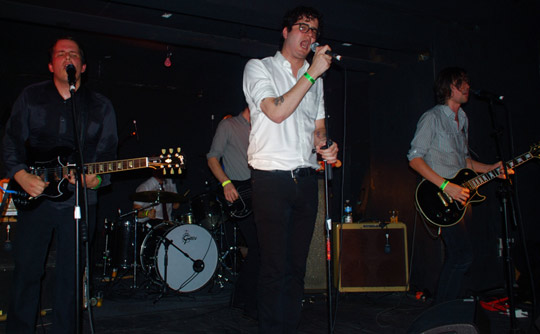 After being purchased by AEG & Bowery Sports Entertainment, Webster Hall announced that it will close for renovation after August 9th, 2017, for an undisclosed period of time.

Studio @ Webster Hall is located on 125 East 11th Street, Manhattan, between Third and Fourth Avenue.  It is downstairs from the larger, regular Webster Hall venue, but can only be accessed via stairs down from the street, and is usually run as a separate venue.  The venue lies within the Union Square area, just south of Irving Plaza.  It was opened during the 2008 CMJ Marathon, October 21st-25th.

While Webster Hall has primarily been a nightclub, it sometimes uses its large main stage to hold indie-rock concerts, and that seems to have been successful enough for Webster to expand downstairs.  The entrance is on the street, down some stairs and through a few heavy curtains and down some more stairs (watch out when it is raining – the stairs get slippery, especially once one is the dark venue).  The stage itself is to the right of the entrance, with the bar on the other side of the stage.  Being a ‘downstairs’ venue, Studio @ Webster Hall does have a low ceiling, like Cake Shop in the Bowery or Park Slope’s Union Hall.

Smaller than other Union Square venues like the upstairs main floor, Irving Plaza, Gramercy Theatre, and Highline Ballroom, Studio @ Webster Hall does, therefore, host somewhat smaller acts – but at least has the sound system (if not the light show, thanks to the low ceiling) of a nicer place.  It also has the drink selection – and price – of a more expensive venue.  The ticket prices themselves, $10 at the door, $8 advance (though there seems to be a two-dollar ‘transaction fee’ on the website, which kind of negates the savings…), are certainly reasonable.  After hosting a mix of indie-rock and dance acts during CMJ 2008 – often into the wee hours of the morning – the initial regular line-up seems to more acutely mash-up into indie-dance, though some variety still remains.  A mash-up itself, between Bowery-area low-price places like Cake Shop, Arlene’s Grocery, and Piano’s, and Union Square-area higher-class ones, all the kinks haven’t been worked out, but the signs are good. 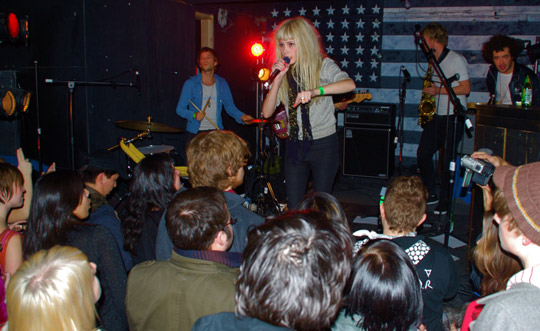