The whole thing kicked off on Wednesday.  We first hit up Emo’s Annex to see Foundry Field Recordings and Canada. Then we made our to Emo’s Main Room for Office.  Back to the Annex for Honeycut and Apostle of Hustle.  On to Bourbon Rocks for Eli Paperboy Reed, The Teenage Prayers, and The Sights.  Later, back to Emo’s Main for The M’s.  After catching our breath and hanging out with our favorite band, Robbers On High Street, for a while, we finished off the evening seeing The Rosebuds and The Broken West @ Antone’s. 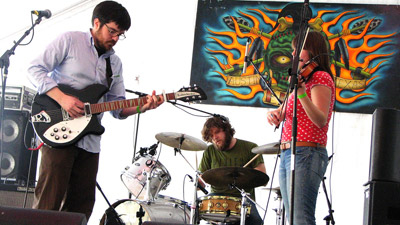 They played a total of four songs.  “Battle Brigades Part I”, “Holding The Pilots/Holding The Facts”, and two new songs, one of which can be downloaded from insound.com.  A short but sweet way to start it off.  Canada followed, who reminded us a lot of a newbie Arcade Fire. 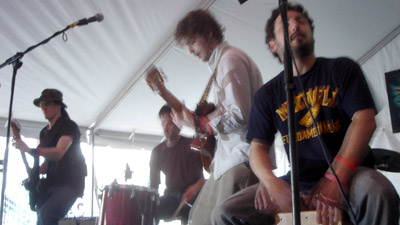 Whiteman & Co. came on mid-afternoon for about seven songs, most of which were from their new album, The National Anthem of Nowhere.  He introduced the title track as the “new national anthem of Canada”.  They also played “Fast Pony For Victor Jara”, “Justine, Beckoning”, and “Chances Are”, all of which came off amazingly, especially then they group together for a semi-acoustic jam. 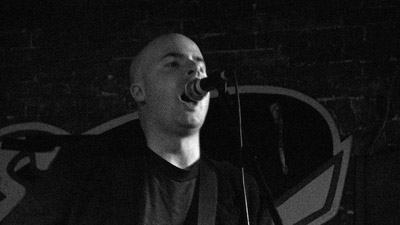 One of Chicago’s finest bands took the dark stage @ Emo’s Junior and ripped off about four songs to a grateful crowd.  This would be their first performance of the week that we attended. 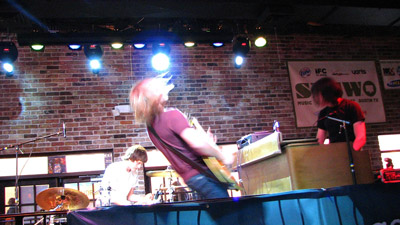 One of Detroit’s most all-around talented rock bands.  Eddie on guitar, Bobby on keys, and Keith on drums kicked through a roaring set of nasty blues rock and left everyone in the bar gasping for air. 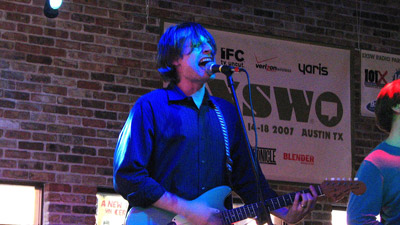 High enough energy that they played way over their allotted time and had to be removed from the stage.  If that isn’t rock ‘n’ roll, what is? 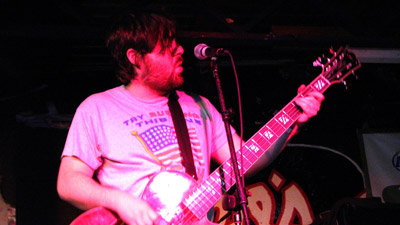 Rocked out on their new material in a semi-rare live performance outside of Chicago. 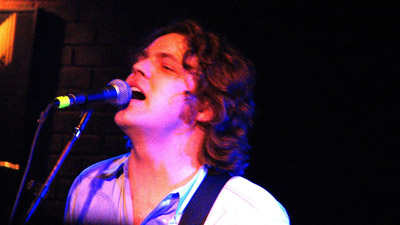 Late night big gig for the foursome that managed to keep the crowd going.  Alt-country powerhouse in the making rocked the really, really wide Antone’s. 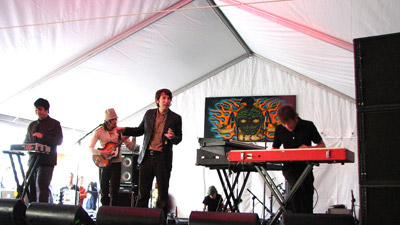 Soul-funk set included “Impeach The President”, which they took seriously when they all jammed out on it.  Such political fun.