When he lets you see them, you can read the lines of the last ten years all over Adam Lazzara’s face. ... 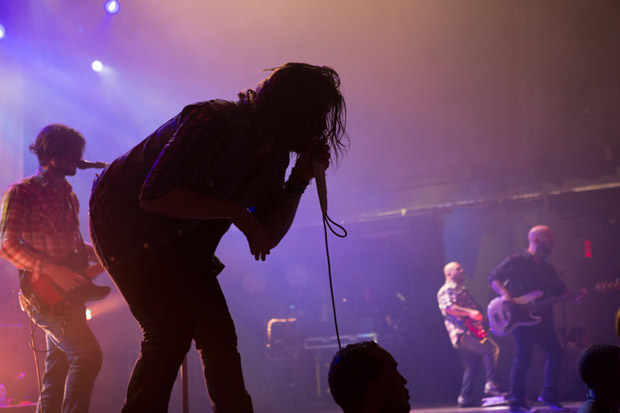 Click here for photos of Taking Back Sunday at The Masquerade in Atlanta, GA on October 5th, 2019

Click here for photos of Taking Back Sunday at 2018 Riot Fest in Chicago, IL

Click here for photos of Taking Back Sunday at Ascend Amphitheater in Nashville, TN on July 11th, 2018

When he lets you see them, you can read the lines of the last ten years all over Adam Lazzara’s face.  On Thanksgiving weekend, 2012, the frontman and his band, Taking Back Sunday, had been playing their classic album in its entirety to sold out crowds for the past two months, under the auspices of the ten-year anniversary of 2002’s post-emo powerhouse Tell All Your Friends.

By the time the coast-to-coast 2012 US tour came to New York City’s Terminal 5 (QRO venue review) for its final two dates, an older, wearier, and wider Lazzara showed signs of fatigue.  He hid in the shadows for the first few songs of the band’s two-hour set – coincidentally, the entire time photography was allowed in the pit. 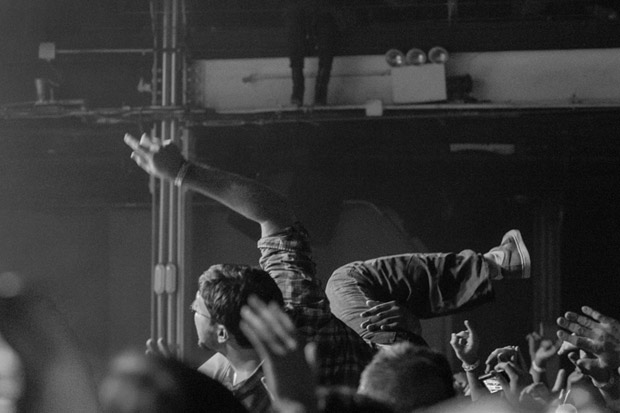 Click here for photos of Taking Back Sunday at The Masquerade in Atlanta, GA on July 19th, 2017

Click here for photos of Taking Back Sunday on Taste of Chaos Tour at Verizon Wireless Amphitheater in Atlanta, GA on June 22nd, 2016

Click here for photos of Taking Back Sunday at Best Buy Theater in New York, NY on March 19th, 2015

Yet if you turned your gaze from the stage to the crowd, you’d be hard-pressed to find any objections.  The sizable floor space at the west-side mega-club surged with screaming, sweaty bodies, boys and girls in tight pants and half-torn Ts passing from the rear to the stage over a sea of raised hands.  It may have been a celebration of TAYF’s ten-year anniversary, but the crowd ravenously consumed the first hour of newer material.  Kids too young to even be tweens when the record was released vibrated with the music like they’d grown up with it.  Had they? 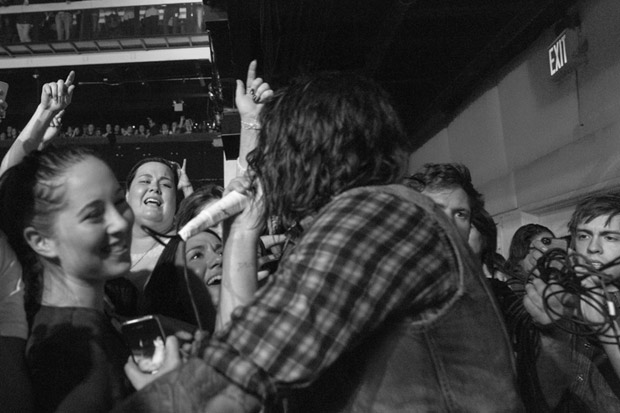 Click here for photos of Taking Back Sunday at The Emporium in Patchogue, NY on November 7th, 2013

Click here for photos of Taking Back Sunday at The Paramount in Huntington, NY on December 27th, 2011

Click here for photos of Taking Back Sunday at House of Blues in Boston, MA on July 20th, 2011

To understand why an ‘emo’ record can still inspire such fervor at a time when most critics pretend they never listened to pop-punk, it’s worth examining what set them apart from the scores of also-rans from the era.  The heart of Taking Back Sunday and their debut has always been John Nolan and Adam Lazzara’s relationship: At their best, they riff off each other lyrically, vocally, and emotionally, like on “There’s No ‘I’ In Team”, when Lazzara croons wounded-dog witticisms while Nolan’s guttural wail echoes the lyrics’ intensity.  The inclusion of Nolan’s sister – Lazzara’s then-beau Michelle Nolan – on “Bike Scene” and “Ghost Man on Third” adds yet another wrinkle to the dynamic that would ultimately cause the band to splinter before they even followed-up Tell All Your Friends.

But no one at Terminal 5 that weekend cared.  The band, for their part, played their old tunes well.  Ever the consummate professionals, they sounded tight and kept a steady pace.  When they finally broke into the soaring riff that opens “You Know How I Do”, signaling the start of reminiscence, the bubbling anticipation of the first hour boiled over – this is what we had all come to see.  Lazzara, especially, fed off the crowd’s youthful energy, and before the show was over he was singing verses from the soundbooth, perched precariously 25 feet above the ground, and rubbing elbows with the sweaty masses on his way back to the stage.  The kids ate it up, just like they always have. 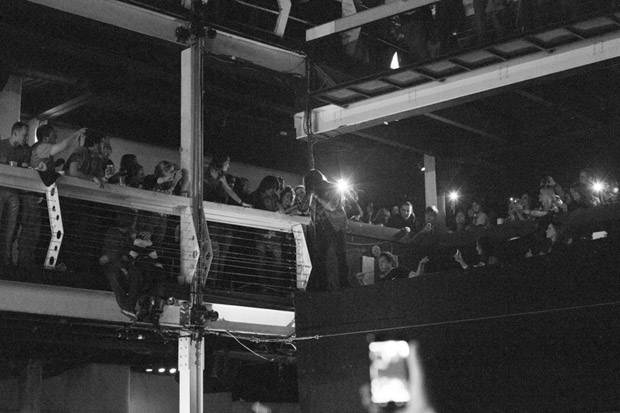 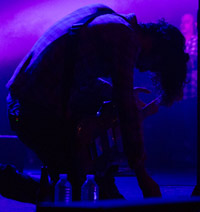 The band sounded tight throughout the long set.  Nolan can even still manage some full-body emoting, but he’s not a kid anymore.  None of them are.  But then again, a kid wouldn’t be able to emotionally transcend the trauma of a best friend (allegedly) cheating on your sister – or spend two months inviting said sister to join you both onstage to sing the songs you wrote together.

It’s unrealistic to expect five aging rockers to be able to recreate the raw angst and vulnerability that made them so appealing ten years ago, before years of touring, partying, and frayed relationships took their toll.  But it’s still easy to see why they signed up for the sentimentality tour: The demand from the fans to hear these songs, to build an even closer relationship with the record, is palpable.  It doesn’t matter that they already blew their re-issue wad back in 2005.  It doesn’t matter that a hyperactive culture’s nostalgia fetish makes it more profitable for a popular band to rehash old records than it is to make new music.

Tell All Your Friends is a classic record.  It’s emotional resonance crystallized on silicon and vinyl, unalterable for as long as we care to remember it.  Whatever else they do, the recordings remain. 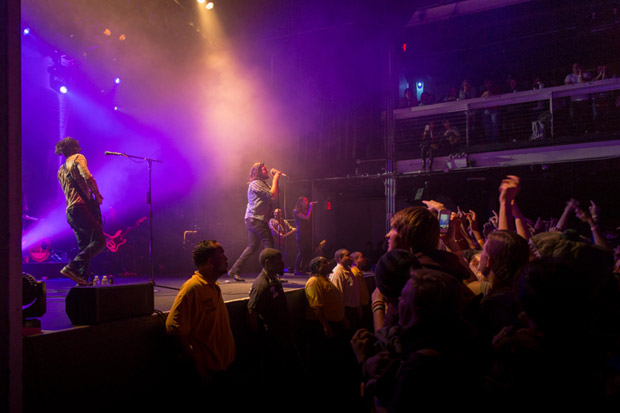