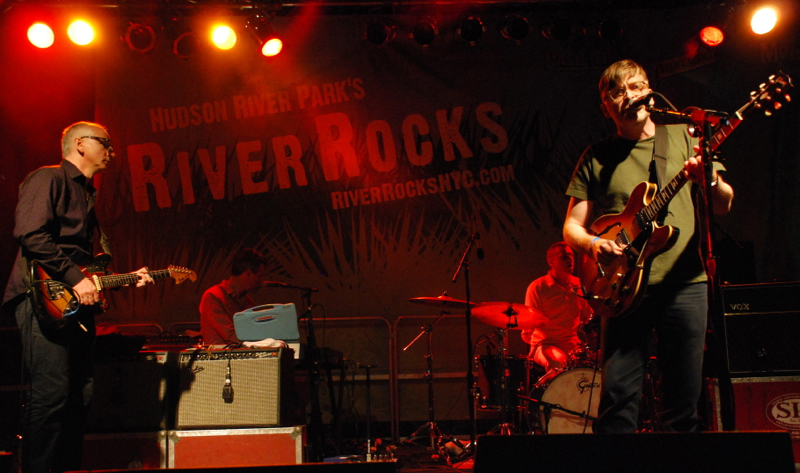 But one of the nicest summer spaces sticking around is Pier 84 (QRO venue review), which held the extremely nice show of Teenage Fanclub, Honeyblood, and Saint Rich on Thursday, July 24th. 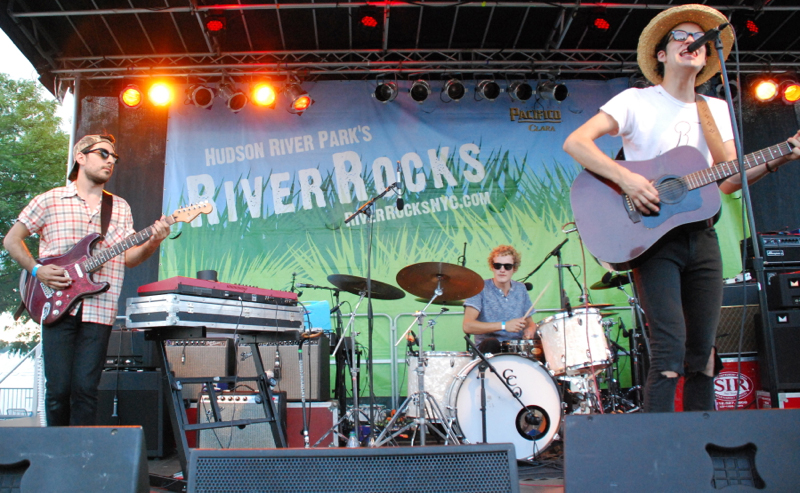 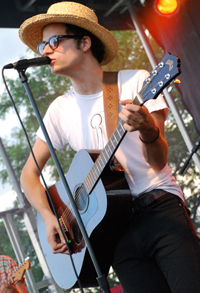 The line-up was a curious mix of Scotland and North Carolina, Scottish and Scots-Irish. Opening up first was Saint Rich, who share a label with the headliners, Durham’s famed indie imprint Merge Records (also home to such tiny bands as Arcade Fire and She & Him). Their relaxed alt-country was an exceedingly nice way to open up the evening, still sunny and warm – singer Christian Peslak asked for people on the grass farther from the stage to come up close, but guitarist Steve Marion countered to just let them sit on the lawn. 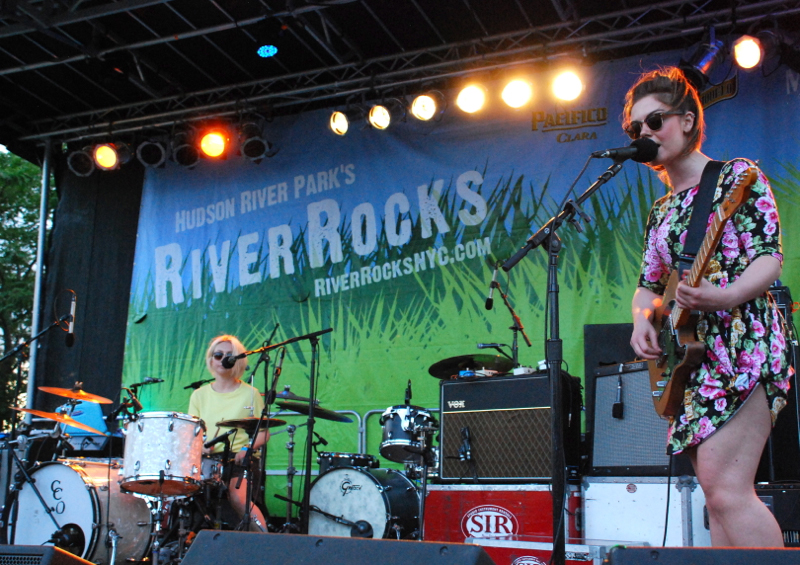 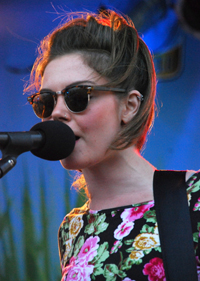 While the following Honeyblood are on Scotland’s Fat Cat Records, they share a hometown with the headliners, Glasgow, and like seemingly every band from Scotland or even northern England, are funny and charming live. It doesn’t hurt that they’re a pair of pretty girls – and Scottish songstresses from youngsters like Honeyblood’s Stina Tweeddale to veterans like Tracyanne Campbell of Camera Obscura (QRO live review outdoors in NYC) sound like the awesome Shirley Manson of Garbage (QRO album review) when they talk. The duo was rougher around the edges than Saint Rich, more pavement than grass, but still worked well on the water. 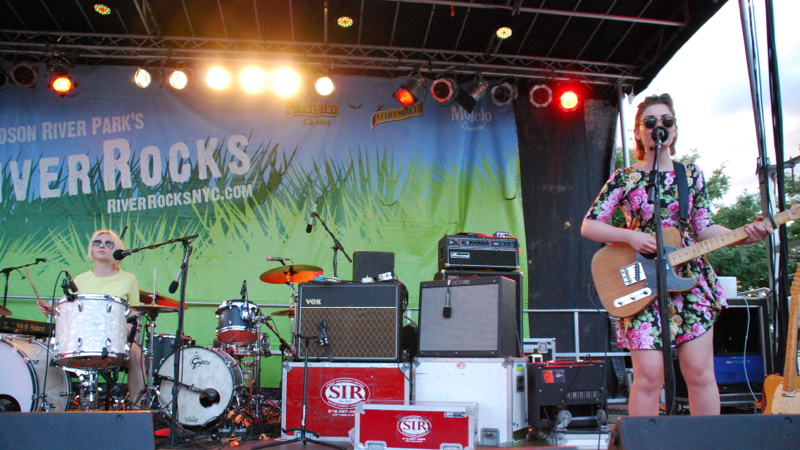 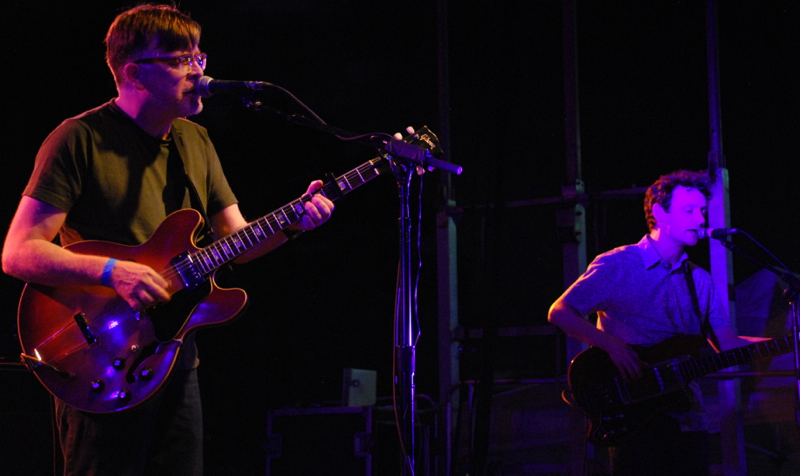 Click here for photos of Teenage Fanclub at 2010 Primavera Club Festival in Barcelona, Spain in the QRO Concert Photo Gallery

Click here for photos of Teenage Fanclub at Bowery Ballroom in New York, NY on September 27th, 2010 in the QRO Concert Photo Gallery

Click here for photos of Teenage Fanclub at 2010 Truck Festival in Steventon, U.K. in the QRO Concert Photo Gallery 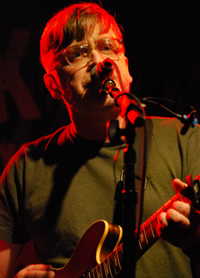 Headlining the evening was Merge Records & Glasgow’s Teenage Fanclub. A should-have-been-huge nineties act (whose Bandwagonesque was SPIN’s record of the year in 1991, over something called Nevermind by someone called Nirvana), no, they’re not teenagers or even twenty-somethings anymore, but still know how to do it. Comparisons have been made to legends Big Star, both in terms of their shared power-pop sound and should-have-been-huge status, and aren’t wrong. The band’s first show in New York in four years, and first show anywhere in two years, they weren’t touring anything new (though last two Merge albums are getting deluxe edition re-releases in August – QRO Upcoming Release Schedule), they were able to meander in their set list (QRO photo) – though this did mean only one song from Bandwagonesque (no ‘hit single’ “What You Do To Me”), “The Concept”. The show was pseudo-prep for their appearance in North Carolina that weekend at Merge 25, the twenty-fifth anniversary festival for the label (which Saint Rich was also playing), but definitely stood on its own. 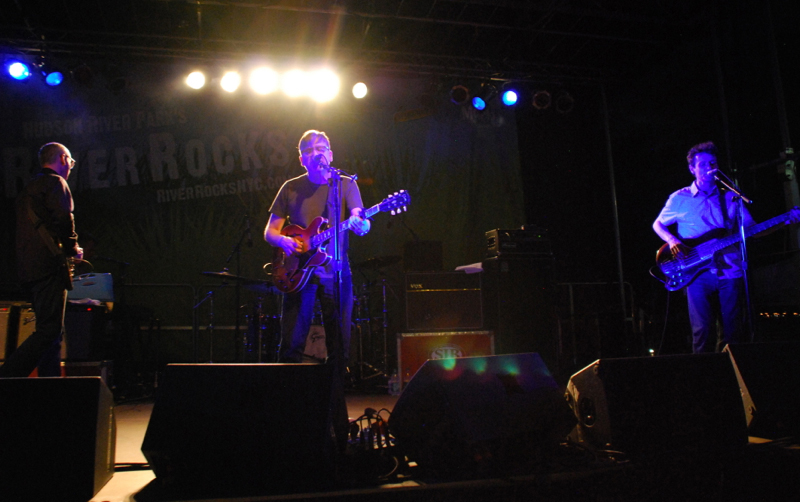 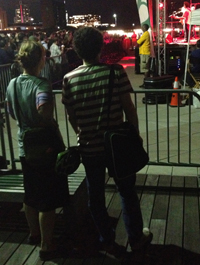 Standing together in attendance was Ira Kaplan & Georgia Hubley, of the even more veteran, from-just-across-the-Hudson Yo La Tengo (QRO live review), who’ve lost their own (year-round) venue, Hoboken’s Maxwell’s (QRO venue review). Pier 84 is itself a ‘replacement venue’, having opened to music only back in 2012, as Hudson River Park’s RiverRocks series moved up said river from Pier 54 (QRO venue review), and Pier 54 is much nicer digs (and wider, always a key to get crowds closer). The show was the second of only three there this summer, after July 10th’s Wild Beasts performance (QRO photos) and before August 7th’s Temples/Here We Go Magic/Spires show (QRO NYC Show Preview). So catch the outdoor space while you still can, before winter comes like the end of Game of Thrones. 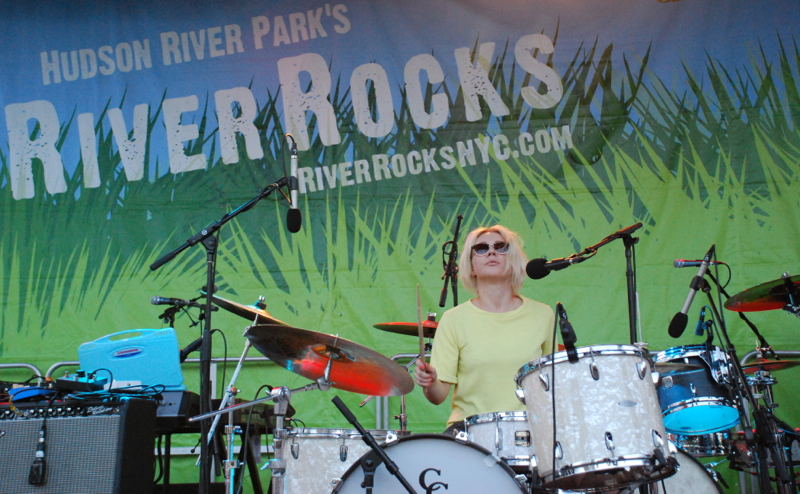