The Album Leaf : A Chorus of Storytellers

The Album Leaf's fifth album is still filled with strong, complex compositions that result in once again a passionate experience that can make any listener truly feel alive. ... 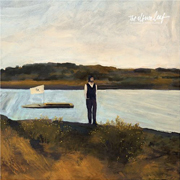 Ever since Sigur Rós (QRO live review), there has been a growing admiration and appreciation for post-rock groups.  During the fall of 2006, the Wordless Music Series began.  A series of concerts performed by post-rock and post-classical groups and artists at small local venues throughout the country.  The Album Leaf has been one of those groups who fall under the post-rock genre and have continued to successfully create alluring and dreamy soundscapes.  Now with the band’s 10th year anniversary having passed, they have released their fifth record, A Chorus of Storytellers.  Though one might argue that the album is extremely consistent with their previous work, it is still filled with strong, complex compositions that result in once again a passionate experience that can make any listener truly feel alive.  And isn’t that the kind of effect good music should have on listeners?

The eleven-track release opens with “Perro”, a beautifully complex song consisting of minimal lyrics, chants, electronic beats and a melancholy tune.  A Chorus of Storytellers comes alive with “Blank Pages”, an intense romantic composition filled with delicate instrumentation and no lyrics.  But like most of The Album Leaf’s albums, the songs that seem to strike you most tend to be the wordless ones.  Their signature ambience speaks louder than words and the eclectic pieces carry strongly, inducing emotions of all kinds.

Click here for photos of The Album Leaf at 2011 Primavera Sound Festival in Barcelona, Spain in the QRO Concert Photo Gallery

Click here for photos of The Album Leaf at First Unitarian Church in Philadelphia, PA on May 2nd, 2010 in the QRO Concert Photo Gallery

Click here for photos of The Album Leaf at Bowery Ballroom in New York, NY on May 1st, 2010 in the QRO Concert Photo Gallery

Click here for photos of The Album Leaf at Bowery Ballroom on May 13th, 2007 in the QRO Concert Photo Gallery

The Album Leaf, which is led by instrumentalist and singer/songwriter Jimmy LaValle, took a bit of a new approach to this record.  Unlike previous albums, LaValle chose to have it recorded live with the whole band, which included LaValle himself, guitarist Drew Andrews, multi-instrumentalist Matthew Resovich, drummer Timothy Reece, bassist Luis Hermosillo and an Icelandic horn section along with a few symphony players.  This is where the title, A Chorus of Storytellers was birthed.  LaValle claims that the title reflects on the story behind the entire recording process.  The unity of the group transcends throughout the record and results in a well-crafted cohesive sound.

A Chorus of Storytellers places a lot less emphasis on vocals than previous albums, and the strength of its atmospheric sound and instrumentation vigorously carry it.  Indeed, it surpasses sounds from previous records like In a Safe Place, and Into the Blue Again, and yet still stays consistent to the ambience sound they are known for.  The album’s vehement and ethereal sound beyond any doubt rouses positive emotions, and listening to “Within Dreams” may even get you to shed a tear or two.