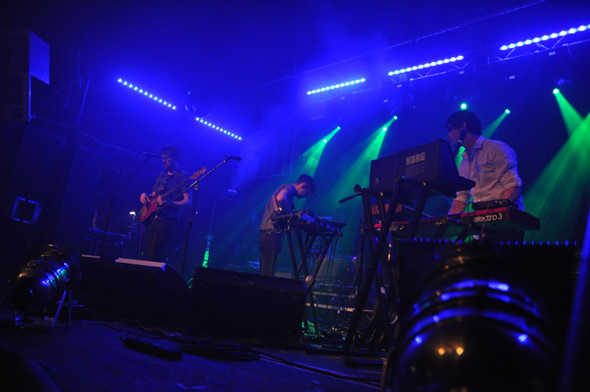 Click here for photos of The Antlers at 2010 Osheaga Music Festival in Montreal, PQ, Canada in the QRO Concert Photo Gallery

Click here for QRO’s review of The Antlers at Hudson River Park in New York, NY on July 22nd, 2010

Click here for photos of The Antlers at Electric Factory in Philadelphia, PA on June 5th, 2010 in the QRO Concert Photo Gallery

Click here for QRO’s review of The Antlers as part of Sounds Like Brooklyn on February 5th, 2010 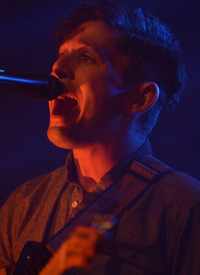 Following the release of their high anticipated and second album, Burst Apart, The Antlers returned on Thursday, May 12th to London’s Heaven, better known as one of central London’s prime gay clubs.  However, far away from the multi-colored flashing lights and cheesetastic classics one may associate with a venue of this sort, The Antlers brought their dark and brooding form of indie rock.

Although The Antlers have been critically noted as one of 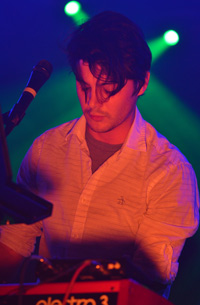 recent years indie rocks bands to follow, genre-tisation may not capture all that this band purvey.  Far from the pop/rock that has dominated the popular side of indie that has charted so well in past years, The Antlers present a much darker side, as their show at Heaven so notably presented.

Following their release of Hospice, an emotionally laden collection of songs narrating the relationship between a hospice worker and terminally ill patient, their follow up Burst Apart, doesn’t deviate from the dark 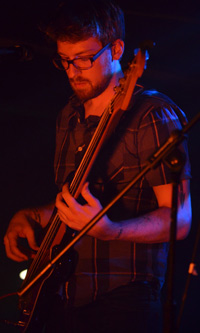 narratives this band seem to tell so well.  Despite its name, Heaven couldn’t be a better-suited venue – a dark basement venue complimenting the atmospheric and almost disturbing sounds of these four young men.

In a majestic and sweeping delivering, frontman Silberman delivered pitch perfect vocals, often falsetto, and although at times on record this can almost be grating to the ear, the band are well rehearsed and their material leaps away from their recorded back catalogue, in a emotive and tender form, much to the delight of listeners.  Fans wide eyed watched the band perform to great excitement – and whilst the band was met with silence when they played, it was post reception which really spoke for itself – breaking out into raucous applause, screams and heckling, but in the best possible way. 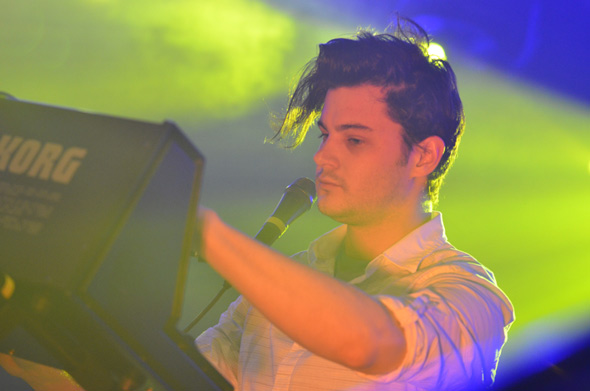 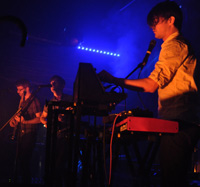 Given the very recent release of Burst Apart, it was no surprise that songs such as “Two” from Hospice received the greatest reception; however, on any count, The Antlers can be seen as one of the most consistent live bands out there – each track hard hitting.  However, on the live forum, what Burst Apart does seem to represent is the bands departure from the more traditional indie structures to a more comfortable, personalized sound, a scope given to them by their new label, Frenchkiss Records.  This new direction is seemingly in accordance to where the band gained their name from, a Microphones song – as the band progressively have gained a sound akin to many post-rock bands.

Although lyrics from the band are far from happy, “Prove to me I’m not 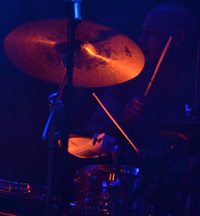 gonna die alone,” it’s the music itself which conveys cinematic, powerful imagery.  Well placed keys alongside the traditional rock band set up of drums, guitar and bass merge so well, with the addition of loops and samples; the band have extensively toured since the release of their debut in 2009 and The Antlers have clearly gained a grasp of what works on stage, and perfected it to a tee.

Even though The Antlers are perhaps the definition of melancholy, both on stage and on record, their beautiful, over wrought compositions have a strange sense of uplifting energy.  Although the band has toured extensively, The Antlers remain engaged and involved in their music, making for a powerful affective performance that can’t be ignored. 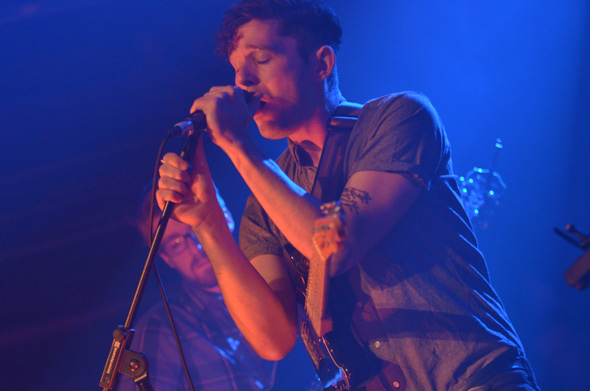