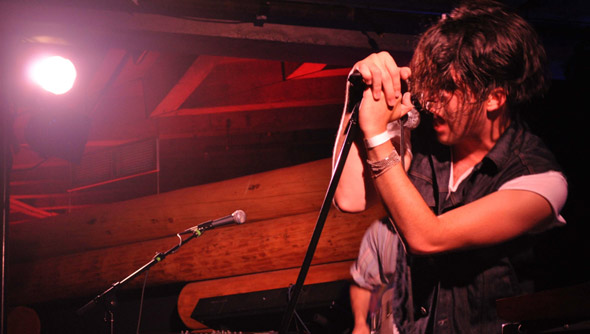 The Chain Gang of 1974 came to Portland’s Doug Fir Lounge on Wednesday, August 24th to showcase their debut album Wayward Fire.  Frontman Kamtin Mohager and his band played a short 40-minute, seven-song opening set that definitely left people wanting to hear more.  The catchy "Devil Is a Lady" got the night off on the right foot.  The propulsive bass and driving drums served as a great foundation for Mohager’s deep voice, which he accentuated with oh-oh-oh’s in the chorus.  In many ways his vocals sound similar to Talk Talk’s Mark Hollis on their first few albums with its earnestness and urgency.  On the next song, "Matter of Time", Mohager laid down some funky bass lines that Duran Duran’s John Taylor would have loved to call his own.

The band is certainly mining some of the early ‘80s new wave sounds that would have fit right into a John Hughes movie, but they also add a bit of menace in some tracks like their contemporaries Cold Cave (QRO live review).  The wonderful "Tell Me" wouldn’t have sounded out of place on an early Talk Talk album with it’s chorus of, "Tell me if your dreams can heal / Can you feel it? Can you feel it? / Tell me if your thoughts are free / Can you feel it? Can you feel it?"  Mohager knows how to add the right amount of catchiness to his songs without them veering off into cheap ‘80s-by-the-numbers imitations.  Next up was "Undercover", which continued the dance vein that started with "Tell Me".  With a few more 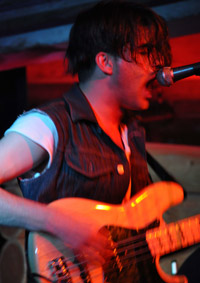 tours under their belts to sharpen their delivery, this band could easily fill that crossover space of rock meets dance.  The pieces are all there, but with time and finances, the production value is sure to rise.

The Chain Gang of 1974 ended their set with the eight minute "Hold On" and its repeating chorus of, "Your love is all I have to hold on to."  Mohager had the crowd clapping and dancing along with him.  With his shouts of thankfulness during the song, he’s sure to have won over some new fans after tonight.  One of the only few disappointments of the night, besides the short set, was them not playing the ridiculously catchy "Taste of Heaven", which could take them to the masses if it is released as a single.  Aside from that, The Chain Gang of 1974 should have no problems building their audience and be headlining their own shows next summer. 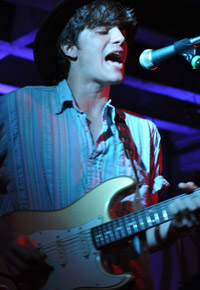