<img src="http://www.qromag.com/wp-content/uploads/2012/09/thefraysep5.jpg" alt="The Fray : Live" />Diversity is the word that best describes an evening spent with Carolina Liar, Kelly Clarkson, and The Fray. ... 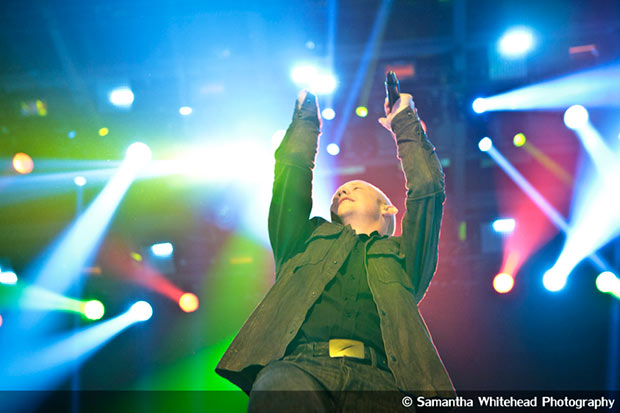 Diversity is the word that best describes an evening spent with Carolina Liar, Kelly Clarkson, and The Fray.  Everything from the number people on stage to the number of people in the audience was extremely different from one band to the next.  The Independence Events Center is of course larger than your average bar in downtown Kansas City, seating 5800 people, but is still a medium sized arena compared to larger venues in the Kansas City area.  For a show with names like these on the ticket, especially American Idol winner Kelly Clarkson, one would expect all of those seats to be filled at the show on Wednesday, September 5th. 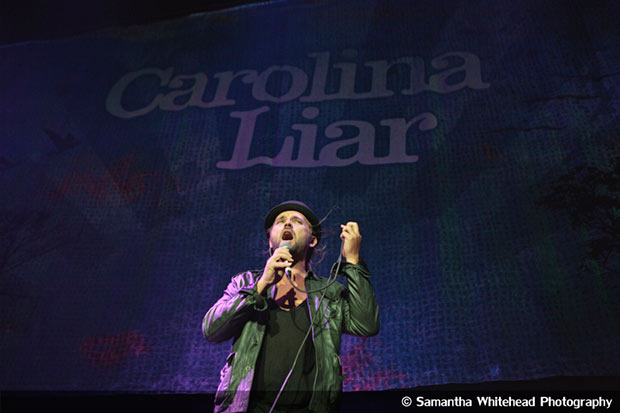 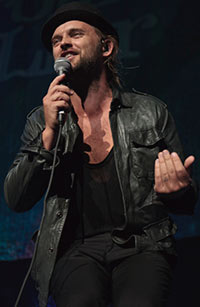 Only about half of the seats were occupied as Carolina Liar took the stage at 7:00.  They started the night off with some “technical difficulties,” as singer Chad Wolf said to the crowd several times during the first song, which was played without any lead guitar parts.  After a few minutes of fidgeting with amps and pedal boards and finally a change of guitar, the issue was resolved.  The band went on to play what are probably the only two songs the average concertgoer knows by the four-person group: “Show Me What I’m Looking For” and “I’m Not Over”.  Carolina Liar is not to be classified as a one (or two) hit wonder, their songs are catchy, but people in the audience seemed indifferent.  Despite being the opening band, Carolina Liar eventually had the crowd clapping in sync and singing the choruses to their radio hits. 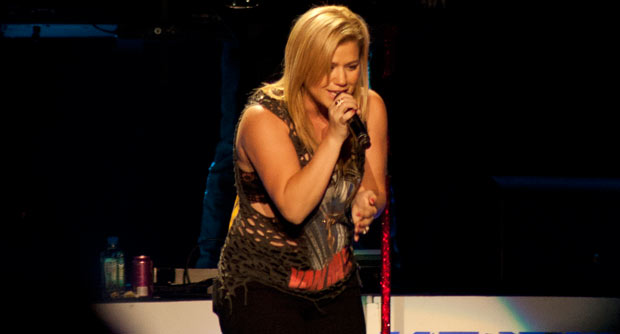 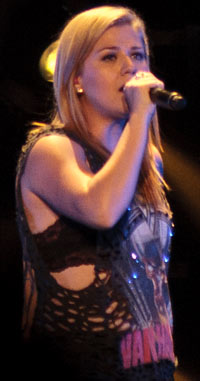 Kelly Clarkson took to the stage next, after a several minute long collage of pictures of her were projected onto a curtain covering the entire front of the stage.  By this point in the night the Events Center was packed with screaming ten-year-old girls and their mothers.  Clarkson opened with “My Life Would Suck Without You”, and went on to cover every one of her pop songs you could possibly name, along with some covers that had everyone singing along.  At one point she sang “We Are Young”, a song by fun. (QRO live review), in its entirety.  After a very lengthy set, some banter with the audience and her band members, and even a trip to the middle of the floor to perform on a small stage in front of the soundboard, Kelly waved to the audience and exited the stage.  The lights dimmed and a chant quickly started; every mouth in the venue was demanding an encore.  When the lights came back up, a black baby grand piano was sitting in the middle of the stage and Kelly emerged wearing a black full-length gown.  She performed her “Idol song” from 2002, “A Moment Like This”, to commemorate the ten-year anniversary of her victory on the television vocal completion American Idol.  Her extended encore set also included the songs “Miss Independent” and “Since U Been Gone”. 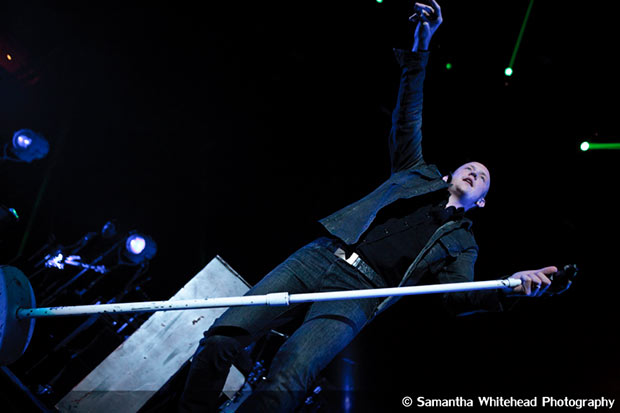 Click here for photos of The Fray at at Amnesty International ‘Bring Human Rights Home’ concert at Barclays Center in Brooklyn, NY on February 5th, 2014 in the QRO Concert Photo Gallery

Click here for photos of The Fray at 2014 Super Bowl Kickoff Spectacular in Jersey City, NJ in the QRO Concert Photo Gallery 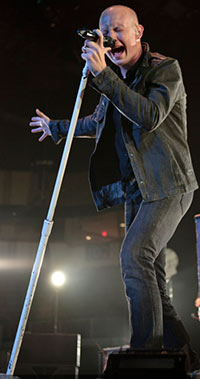 After seeing Clarkson’s massive stage production, one would have thought they had seen the headliner of the show, but after an incredible and drastic quick-change, The Fray took the stage.  Unfortunately for them, the crowd had dwindled a bit after Kelly Clarkson’s exit, probably a side effect of the show taking place on a school night.  For the fans that did manage to stay past curfew definitely, they got their money’s worth.  The six-piece touring lineup completely filled the stage, and lead vocalist Isaac Slade was constantly maneuvering around his upright piano.  They performed all of the staples that the audience was expecting: “Over My Head (Cable Car)”, “How To Save a Life”, and “You Found Me”.  An extended version of the song “Happiness” took up a good piece of time in the last half of the set, which involved Slade practically running laps around the floor level of the arena.  The band was in top shape musically, but tour bassist Jeremy McCoy was running a 103-degree fever, as Slade informed the audience members during a break between songs.  The set was not only musically diverse, but the stage antics were unique as well.  During one song a disco ball was lowered to the stage, members switched instruments for a few tracks, and a “sexy song” as Joe King (rhythm guitar) described it, was dedicated to a couple in the front row.  Slade eventually announced to the audience that they had one song left to play and quickly turned around to Ben Wysocki on drums and yelled “Do we have one more song?”  Wysocki responded with the drum intro to “I Love Rock and Roll”, which had everyone on their feet and literally screaming the classic lyrics.

Carolina Liar put on a good set in spite of a slightly unengaged audience, and Kelly Clarkson just seemed to appeal to an audience that is a decade younger than your correspondent, but The Fray is definitely a band worth seeing live.  Their live sound is not that different from what you’ll hear on their records, but to be able to top Kelly Clarkson’s performance and stage set up with just a piano, a disco ball, and a 1975 Arrows song is no small feat. 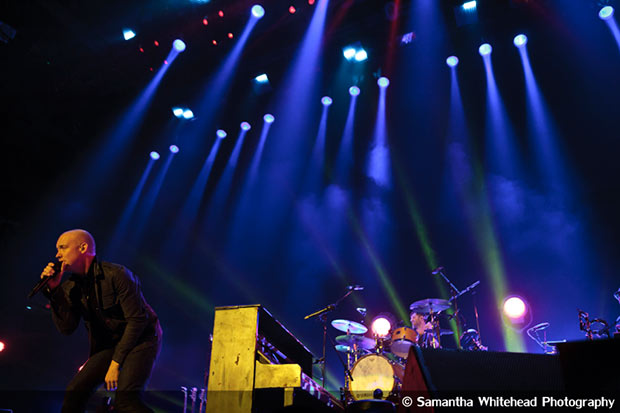