<img src="https://www.qromag.com/wp-content/uploads/2009/07/themorningaftergirlsalone.jpg" alt=" " />Grandeur returns to indie-rock thanks to The Morning After Girls' <i>Alone</i>. ... 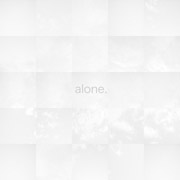 Indie-rock is currently going through one of those unfortunate phases where skillful, intricate instrumentation and production is being pushed aside by anyone who can pick up a guitar & ProTools, and thinks people want to listen, from the plethora of stripped alt-folk to lo-fi garage-rock and ‘shitgazing’.  So it comes as a welcome relief to hear The Morning After Girls’ sophomore LP, Alone, a record drenched in grandeur as well as emotion, with its overwhelming atmosphere still rooted in indie-drive and melody.

The Melbourne duo of singer/guitarists Sacha Lucashenko and Martin B. Sleeman (QRO interview) left their native Australia last year for the Big Apple, and reformed The Morning After Girls there.  That the band is based around not a single, self-regarding metropole, but dual centers, is essential in understanding the Girls.  Lucashenko & Sleeman both keep the band from overconfident myopia, and from lazy lack of ambition.  Instead, they support each other in putting their emotions out there, while challenging each other to build their sound bigger and better, all the while not making Alone feel too self-important.

Click here for QRO’s interview with The Morning After Girls’ Martin B. Sleeman

Click here for photos of The Morning After Girls at Living Room in New York, NY on May 31st, 2009 in the QRO Concert Photo Gallery

Click here for photos of The Morning After Girls at Santos Party House in New York, NY on April 18th, 2009 in the QRO Concert Photo Gallery

Click here for QRO’s review of The Morning After Girls at Mercury Lounge in New York, NY on January 27th, 2009

The atmospheric instrumental “Introduction” begins the record, and that expansive nature continues throughout.  However, Alone also has tracks that go beyond that: single “The General Public” and “Who Is They” add excellent pressure to the emotion and grandeur, while the driving rhythm of “You Need To Die” is matched well with a higher, even spookier melody.  Meanwhile, like, but unlike those pieces is the title track, which sees a sort of road-twang thrown in.

However, Alone is not all epic.  The pressure of “Death Procession” only feels decent (like a middling Black Rebel Motorcycle Club – QRO album review), and sometimes the band just stays in the slow lane, like “There’s a Taking” and finisher “Tomorrow’s Time” (which also has a hidden portion, after much fast-forwarding – that kind of stuff was annoying fifteen years ago, and is only less interesting today…).  When you know the band can kick it up a notch, standing still just isn’t an option.

When indie-rock came roaring back earlier this decade, grand Brit-rock seemed an essential part, such as with Interpol (QRO album review) and Editors (QRO album review), but it has since been swamped by a million-and-one acts with less skill, but seemingly more fire (or at least a lot of light on them).  Some bands are bringing grandeur back into the picture, like U.K.’s hit White Lies (QRO spotlight on) or Tennessee’s up-and-coming Paper Route (QRO live review), and now the Girls from Down Under are bringing it right back to New York with Alone.