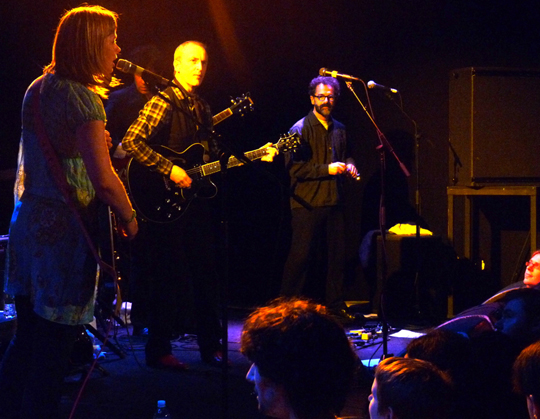 When Nirvana’s Kurt Cobain cited Glasgow’s The Vaselines as one of his favorite bands ever, anyone who listened to the Scottish duo would have been surprised, considering that their alt-pop was sunny and sweet, miles away from the quintessential grunge band whose late leader had name-checked them.  And The Vaselines have still managed to surprise, such as releasing not one, not two, but now three complete collections of their entire body of work (which was limited to an LP and a couple EPs).  Now, almost two decades after they broke up, singer/guitarists Eugene Kelly & Frances McKee have reunited with a short tour, playing virtually all of the history & even a couple of new songs – and that wasn’t even the most surprising thing about their final U.S. date, at Brooklyn’s Music Hall in Williamsburg (QRO venue review) on May 18th. 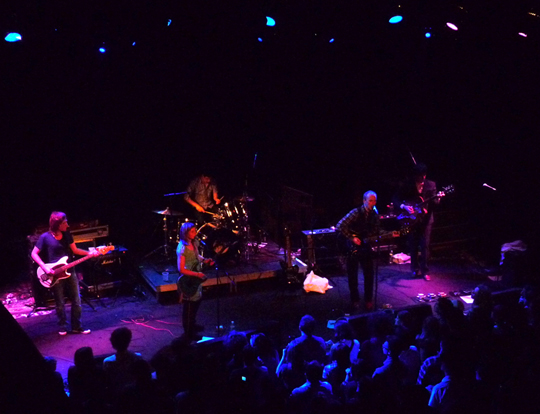 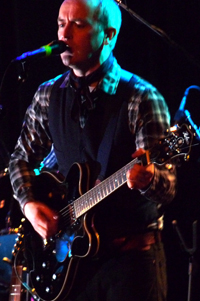 Probably the most winning aspect of the night was the band’s dirty, dirty humor.  The Vaselines had always added a comical, somewhat subversive sexual aspect in the lyrics to many of their otherwise bright, alt-poppy songs, which had titles like “Monsterpussy”, “Sex Suxx”, “Rory Ride Me Raw” and “You Think You’re a Man”.  But it was still a shock to hear the middle age-ish Kelly & McKee have all sorts of dirty banter with the audience – in thick Scottish brogue.  It all started after Kelly said the whole band had had a couple of hot chocolates and were “all feeling a bit wired” (definitely true…).  When the laughter died down, one fan in the crowd could be then heard clearly yelling “…makes me feel sensual!”  Kelly quickly piped up, “Keep talking, Frances” – with which she chimed in, “Feeling a bit moist myself…”

The Vaselines playing "You Think You're a Man" live at Music Hall in Williamsburg in Brooklyn, NY on May 18th, 2009:

This spirit kept up throughout the show, like using & then explaining the word ‘randy’ (Kelly, “It’s means ‘horny’…”), discussing oral sex (McKee, “Have you learned how to do it yet [Eugene]?”  Kelly, “Haven’t had the chance…”), McKee telling the crowd that the on-stage fan is “blowing right up my dress and I really wish I hadn’t worn any pants…” [note: ‘pants’ in the U.K. means ‘panties’ – something else they had to explain], and Kelly telling the crowd what happens backstage during the encore break: “We’ve got a team of midgets with cocaine on their heads who suck our cocks.  So then we’ll come back and play some more songs.”  When someone shouted out for “You Think You’re a Man”, McKee quickly replied, “I don’t think I’m a man at all…” – and Kelly picked right up with, “She doesn’t even think I’m a man…”  In fact, McKee was particularly filthy, telling the crowd that Kelly was looking for a bit of ‘rumpy-pumpy’ backstage after the show, replying to someone’s shout of “What’s your sign?” with “Anything you want it to be…”, trying to auction off Kelly’s underwear because they ran out of t-shirts, and asking whether the fan in the crowd who kept shouting was male or female, “[The fan’s voice] is kind of sexy, in that high-pitched way.  A lot sexier than you [Eugene], big boy…”

The Vaselines playing "The Day I Was a Horse", and explaining the word 'randy', live at Music Hall in Williamsburg in Brooklyn, NY on May 18th, 2009:

Oh, and the band played every song they’d released save one (“Hairy”, not a standout).  The Vaselines still began with “Son of a Gun”, just like as on their complete collections, the piece that first got them noticed, thanks to Nirvana covering it on Incesticide.  But the group has lots of great alt-pop songs of their own, which everyone in the crowd knew well, like “The Day I Was a Horse”, “Oliver Twisted”, “Dying For It”, and the night’s finisher, “Dum-Dum” (in which the crowd surprised with the most good-natured mosh-pit ever…).  Their version of the 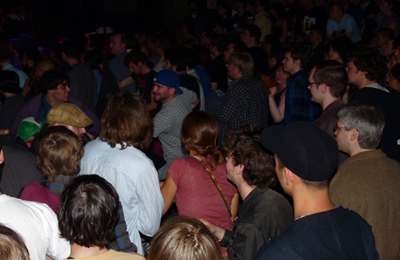 traditional “Jesus Wants Me For a Sunbeam” was a natural audience favorite, as it was memorably done by Nirvana in their famed MTV Unplugged session (QRO DVD review).  But the band also had two new pieces, “Picked a Cherry”, some sunny strum-pop about losing/taking virginity (well in the band’s dirty vein), and an untitled ‘new new song’, which brought out a sadder, slower side.

The Vaselines playing "Teenage Superstar" live at Music Hall in Williamsburg in Brooklyn, NY on May 18th, 2009: 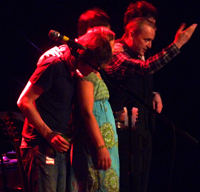 Before “Teenage Superstar”, Kelly admitted, “It’s been a while…”  It has been a while for The Vaselines, and it’s great to hear that they’ve got some new music, so they don’t have to keep putting out complete collections, like the recently released Enter The Vaselines (QRO review).  But it’s even greater to hear them joking like a couple of teenagers whose band just became a hit. 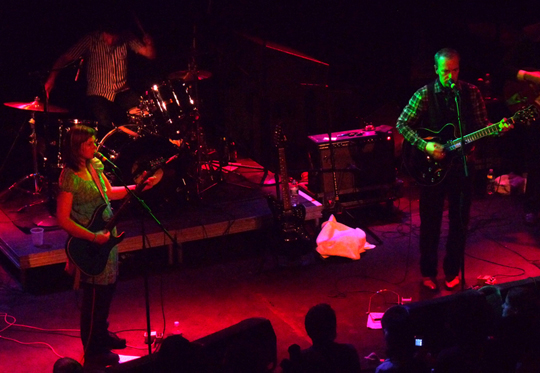