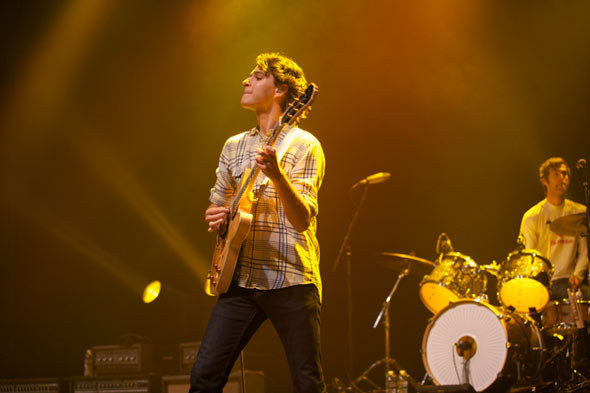 Stand Corrected.  Vampire Weekend isn’t just a great band that eloquently combines clever lyrics with melodies infused with an essence of a 1980s summer.  Oh no, this popular indie-rock band knows how to perform and hypnotise the crowd with the perfect blend of vintage sounds and African inspired beats.  Add kooky dance moves from bassist Chris Baio, sick beats from drummer Christopher Tomson, creative electronic compilations from Rostam Batmanglij and vocal sophistication from lead singer Ezra Koenig and you have all the makings of musical perfection. 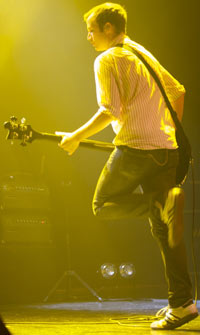 onday night, October 11th in Orlando, Florida.  Vampire Weekend took to the stage and gave a wickedly delightful performance for hundreds of concertgoers at the Hard Rock Live in Universal Studios.  Starting the night off with their newly released single, “Holiday”, that entices one and all to let go of the stresses of life and take a much-needed vacation, was a highlight. 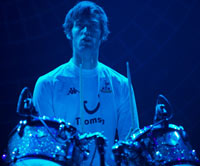 The crowd’s cheers could not be contained when Koenig started his all too familiar guitar intro to “Cape Cod Kwassa Kwassa,” and when the lyrics paying homage to Louis Vuitton were uttered, a collective vocal contribution was provided by the fans.  It leaves us to wonder how these four boys hailing from New York City keep up their stamina to perform these highly energized shows.

Supposedly, a wee bit of butterbeer, 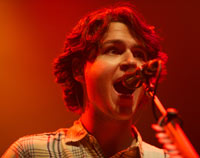 compliments of the Wizarding World of Harry Potter, gave the band a boost of energy, which was exhausted during their rousing performance of “A-Punk”, followed by shouts of “Blake’s got a new face!” when the crowd favourite, “One”, was heard over the sound system.  It was hard to decipher when one song stopped and the other began, but believe that that isn’t a complaint, but a sheer explanation as to why this band is unstoppable. 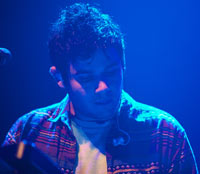 Performing every song in their entire catalogue, aside from three, Vampire Weekend is living proof that if the music is brilliant and the performance level is quality, unnecessary fluff in between songs is just distracting.  And who really wants to be distracted from the indescribable and euphoric feeling one gets when Vampire Weekend is performing?  Didn’t think so. 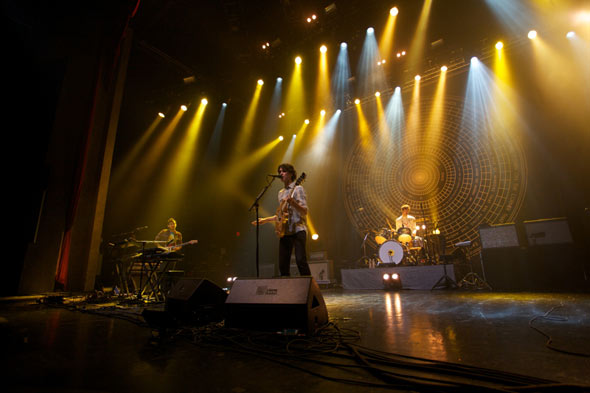