A few weeks after SXSW, We Were Promised Jetpacks arrived in Bloomington, IN at The Bluebird Nightclub with supporting acts Bad Veins and New Cassettes. ... 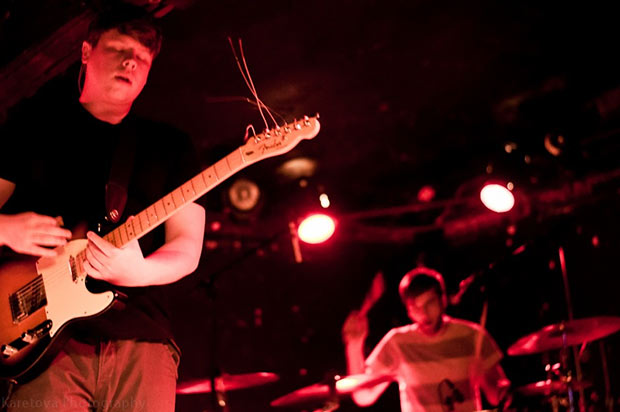 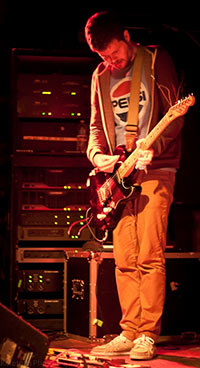 We Were Promised Jetpacks’ first headlining tour in the U.S. started at SXSW in mid-March.  A few weeks later they arrived in Bloomington, IN at The Bluebird Nightclub on Tuesday, March 27th with supporting acts Bad Veins and New Cassettes.  All too often opening acts are chosen because they are similar sonically to the headliner, and thus they may appeal to the same fan base.  However, the tactic of sharing the stage with lesser versions of the headliner can result in a tedious live show.  Thankfully, that was not the case on this night.  The connection between these acts is better characterized by mood than sound.  Each band deals in what may be described as cautious triumph.  All are energetic, even anthemic at times, but a darker side can be found in both their music and lyrics.  They don’t occupy an emotional middle ground, rather both poles at once.

As if to make this point, We Were Promised Jetpacks started their set 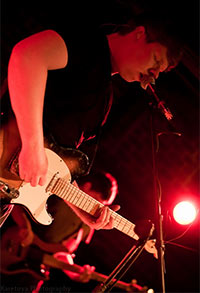 with “Hard To Remember”, perhaps their best example of this approach.  This track from their recent second album, In the Pit of the Stomach (QRO review), grows from plaintive to cathartic in under 45 seconds.  It evolves from dirge to anthem before a single word is spoken.  This is immediately followed by their biggest hit, the punchy “Quiet Little Voices” from their first album, These Four Walls (QRO review).  This trend of weaving together their relatively direct and uptempo songs with their slower and more expansive work continued, reaching 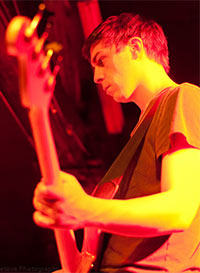 its peak in the middle of the set with the lengthy “Keeping Warm” which seamlessly combines both elements.  Beginning with a simple plucked melody, the song slowly grew into a wall of sound that somehow didn’t drown out the 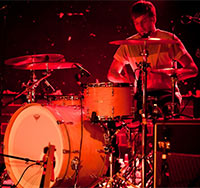 Their best work showcases both sides of their sound and these songs give room to We Were Promised Jetpacks’ secret weapon, singer Adam Thompson’s voice.  His disarming Scottish accent gives legitimacy to the triumphantly melancholic moments that often appear in their work.  Darren Lackie’s drumming consistently outpaced the tempo of the rest of the band, giving their performance an urgency that stood out over their otherwise unnoteworthy stage presence.  They continue their U.S. tour before returning to Europe in early May, so hurry if you want to catch this show Stateside. 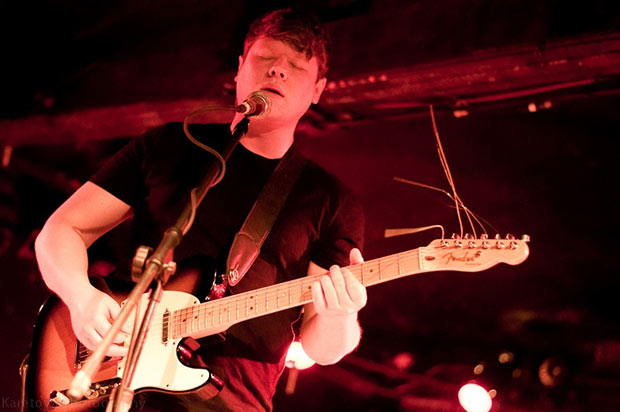