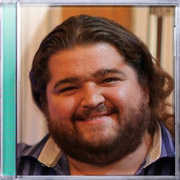 You’ve been waiting to get excited about something new from Weezer – we’ve all been waiting.  Back in the nineties, was there anything finer than records like their self-titled debut (the one with the blue cover, as opposed to the later Weezers with green & red covers) or follow-up Pinkerton, songs like “Buddy Holly” or “Say It Ain’t So”?  One of the alt-rock bands of the nineties that actually made it big, they also got a lot worse – singles like “Beverly Hills” only highlighted the egocentric, over-the-top, rock ‘n’ roll lifestyle focus of singer/songwriter Rivers Cuomo.  By the time they brought back the Weezer album title on 2008’s red-covered release (QRO review), it seemed like heresy to associate that poor showing with the great Weezer (Blue).

But then something started to change.  Their live shows (QRO live review) still leaned heavily on earlier, better material, and recruiting Josh Freese to play drums on tour (which he also does for Devo) moved drummer Patrick Watson to guitar and let Cuomo perform with only his mike, enabling him to jump into the crowd more than a few times at a show.  Last year’s Raditude (QRO review) wasn’t a return to nineties form, but also didn’t make you feel embarrassed for once loving Weezer.  Cuomo talked about doing a tour where the band just played Weezer (Blue) and Pinkerton, in their entireties.  And now Weezer has put out Hurley – again, not gonna match their greatest moments, but enjoyable in its cheese.

[note: unfortunately, other than the album title & cover, Hurley has no connection to the greatest character in the greatest drama ever, Jorge Garcia’s on Lost – QRO photo.  But dude, Hurley…]

The Blue/Pinkerton tour this winter is going to be called the ‘Memories Tour’, for Hurley opener “Memories” – is Cuomo admitting with the piece that older Weezer is better?  Even if he’s not, the track is still a major step away from his ‘singing about how great his life is’ that’s been his stock-and-trade in the first decade of the twenty-first century, returning to the catchy & fun, if not ultra-inspired, Weezer.  That’s the trend that holds up throughout Hurley, through better near-anthems like “Memories” & “Trainwrecks” and more forgettable ones such as “Ruling Me”, “Run Away”, “Hang On” & “Brave New World”.  Weezer goes sadder & more acoustic on “Unspoken” and closer “Time Flies”, but the band is best on Hurley when they go big with humor – “Where’s My Sex?” is a staccato rock procession version of nineties one-hit wonder King Missile’s one hit, “Detachable Penis”, while “Smart Girls” is Hurley‘s clear stand-out.  Fun & big, “Girls” better be the Hurley song that stays in their live rotation permanently, and should really get the band an appearance on 30 Rock (or on a tour stop at Parks & Recreation) – maybe a duel with LCD Soundsystem’s “Drunk Girls” (QRO album review).

No, Hurley doesn’t match nineties Weezer, but it’s the band’s best record in a while, maybe since 2001’s Weezer (Green).  Any Blue/Pinkerton ‘Memories Tour’ is going to be better than any Hurley tour, but the best of the former records will still be featured in the tour for latter record.  Weezer may never again be the alt-kings that they never really were (because the band was never that ‘alt’ – even now, after leaving longtime major label Geffen, they’ve only shifted to Sony imprint Epitaph), but that doesn’t mean they can’t still be enjoyable.

[note: your reviewer was – and always will be – a huge Lost fan, but kept the references in check in this review, save a “dude” or two (or three), in order to include all The Others out there.  And the island’s rock kings are still Driveshaft & Previously on Lost – QRO live review.  But for the Losties, and even the tailies, here are some proposed introductory lines to the review:

The numbers are bad!  Hurley is good!

Weezer live together or die alone.

Don’t tell Rivers what he can’t do!

Hurley lives on an island in the sun.

We’re gonna have to listen to that one again.

Rivers, there’s a new man in charge. (for those with Season Six DVD)

Weezer’s the new lead item on the coconut internet.

Miniboone – “The Other Summer”