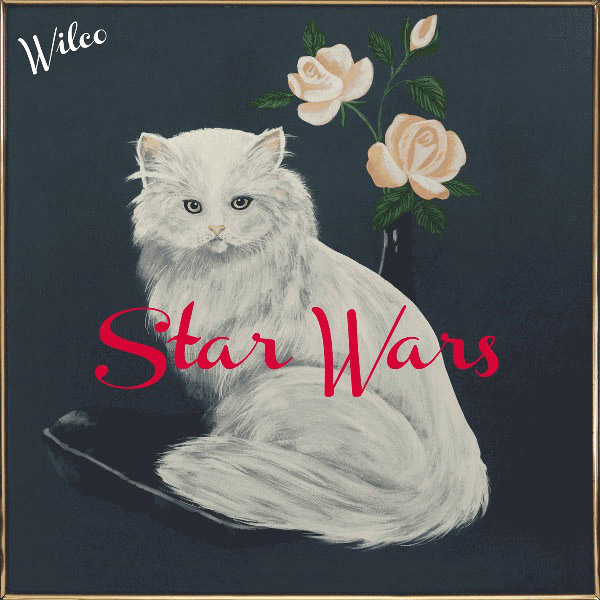 The Internet age has seen a number of big artists surprising fans by putting out records online that no one even knew were in the works, and often for free/pay-what-you-will. Radiohead did it with In Rainbows (QRO review), Beyoncé did it with Beyoncé, and now Wilco comes out with Star Wars, a free digital release of all-new material that’s a worthwhile addition to their impressive discography.

First things first, Star Wars can’t and isn’t the revelation that were Wilco breakthrough works such as A Ghost Is Born and Yankee Hotel Foxtrot. It isn’t even a maturing record like Sky Blue Sky (QRO review). But after the very Wilco-sounding The Whole Love (QRO review), which stuck perhaps a bit too closely to their genre-defining alt-country sound (save for opener “Art of Almost”), Star Wars sees a less refined band. That’s particularly the case with its own opener, “EKG”, an unnecessary out-of-tune jam that thankfully doesn’t presage a whole album of them (and will probably be skipped when people play the record on their iTunes).

Though the rest of Star Wars does traffic somewhat in noise & out-of-tune, but in a much better fashion there on out. The band is relaxed with “More…” and “King of You”, but your best bet is when frontman Jeff Tweedy goes sly. Back-to-back “Random Name Generator” and particularly “The Joke Explained” are the kind of songs that made Wilco your friend. Meanwhile, the sweet and intimate Wilco is also present with “Where Do I Begin” and “Magnetized”.

When a band drops a surprise new album for free on the Internet, expectations can be low – ‘you get what you pay for’ and suspicion of it just being extras/b-sides that weren’t good enough to make the last record. While Star Wars might not match Wilco’s very high heights, it certainly beats those low bars for a very pleasant gift.