In NYC in the midst of their umpteenth tour, Elliott & Natalie Bergmann of Wild Belle sat down with QRO....
by Ted Chase February 17, 2013 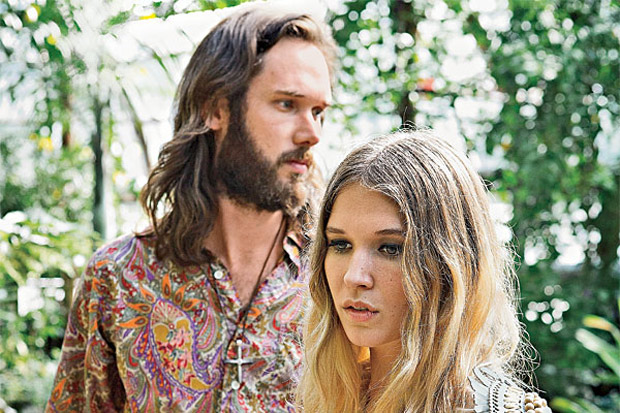 In NYC in the midst of their umpteenth tour, Elliott & Natalie Bergmann of Wild Belle sat down with QRO.  In the conversation with the brother & sister act, the Bergmanns talked about all of their touring (including three times in New York last year & upcoming trip to Europe), next month’s release of debut full-length Isles, the next record after that, South-by-Southwest last year & this, going down to Jamaica & working a little gangsta to the bone, frostbite to Jacuzzi in Colorado, and more…

QRO: How is this tour going?

EB: It’s fantastic.  We’re having a great time, we’re out with two great bands.  Toro y Moi’s awesome, awesome people.  It’s fun to play big shows every night; crowds are just excited, getting music.  It’s been fun.  It’s been great meeting a bunch of new people; seems like kind of opening up a little bit of a new window for us, in terms of finding some new listeners.

QRO: It seems like you’ve been touring a whole lot – weren’t you in NYC like three times last year as well?

EB: We’ve been touring too much… [laughs]  We’re gonna have to retire before our record comes out, I think.

NB: That’s just kinda what we gotta do.  We’re trying to expose our music to a lot of people.

QRO: Next month, you’ll be touring Europe – will this be your first tour of Europe (outside of the French dates last November)?

NB: This is sort of the most extensive trip we’ll be taking to Europe.  We did some U.K. and European dates a couple of times.  We had a really good time in Paris last time – got to play with Alabama Shakes, which was cool.

This one’s gonna be great, because we’re going to some countries I’ve never been to.  I’m psyched.

We’ve been touring too much… We’re gonna have to retire before our record comes out, I think.

QRO: Are you doing South-by-Southwest next month?

NB: There are a couple of different parties we’re playing, and we’re excited to go back down there.

QRO: How was SXSW last year?

EB: It was fantastic.  I felt like that was sort of one of the things… one of the first big, big things that we did.  We’d released a record on our own label – we’d just put out a twelve-inch single of “Keep You”.  South-by-Southwest was a really nice chance to get to play for different people from all over.  It’s one of those festivals which is everybody… it’s just a nice way to kinda play for everybody that you would want to play for.

So we’re looking forward again to it this year.  Our record comes out right before – Tuesday, and then we’ll be down there.

QRO: You’re signed to Columbia – was that at all set-up at SXSW, did you meet people there who set it up?

EB: We had already met with them, but that was definitely moving towards that, when we were down at South-by.  We just… … [laughs]

We’re excited to go to South-by, especially with the new record in our hands. 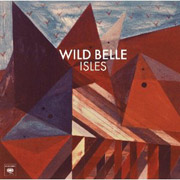 The record looks really cool – my mom did this sort of geometric shape painting in the seventies; she had a series of these huge paintings and canvases.  And so the record cover is gonna be one of her paintings.

She passed away six years ago; she’s very much part of our life and our hearts, and a part of the record.  So I was psyched to use her painting on our cover.

QRO: I suppose SXSW will be different this year, with having the new album out – you’ll be in a different place…

NB: Totally.  And we’re getting two of my friends to sing back-up; these beautiful friends that I have, two girls.  Gonna get our friend to play congos.  It’s gonna be a fun party.

QRO: Who are the people in your touring band?

EB: Erik Hall, who plays guitar and keyboards, and then Quin Kirchner is our drummer.  Both of those guys are guys from NOMO – we’ve played together for many years.  And then Calvin Harrison is our bass player.

You don’t fight it.  You drink beer… [laughs]

You get off-days, you sleep, you run around the city.  You get rejuvenated by the energy of the different city.

EB: But you get to see all of your friends, too.  It is a party.  It’s really hard work and it’s a really fun party at the same time.  So you get the energy of your family and your loved ones, your friends in every city.

Like, our aunt & uncle are gonna come down [this night].  They’ve been super-supportive over the years.  It’s a nice way to connect with people that you’ve known for years, and then you connect with new people, too.  That’s one of the things that’s sustained us – just making connections with people.

QRO: Right now, do you play exclusively off the upcoming Isles?

NB: There are a couple of songs we play that aren’t on that record.

QRO: Was all of Isles made at the same time, or was it from different recording sessions?  Like, did you redo “Keep You”, or did you use the one from the seven-inch?

EB: We used the same one.  It happened in a few different little chunks, but it was a pretty concentrated period of recording.  It happened over a couple of months, and then the record was done; it’s been done for over a year.

QRO: Are you eager to have the record out, so people will be more familiar with your stuff beyond the singles?

And just, we want people to see the whole spectrum of the record.  ‘Cause you know, we released “Keep You”, and we kinda get – people sort of label you as a ‘reggae band’; that’s not what we are, you know?

EB: So yeah, we’re really excited to have the full spectrum of what the band really can do kinda come out.  And it’s really fun to have people know the songs, and singing along when we’re playing, so the more that can happen, I think, the better.

There were lots of dangerous moments in Kingston, but if it didn’t happen, the video wouldn’t be what it is.

QRO: Are you already thinking about the next record?

NB: I mean, yeah – we’ve gotta keep making ‘em.  When we have time, which will probably be in a couple of months, after we go through the next touring cycle, after we release Isles.  I think that we’ll probably just get right back into the studio.

QRO: How was making the video for “Keep You”?

NB: That was a whole lotta fun.

We went down to Kingston [Jamaica], with this amazing director [Melina Matrsoukass], who is a seriously driven woman, and she’s got radical ideas, and she’s kinda dangerous.  There were lots of dangerous moments in Kingston, but if it didn’t happen, the video wouldn’t be what it is.

It was just fun.  That country is beautiful, the people are so wonderful and generous, and the whole crew who worked with us on that video were just good people.  It was a fun, fun trip.

QRO: Where did the idea of having a kid play the ‘You’ of the song in the video come from?  Was that the director?

And we just pushed him – it was like ‘child labor’! Don’t put that in the interview…

I gotta imagine that kid’s gotta be…

NB: Dude, he had so much swag!  I had to audition this kid, and the way we auditioned him, this kid is speaking in patois, he’s yelling at me, and he’s like, [patois accent] “Woman, you get the fuck outta my face, you get outta my face!”  And I’m like, “You’re so stupid, you stupid little boy!”  We’re screaming…

It was me and this one kid, this little, effeminate kid that obviously took acting classes or something, and then there’s Jabbari, who’s just a little gangsta.  And I was like, “You are the little man in this video…”

He was so cool.  And the way he progressed throughout – it was a couple of days that we worked on the video, and it was like four A.M. until midnight, each day.  Four A.M. to midnight.  And we just pushed him – it was like ‘child labor’!  Don’t put that in the interview… [laughs]

His mom was like standing around, being like, [patois accent] “Jabbari, when are we gonna go home?…”  And she’s getting pissed off at everybody, because we’re like working him to his bones.

But what a little darling – that was a fun time.

QRO: I gotta imagine that kid’s gotta be – not just proud of it as an artistic thing, but to show his friends, “Oh, yeah, here’s this girl – she’s so into me!  And I’m with all these other girls…”

EB: Dude is set for life…

Wild Belle’s video for “Keep You”:

QRO: Elliot, do you at all find it weird listening to your sister sing about trying to keep this no-good guy?

That was kind of a riot, because they’re freezing, and then they get back.  But then we started developing these little games.  Like run across the field, shake all of the snow off of the tree – seriously, they had frostbite on their feet!  It was hilarious…

QRO: Was it just the guys, or were you having to do this as well?

Seriously, they had frostbite on their feet! It was hilarious…

EB: Full participation from all…

QRO: Do you have any favorite cities or venues from all your touring?

EB: There’s amazing places all over, but we’re still sort of mourning the loss of one of our favorite places, which is Zebulon in Brooklyn.

NB: That was like home to us.  He managed it; I worked there.

It was just a cool nook in Brooklyn where musicians could just dwell amongst each other.  And now it’s gone, and so there’s sort of a void we’re feeling about coming back to Brooklyn.  ‘Where do we congregate with all of our people?…’