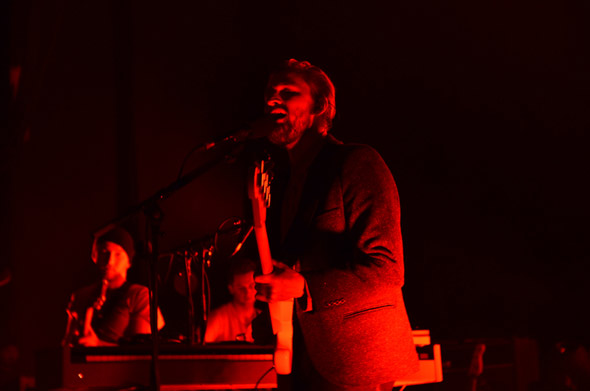 Click here for photos of Wild Beasts at Baby’s All Right in Brooklyn, NY on August 10th, 2016 in the QRO Concert Photo Gallery

Click here for photos of Wild Beasts at 2012 All Tomorrow’s Parties in Minehead, U.K. in the QRO Concert Photo Gallery

Click here for photos of Wild Beasts at 2012 Beacons Festival in Skipton, U.K. in the QRO Concert Photo Gallery

Click here for photos of Wild Beasts at 2012 Primavera Sound Festival in Barcelona, Spain in the QRO Concert Photo Gallery 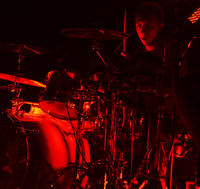 It’s something chronic when you start to compare a band’s style to their name – after all, aren’t you meant not to judge a book by its cover?  However, Wild Beasts seem far too spot-on to their descriptive name to get away with the comparison.  Playing their biggest London shows to date, two nights at Shepherds Bush Empire, Wild Beasts oozed completely power and precision on November 23rd, and showed an untamed, wild talent after rising to fame over the last ten years from humble beginnings from England’s North. 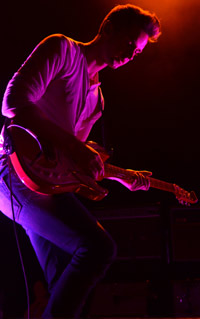 Meeting at school, the collective of these four young men has progressed a long way, and being snapped up by primary indie label Domino records and highly tipped for the top by leading musicpress in recent years.  Wild Beasts haven’t so much been a hype band as slow burners, with gradual hype building from frequent appearances at small British festivals and gigs, building quite the reputation, and captivating listeners, and Wild Beasts’ show at Shepherds Bush empire did just that, wowing fans whilst truly cementing a well deserved place as the forefront runners in the future of British music. 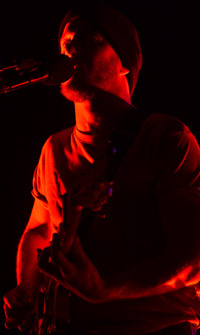 At the pinnacle of their career with two sold-out shows at one of London’s most established venues, the facts speak for themselves, and likewise, success is well deserved.

The band donned the stage, with no need for flashy décor, but simply the adornment of the falsetto from frontman Hayden Thorpe and soulful voice of Tom Fleming was enough to send shivers down anyone’s spine.  The duality of the pairs voices was almost shattering, with profound vocals in strong delivery, hard-hitting and precise, showcased on opener “Lions Share”.  The band have evolved through recent years, most notably through their latest two albums, Limbo Panto (2008) and Two Dancers, which have caused a stir surrounding the band. 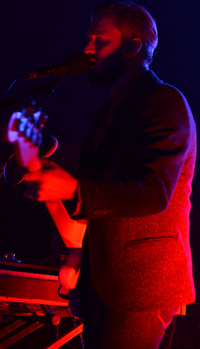 Noteworthy in nature, the band has continued to stun, with a perpetual development in style and sound.  Wild Beasts continued to showcase a range of material from their back catalogue to a real response, with total engagement from the entire venue – a rarity in these ages where gigs are often banded about as just ‘something to do.’  The consistency of Wild Beasts’ set was outstanding, with both tracks from the new album, such as “Bed of Nails”, “Albatross” and “Deeper” truly pulling in the audience in to a uncanny level of engagement, whilst old fan favourites which allowed the band to reach the success they have achieved and very much cemented their reputation on the UK’s independent scene, such as “The Devil’s Crayon”, allowed the crowd to let loose in old familiars.