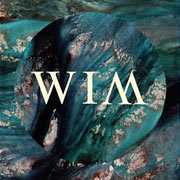 There’s an indie-spin on everything these days, even highbrow forms of music such as classical (witness The National – QRO spotlight on) and even choirboy (see Active Child – QRO album review).  Sydney’s WIM take a largely darkly approach to their modern versions of classical, choirboy, and more on their self-titled debut.  While the steam peters out after a great open, there’s still a lot of promise in WIM.

Single/lead-off track "Colossus" makes listeners take note, proceeding both darkly in atmosphere and lightly in touch for a loss-haunt that slowly grows & boils.  The following "See You Hurry" is a kind of New Wave-choral that brings to mind eighties Alphaville’s "Forever Young", but in a new post-post-modern way.  Unfortunately, from there WIM just can’t keep up with that one-two punch.  Carnival-pop ditties like "Something For You", "Monster and Me", and "Moth" are nice, but the dark side is WIM’s superior side.  Yet the stripped-into-bigger back-to-back "In the Morning" and "John" both get over-maudlin when they get larger.  And following choirboy epic and titular closer "Over the Mountains" is a hidden number (why do bands still do hidden songs?  It’s just a pain to either wait out the silence or fast-forward…) whose piano-vox keeps up WIM’s maudlin nature.

After the excellence that is "Colossus" & "See You Hurry", it’s natural to feel disappointment with the rest of WIM.  But as a debut, and especially as an introduction to the States, it makes one take notice of yet another way indie- can prefix anything.