This isn’t news, but New York City is an expensive place to live.... 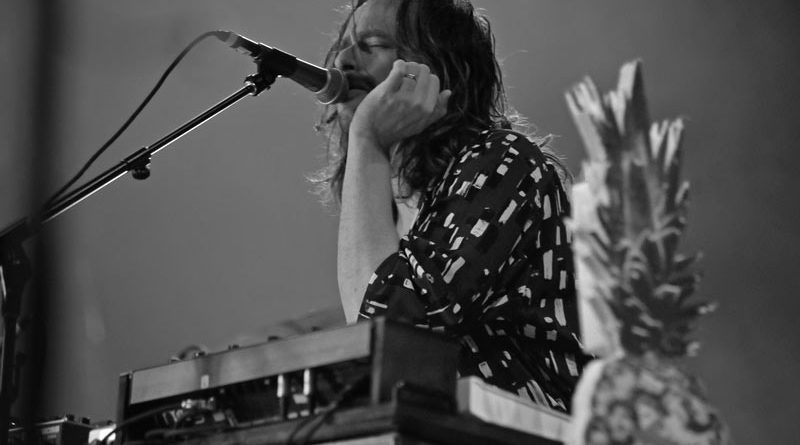 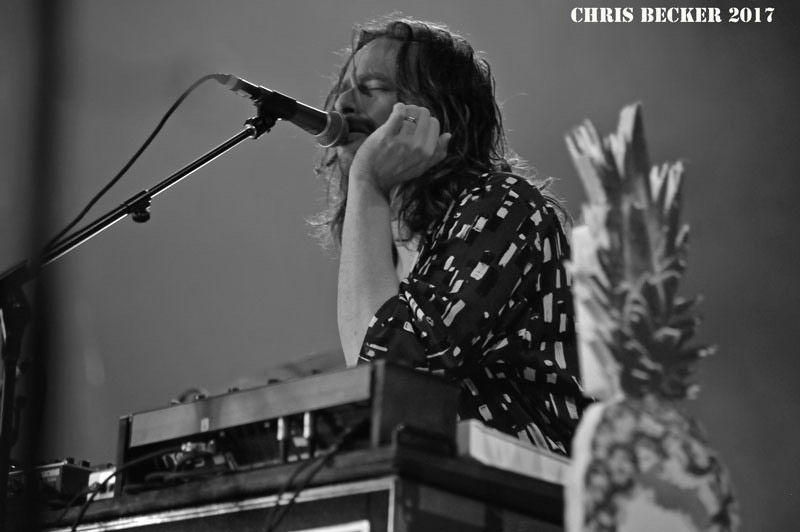 This isn’t news, but New York City is an expensive place to live. The 2008/9 economic crash might have halted the inexorable price increases for a little while, but that was well in the past, and “the rent is too damn high.” Just as the Lower East Side got too pricey and the artist types moved to Williamsburg, now Williamsburg is too pricey and the artists are moving further down the L line (what they’ll all do when the L stops connecting Manhattan & Brooklyn for a year-and-a-half of repairs is anyone’s guess…). Crime is way down and you can get an artisanal anything anywhere anytime, but that all comes with a cost. 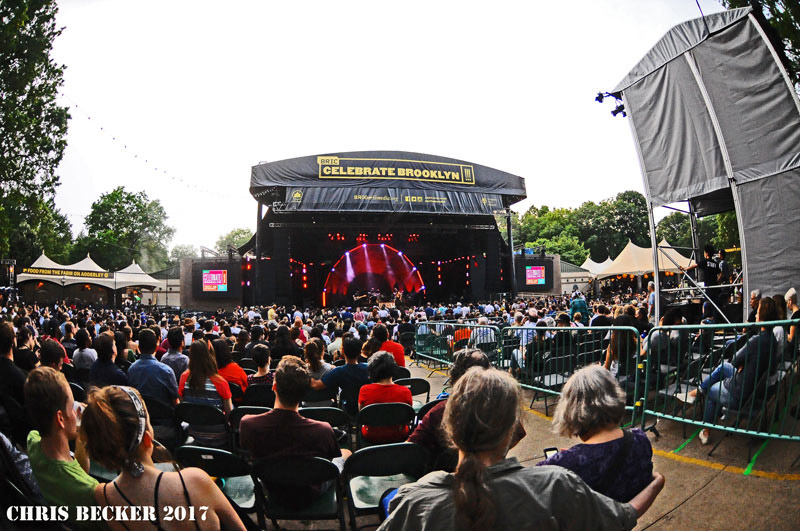 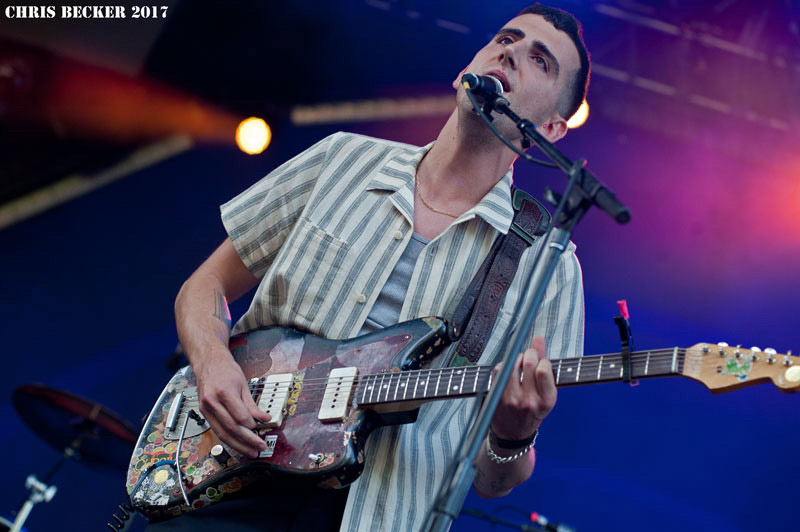 BRIC is a city-sponsored arts charity in a city park, so it started & ended early. Artist types might have been more used to the late starts of regular concerts, where the doors time is well before the show (just posted to get you there early, to spend money on drinks), but at Prospect Park Bandshell that would have meant missing the first act, indie-rockers Cymbals Eat Guitars. Originally actually hailing from Staten Island, they’ve grown and matured since their early days. 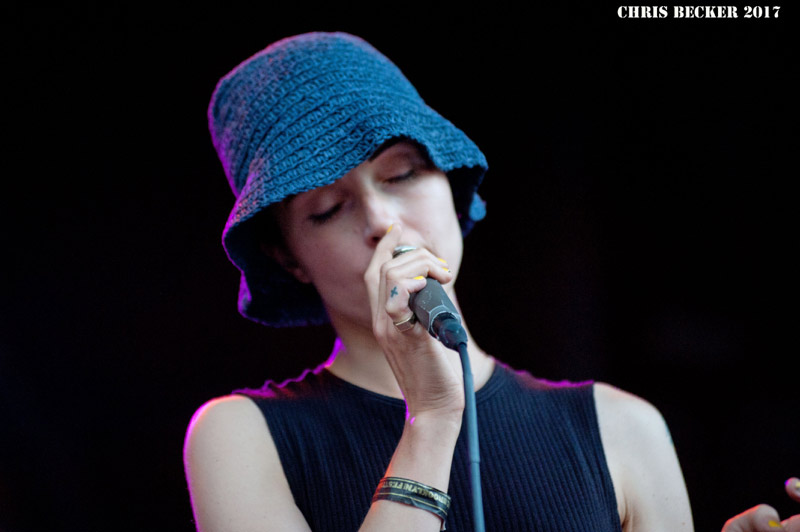 Not from New York was Minneapolis’ Poliça, a darker synth-pop outfit. But it was still very much light out as they played, which may have contrasted a bit with their music, but definitely fit with the setting. As it’s gotten more expensive, New York has also gotten more family-friendly over the years (see: Times Square), but it’s still remarkable how family-friendly Prospect Park and the Bandshell are. Some of the shock just comes from seeing all that green, and in a wilder form than in Central Park. The Celebrate Brooklyn! show was of slightly older acts, for hipsters who remember George W. Bush, and some of them have since had children and moved to Park Slope, but it was still neat to see kids running around, being kids, even hanging from trees – though also could easily make one wistful for one’s own long-lost childhood. 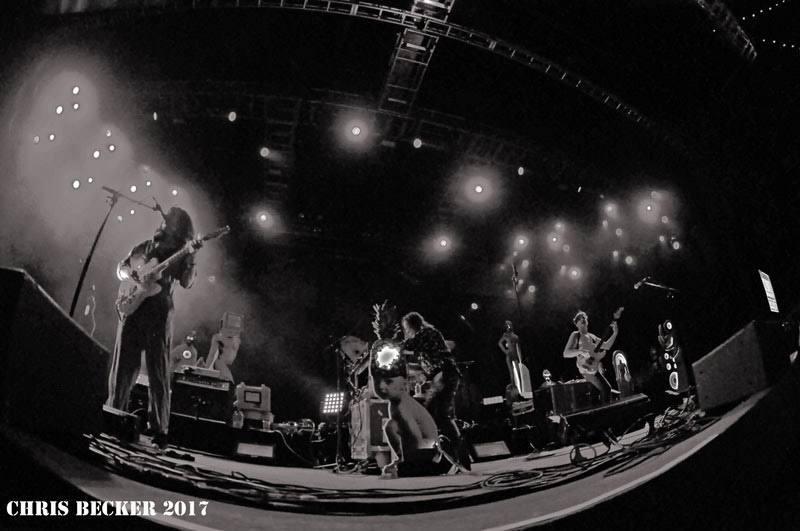 Yeasayer started in Brooklyn a decade ago, when the borough had only begun flourishing with great new alternative music. Singer Chris Keating referenced more than once that the band’s first album, All Hour Cymbals (QRO review), had been recorded ten years ago & like ten blocks away, in “South Park Slope” as the realtors call it (another sign of gentrification, though that name less brings to mind sweet kids in Prospect Park, and more sarcastic animated kids in Colorado…). Perhaps the location & the anniversary opened the way for the band to play more from that old record; they also aren’t on a specific album tour, their last being last year’s Amen & Goodbye (QRO review), though that got played as well.

Admittedly, the Amen opener “Divine Simulacrum” was kind of a slow starter, but from there Yeasayer delivered their unique mix of indie-rock, world, electronica, and more. Brooklyn resident guitarist Delicate Steve (QRO album review) joined the band for Amen’s “Cold Night” and “Silly Me” (he must live close by, as he did the same at Prospect Park Bandshell years ago for Ra Ra Riot – QRO live review). Keating led the crowd in a sing-along to the band’s odd dance hit from 2010’s Odd Blood (QRO review), “O.N.E.” He remarked how good it was to be dancing, especially as he’d been depressed since November, and had to keep himself from bemoaning the current political climate, including the recent special elections in Georgia & Montana, though added that perhaps we all need to move to the likes of Montana now…

There also was a great moment when Keating, guitarist Anand Wilder (QRO interview), and bassist Ira Wolf Tuton remembered making All Hour Cymbals, pre-Spotify, when they still sold records, and had pagers. “Blowing up my pagers with ‘912’s – when it’s not an emergency, but really important…” “Yeasayer makes pager jokes, people…”

There are more free shows this summer at Prospect Park Bandshell – along with a few ticketed ones, with New York prices, that support all the free ones. And there are many other free concerts across the city, from morning talk show performances on forward. The Big Apple might cost a pretty penny to live in, but it’s a pretty nice place to live. 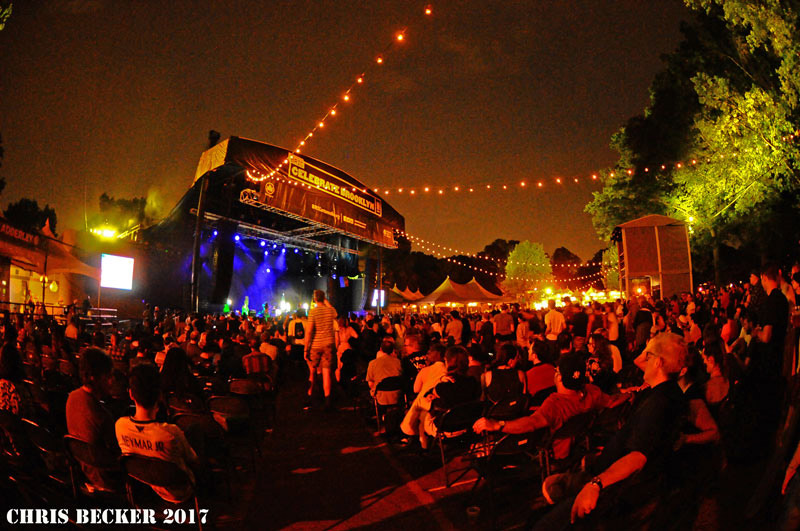