<img src="http://www.qromag.com/wp-content/uploads/2012/04/yuksekapr5.jpg" alt="Yuksek : Live" />Good things come to those who wait, and Pierre-Alexandre Busson's patience has paid off. ... 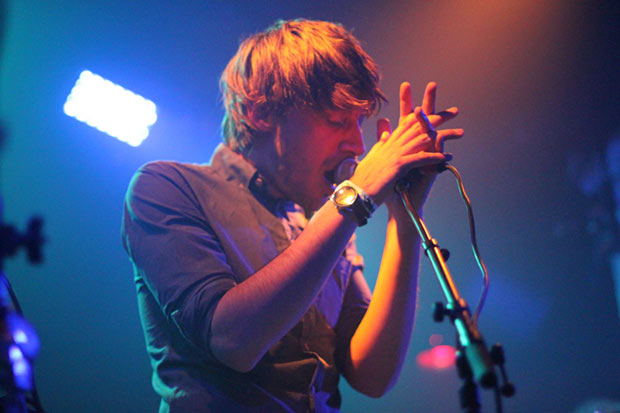 Click here for of Yuksek at 2013 Full Moon Festival in New York, NY in the QRO Concert Photo Gallery

Click here for photos of Yuksek at CMJ 2011 in New York, NY in the QRO Concert Photo Gallery

Click here for photos of Yuksek at 2011 Creators Project in Brooklyn, NY in the QRO Concert Photo Gallery 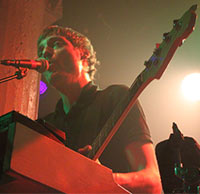 Good things come to those who wait, and Pierre-Alexandre Busson’s patience has paid off.  The French electro-pop artist, a.k.a. Yuksek, returned to New York for the first time after his album Living On the Edge of Time was finally released in the U.S., having come out last summer at home.  He made his first impressions on Santos Party House last October, with a performance that was a high point of CMJ (QRO recap).  Performing back at Santos (QRO venue review) on Thursday, April 5th for Popshop NYC, Busson once again showed the Chinatown venue a good time. 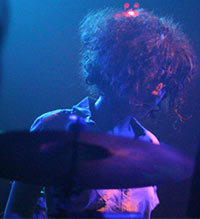 Backed by Clément Daquin (keys/bass) and Léonie Pernet (drums), Busson played highlights from Living On the Edge of Time, along with the party-ready “Extraball” from 2009’s Away From the Sea.  Live, the songs are translated with funkier synth lines for maximum dancing potential.  The elegance of the recordings on tracks like “On a Train” stays intact, but with a punchier, more crowd-friendly sound.

Au revoir, Yuksek – and maybe next time, Busson and co. will have the opportunity to headline their own show. 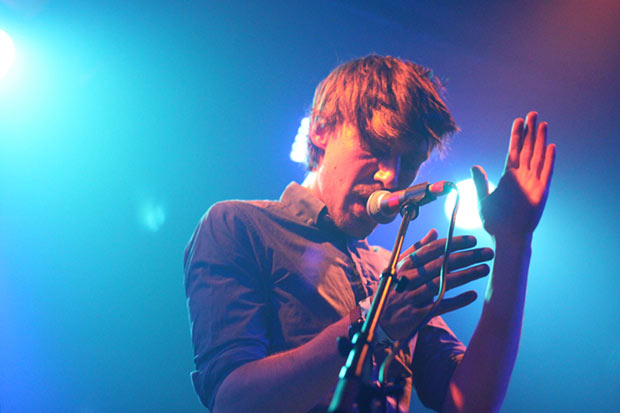