The entrance to Central Park SummerStage is in Central Park, between 70th and 71st Street, just to the west of Fifth Avenue, along the road that goes south from... 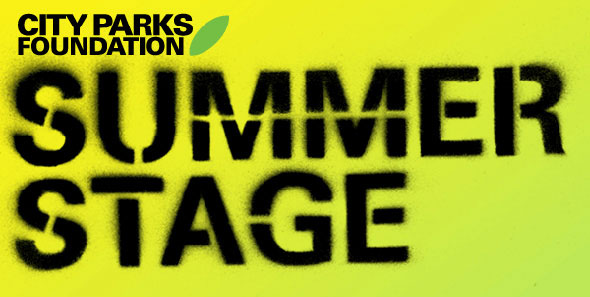 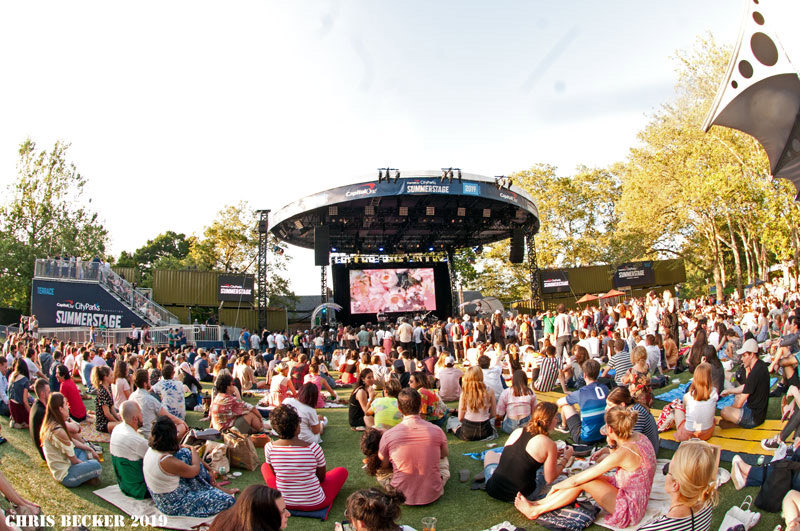 The actual stage floor of the SummerStage isn’t on grass, but rather some Astroturf-like mat over concrete or stone.  There are also bleachers behind the stage floor, as well as on the far side from the entrance, giving it a seating area comparable to Prospect Park Bandshell or the late McCarren Park Pool.  However, the far side bleachers and some of the main bleachers are reserved for SummerStage members only, as well as the bar and balcony on the opposite side from the stage.  The stage itself is quite massive, with a photo pit in the front and a VIP area to the house-right side.  Both sides of the stage are flanked by two shipping crates each, including jumbo screens on them.  Beer and food tents are located around the house-right entrance, as well as to the far house-left.  The trees of Central Park surround the whole place, creating a lovely frame, with Manhattan’s high-rises and skyscrapers only peaking out above the canopy in the distance.

Most of the events held at the Central Park SummerStage are free, with a few paid events, mostly benefits for the organization.  SummerStage holds a wide mix of concerts, from indie-rock to adult contemporary, though there’s a strong emphasis on world music in the free events.  However, the headlining acts are invariably big names in their genre, befitting the big-name status of the venue, especially for the paid events.  With its eclectic and rather high-minded collection of acts, not everything is going to be someone’s cup of tea, but it’s one of the best places to catch someone you do like.

Within Central Park, between 70th and 71st Street 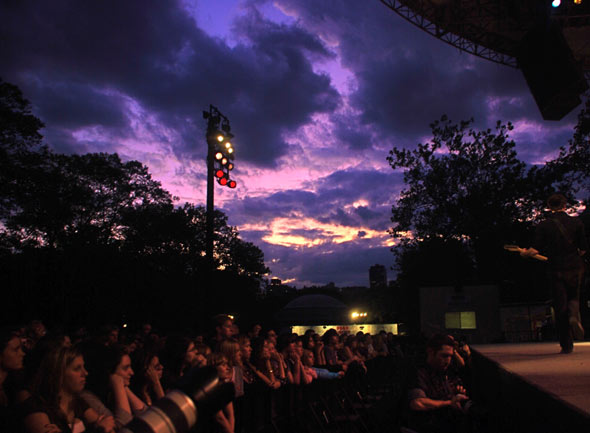