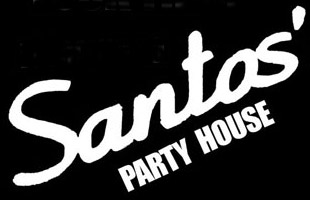 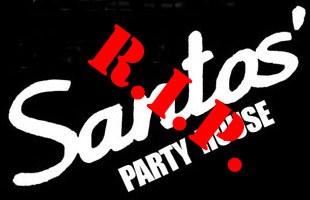 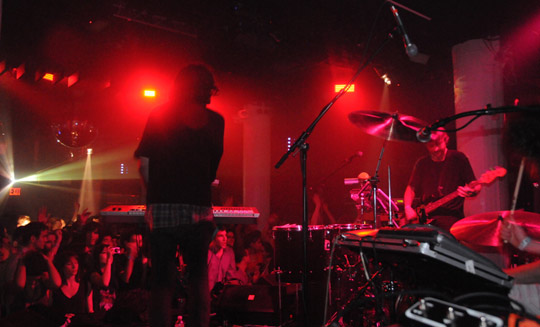 Santos Party House is located on 100 Lafayette Street, Manhattan, on the corner of Lafayette and Walker Street.  It lies on the northern edge of Chinatown, just south of Little Italy (the dividing line is Canal Street, one block to the north – also the dividing line between SoHo and TriBeCa, to the west), southeast (along Canal Street) of Canal Room and east of the late Knitting Factory.  A recent venue, the downstairs opened on May 14th, 2008, while the upstairs opened on June 1st, 2008 – it took the partners, including musician Andrew W.K., three years to acquire a cabaret license and convert the factory into a venue.

Santos is actually a two-floor ‘party space’, with the larger upstairs being the main room, akin to old Knitting Factory and Webster Hall/Studio @ Webster Hall (though those are/were both three-floor spaces, and had balconies on the main room).  The entrance leads to the back end of the stage floor, house-left, with bars on the near-left and far-right.  Bathrooms are downstairs, through the back, house-right exit (also used as the main exit when shows conclude).  Also like Webster Hall, the sound system and lighting are strong, but the smoke machine is over-used.  It is smaller, though, as well as easier to get to the front, with extra space up front at the right and left of the stage.

Designed to not just be a concert venue but a ‘party space’, nights there are often billed as ‘events’, akin to GBH events at Webster Hall or most nights at Brooklyn’s late Studio B.  Hip-hop and dance is more frequent that indie-rock, and some events are ‘showcases’ by a particular artist/label/pr firm.  Located in a higher-price area of Manhattan that is lacking for venues (especially once Knitting Factory moved to Williamsburg), and easily accessible by subway, Santos is a welcome addition, but still more of an outlier than challenger to the Bowery haunts. 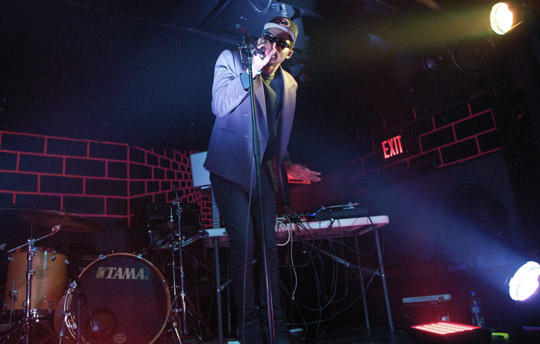