The Kills showed off some new songs in Chicago, just after Lollapalooza.... 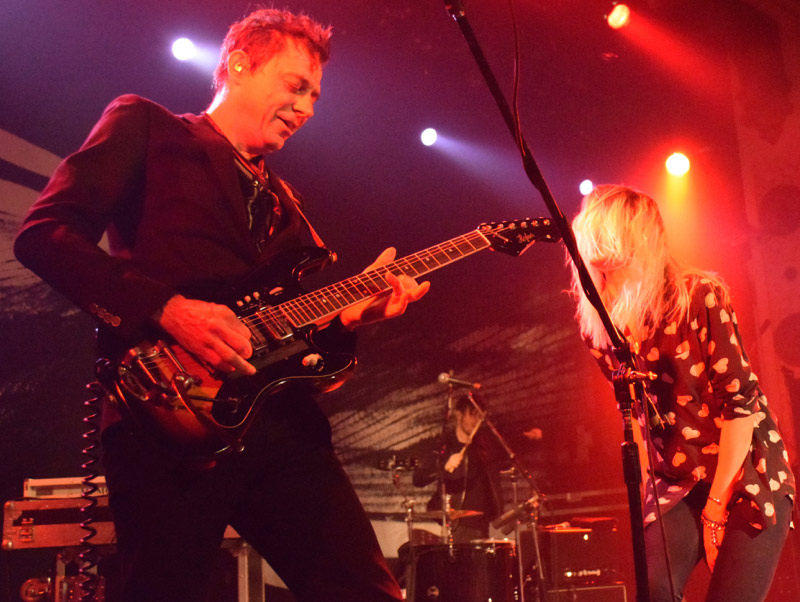 Click here for photos of The Kills at SXSW 2016 in Austin, TX in the QRO Concert Photo Gallery

Just hours after Lollapalooza wrapped on Sunday, August 2nd, The Kills came to play The Metro on the north side of Chicago, around the corner from Wrigley Field. In many ways, the performance was everything that Lollapalooza (QRO recap) was not: adult, intimate, and new. 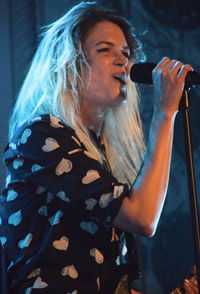 Indeed, the sold-out Metro seemed small for the band, at least to this out-of-towner – this is a band that’s headlined Terminal 5 (QRO venue review) in New York (QRO live review), yet The Metro seemed smaller than Webster Hall (QRO venue review). But this was a late Sunday night show, taking into account that many fans would be at Lollapalooza (though it wasn’t one of those post-‘Palooza official late shows, as The Kills were not at the festival). It also was not part of a larger tour, but rather it was a chance for the duo of Jamie Hince & Alison Mosshart to hone some new songs live, and fit them in with the old. 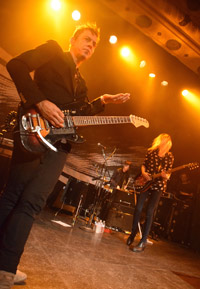 The Kills still opened with familiar material, “U.R.A. Fever” from 2008’s Midnight Boom, “Heart Is a Beating Drum” from 2011’s Blood Pressures (QRO review), and “Kissy Kissy” from 2003’s debut Keep On Your Mean Side. But after two more from Blood, “DNA” and “Satellite”, Mosshart had fully thrashed about (both on guitar and not). The new “Impossible Tracks” was more a Hince grinder that still felt a bit rough sounding live (at least at this point & sound system), but the following also new “Echo Home” saw Mosshart slow and sexy (as opposed to just sexy on their other songs…).

After a double-tap from Midnight in “Black Balloon” and “Tape Song”, The Kills drew from 2004’s No Wow with the title track, which interestingly got a roar of approval leading into it with its first notes – this was a crowd who knew about The Kills before Mosshart teamed up with celebrity/musician Jack White in The Dead Weather (QRO album review – who have their own new album out this fall) and Hince teamed up with celebrity/model Kate Moss in marriage. Things slowed up with Blood’s “Baby Says”, before another new one, “Doin’ It To Death”, which saw The Kills engage with synthesizers (and more sexy Mosshart moves). The duo went into their encore break mashing up Blood’s “Pots and Pans” & Keep’s “Monkey 23”, and returned with Blood’s “The Last Goodbye” – the encore return is about the only place that crooner fits on a set list – and ended the night on Keep’s “Fried My Little Brains”. 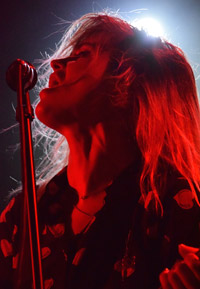 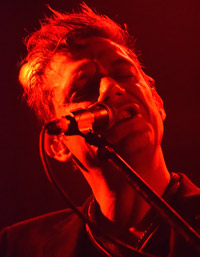 Hince & Mosshart were characteristically light on the banter (save an indecipherable joke about Lollapalooza from Englishmun Hince), and their rhythm section was still stuck in the back in the dark. It’s kind of interesting that The Kills are a duo without a drummer, considering how essential their driving rhythm is, but you could say they just keep time with Mosshart’s ever-present jerks of her body (and whips of her hair). At least she managed to keep her sleeves rolled up this time, as she’s usually pushing them up her arms all show long.

The Kills next hit the road for a few East Coast dates in late September, including two nights (after the first one sold out) at Brooklyn’s Warsaw (QRO venue review), 24th & 25th, before the Landmark Festival in Washington D.C. But Chicago got its brains fried early. 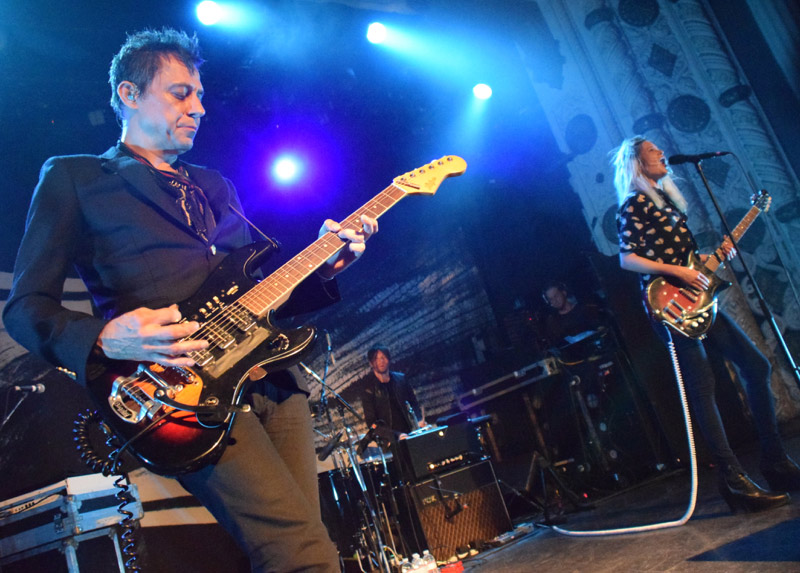