<img src="http://www.qromag.com/wp-content/uploads/2012/09/thevaccinessep10.jpg" alt="The Vaccines : Live" />The Vaccines came a long way since their last appearance at Bowery Ballroom, in both physical distance from their U.K. home base,... 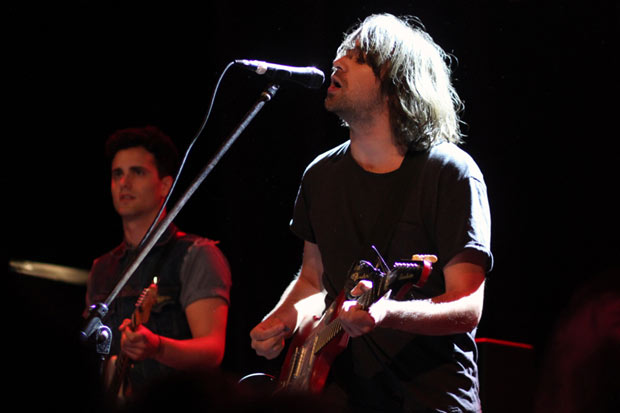 The Vaccines came a long way since their last appearance at Bowery Ballroom (QRO venue review) in early 2011, in both physical distance from their U.K. home base, and their successes and overall growth as a band.  Promoting the release of their second LP (available on October 4th in the US), Come of Age, the band (featuring Justin Young on vocals/guitar, Freddie Cowan on guitar, Arni Arnason on bass and Pete Roberson on drums) played their first of two sold-out New York City shows on September 10th at the intimate but infamous Lower East Side stage for a welcoming crowd whose enthusiasm was certainly evident despite it being a Monday night.  The cover of their new release covered the back wall of the stage, the youthful punk portrait carrying a classic vintage feel with clean modern execution. 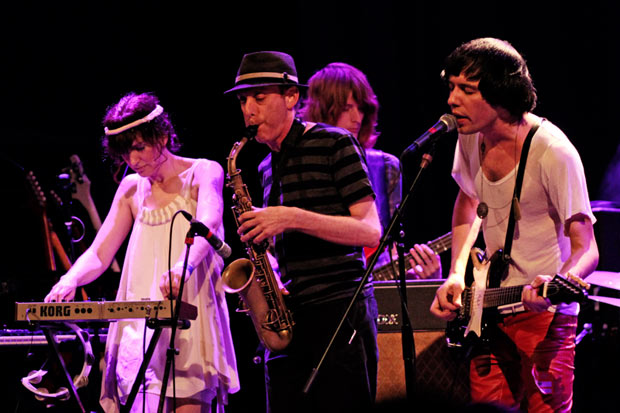 The opener, Ryan Jarman’s Exclamation Pony, had a mellow indie vibe with an undercurrent of authentic UK punk attitude, setting the stage and 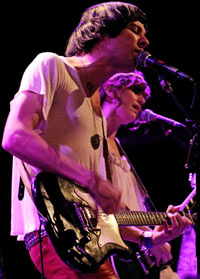 warming up the crowd for the venue’s second taste of The Vaccines.  With Jarman soon to be back on the road with The Cribs (a three piece indie rock band founded in 2004 with twin brother Gary and younger brother Ross – QRO live review), the crowd got a lucky taste of his experimental project to whet their appetite for a taste of authentic U.K. indie-rock.  The interesting mix of musicians who graced the stage started the set with some heavier punk influenced songs to get the night headed in the right direction.  The crowd, already filling a good portion of the main floor, was supportive of Jarman’s new “outfit” (as he referred to it recently on Twitter), building up enthusiasm as the set progressed through various layers of musical influence. 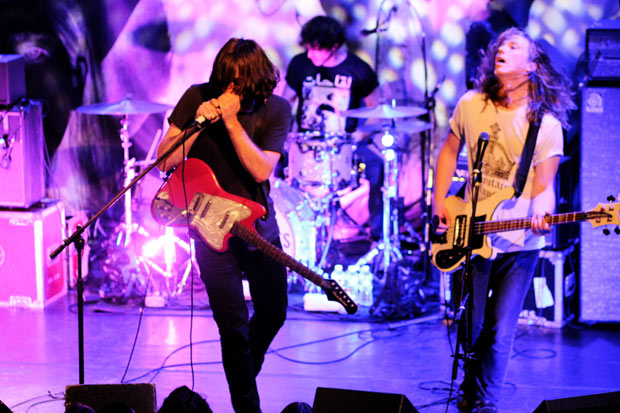 Click here for photos of The Vaccines at 2011 Escape To NY in Southampton, NY in the QRO Concert Photo Gallery

Click here for photos of The Vaccines at SXSW 2011 in Austin, TX in the QRO Concert Photo Gallery

Click here for QRO’s review of The Vaccines as part of the NME Shockwave Tour at O2 Academy in Leeds, U.K. on February 9th, 2011

As the opener wrapped up their set, the still growing crowd began to fill out whatever space remained on the floor in anticipation for The Vaccines.  Since their first album release in 2011, What Did You Expect from the Vaccines? (QRO review), the group has matured to find a more solid foundation for their overall sound.  Having cited inspiration for their songs ranging from ‘50s classic rock & roll to ‘80s hardcore, but also with the strong intent to appeal to the mainstream pop audience, it’s no wonder that they have songs that resonate with their audience.  Their sound is authentic and the band themselves have retained a sense of humility and gratefulness, refreshing in a scene where musicians can quickly become ego-driven and pretentious, which was clear in their presence on the stage while dealing with a brief technical issue with the sound before the set began.  Young sheepishly noted that he’s “not a very funny guy” rather than try to make jokes about the snafu, right before Cowan gives a thumbs up to the soundboard upstairs and the exchange of nods between the band gave way to the cheers of the crowd with the first few notes.

Starting off the night with “No Hope”, the first track on Come of Age, their unpretentious stage presence and evolved sound brought the energy level up to help the crowd forget it was a Monday night.  Sure to appeal to many of the 20s/30s crowd, the song brought a potent dose of life to the typical apathetic quarter-life crisis with lyrics such as, “I don’t really care about / Anybody else when I haven’t got my whole life figured out,” and perhaps the catch phrase of the entire generation itself, “There is no hope / And it never goes my way”.  It was quickly followed by the short and sweet “Wreckin’ Bar (Ra Ra Ra)” which certainly got the crowd riled up and singing along with it’s punchy “yeah yeah yeah”s and “no no no”s. 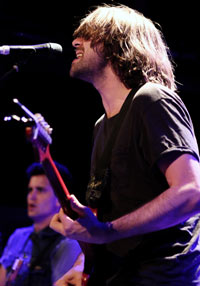 As The Vaccines worked their way through the set, whose fifteen songs featured tracks from both their albums, the most dedicated fans present were certainly ardent towards the new and old alike.  Justin Young, on guitar/vocals, had a laid back manner that eased into the catchy melodic tunes such as “Post Break-Up Sex”, but could just as easily make a 180 to full-power as they slid into the heavier punk riffs and more aggressive vocals of “Bad Mood” towards the end of the night.  Many of their older songs had a much more engaging presence in comparison to the recordings, proving to their supportive fan base that they are continuing to build upon what is already a promising start for the group.  Young stopped to say a few words between songs, noting that the Bowery Ballroom was a significant venue for the band.  It was the first place The Vaccines played when they first came to the U.S., and Young noted they were very happy to be back in New York City again.

The sold-out crowd held on to the enthusiasm until The Vaccines ended their set, wishing there was room for an encore.  The group has clearly made progress and held on to the momentum since their previous album and seems to be surviving the tenuous ‘first year hype’ that so often leaves new bands in the dark despite early successes.  This, coupled with the evolved sound when comparing the two LPs, certainly did not disappoint those who were in attendance.  With Come of Age currently sitting at #1 on the U.K. Albums Charts, and a growing fan base in the U.S., it’s likely NYC will get another dose of The Vaccines soon enough. 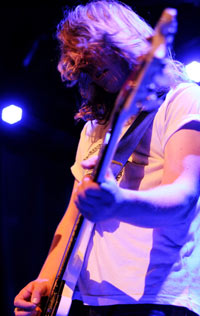 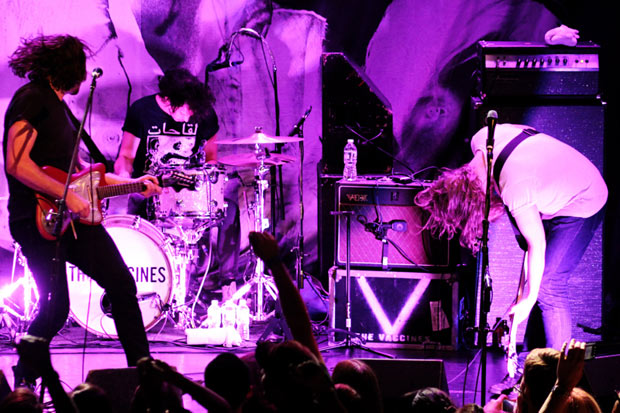