Weezer have always been kind of a ‘summer band,’ big songs & big shows – plus a large fanbase still in school the other three seasons.... 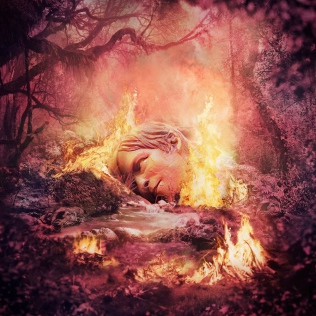 Weezer have always been kind of a ‘summer band,’ big songs & big shows – plus a large fanbase still in school the other three seasons. Now entering Summer for the second of their four planned SZNZ EPs, after Spring earlier this year (QRO review), the group naturally goes big. If the results aren’t going to make you forget about their great days, they also don’t remind of their bad days, and make for an enjoyable EP.

An enjoyable EP with some kind of confusing lyrical subject matter from frontman Rivers Cuomo. “Lawn Chair” is a big kiss off… to god & the angels? “Blue Like Jazz” is a big Weezer tribute… to jazz? “Cuomoville” is a swaying song… about Roman life or something (no idea if it connects to New York’s famous, recently disgraced, Cuomo brothers). But it is a catchy album, and there are more traditional Weezer subjects like the hard luck life of “What’s the Good of Being Good”, or a tribute to records themselves in single “Records” (even if long-term old fans won’t like the classic Nirvana namecheck – the second EP to do so – being up there rhymed with “Rihanna” & “Lana,” presumably Del Rey).

The EP format does help Weezer in that it lowers expectations, and lowers what the haters can say, instead allowing for a short & sweet entry of a band that might be past their prime, but still get out there every summer.