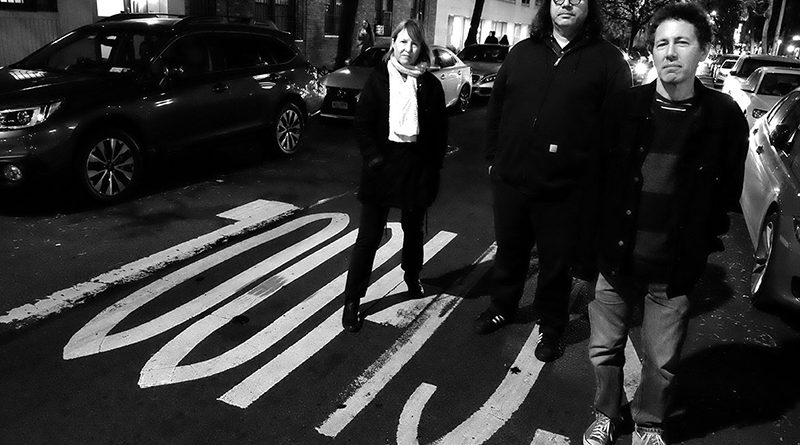 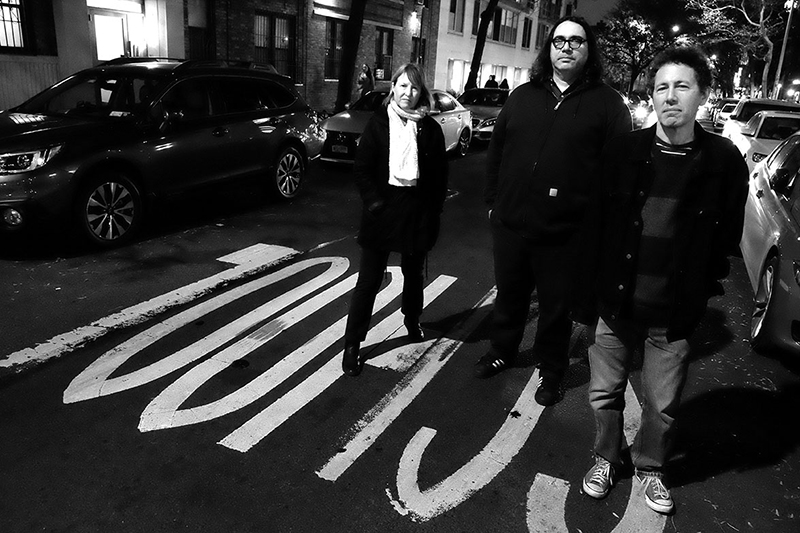 Just as the COVID vaccines are offering a glimmer of hope in the new year (also, a new administration in D.C.), our holiday traditions are being taken away. It turns out that the real “War on Christmas” wasn’t people saying “Happy holidays,” but incapable governments preventing travel and even gumming up the postal service. Yet some yuletide practices have persevered, like Apple TV letting PBS stations air A Charlie Brown Christmas after initially keeping it to streaming, or Yo La Tengo performing on Hanukkah, this time a livestream at The Greene Space on Friday, December 18th.

One of the most long-lived indie acts, no break-ups or reunions, Georgia Hubley, Ira Kaplan, and James McNew have long done special shows on Hanukkah. The run at their hometown Hoboken club Maxwell’s (QRO venue review) was legendary, eight nights with varied set lists and varied special guests & openers, in a place that they became too big to play normally. But then we lost Maxwell’s, like CBGB’s before it, the event moving to Manhattan’s Bowery Ballroom (QRO venue review) – and Bowery closed like every other venue this horrible year. However, Yo Le Tengo kept it alive, albeit playing one night, but still with music & surprises.

Kaplan opened the “first and hopefully last” Hanukkah livestream by introducing the first opener, Amy Rigby. An old friend and stage mate of Yo La Tengo, Kaplan remarked that she’d once tried to put a capo on her guitar mid-song. While Rigby didn’t do that, she did play songs that ranged from a very contemporary tale of being unsure about greeting your possibly MAGA neighbors during the pandemic, to the summer of ’83, from a song she played at Hubley & Kaplan’s wedding to one about dancing with Joey Ramone.

Yo La Tengo’s Hanukkah shows have been known to have comedians open them at times (as well as in the audience, like the ubiquitous Todd Barry), and this time they got a special comic voice, noted satirical author David Sedaris. Sedaris was most recently in the news for a satirical CBS Sunday Morning piece saying that customers should be able to fire service workers “like a citizen’s arrest,” which went down very poorly – service workers are essential and stressed out, today’s heroes, and the hardly lowbrow Sedaris came off as even more elitist. But for his Hanukkah appearance, he told two darkly comic Christmas stories. One was of a mother to two perfect children and two perfectly awful ones, who lost the good ones & her husband thanks to her asymptomatic jailbird son. The other was of a poor boy with a terrible mother & stepfather writing a letter to Santa, who believes that it was a (rough round the edges) Santa that thrashed his child-beating stepdad to death, though it’s revealed that it’s actually his grandfather (the boy remarks, “I hope your daughter stops doing math,” a hilarious line). Both were told sweetly, in the same tone as, “Yes, Virginia, There Is a Santa Claus”, making the humorous contrast that really doesn’t come out in this description [your correspondent is no David Sedaris, but he’s also never tried to fire a service worker he didn’t like].

Click here for photos of Yo La Tengo at 2018 OctFest in New York, NY in the QRO Concert Photo Gallery

Click here for photos of Yo La Tengo at 2016 Pickathon in Happy Valley, OR in the QRO Concert Photo Gallery

Click here for QRO’s review of Yo La Tengo at Town Hall in New York on February 16th, 2013

But this was all a prelude to the main event. Kaplan remarked how weird the whole thing was, like that the just nine of them decided not to cheer or clap or laugh for others, as it would sound hollow with so few of them, but it was hard not to. The camera work on the evening was strong, particularly in an overhead shot of drummer Hubley and her extensive kit, who’s usually so hard to see. Kaplan dedicated the show to all the members of the “extended Yo La Tengo family” who would normally be at their Hanukkah shows, but couldn’t be there this night. And the kind of spooky set opened naturally moody with “Here You Are” and “The Hour Grows Late” (from 2018’s There’s a Riot Going On – QRO review – and 1995’s Electro-Pura, respectively).

After the band got more rocking two more of their own, “Saturday” and “From a Motel 6” (2000’s And Then Nothing Turned Itself Inside-Out and 1993’s Painful), Yo Le Tengo entered into their covers. The trio have long been lauded as being the best alt-rock cover band since The Replacements, with albums dedicated to covers such as 2015’s Stuff Like That There (QRO review) and this year’s Sleepless Nights EP (QRO review). And the group is known to range in cover style, this night starting with the iconic Sun Ra’s “We Travel the Spaceways” then going to “I Want to Be With You” by The Bonzo Dog Band, which was dedicated to its songwriter Neil Innes, who had passed away just after last Hanukkah. Sleepless got two pieces, as Kaplan noted that they couldn’t tour it, Ronnie Lane’s “Roll On Babe” and Flying Machine’s “Smile a Little Smile for Me”. Kaplan also played their own beautiful “More Stars Than There Are In Heaven”, from 2009’s Popular Songs (QRO review) acoustic, as well as going on baby grand piano for a great “Autumn Sweater”, then back to electric guitar for “Stockholm Syndrome”, two of the never wildly popular band’s most well-known songs (Kaplan jokes about changing their rider after having a “#1 album” this year), from 1997’s I Can Hear the Heart Beating As One.

In addition to special guest openers, Yo La Tengo’s Hanukkah shows regular feature guest performers up there with the band. Ivan Julian joined on guitar for “I Heard You Looking” (1993’s Painful) – a founding member of Richard Hell & The Voidoids among many other acts, ironically Yo La Tengo had played The Voidoids’ “New Pleasure” earlier in the evening. Kaplan remarked that this was when they would have left the stage, “To thunderous applause,” and then come back, so for the ‘encore’ WFMU DJ Todd-o-phonic Todd [Todd Lance] sang his “signature number,” The Tradewinds’ “Aba-Daba-Do Dance”. English New Waver Wreckless Eric joined in for not only their cover of The Turtle’s “Outside Chance”, but also his own 1977 hit single “Whole Wide World”.

And there was one more tradition to keep alive. For years & years, Kaplan has invited his mother Marilyn on stage to sing (“It’s in her contract that she only works Jewish holidays” he once said). After a Yiddish joke that your goy correspondent didn’t get, she did her own signature piece, Anita Bryant’s “My Little Corner of the World”.

God willing, 2021 will be better, ‘back to normal’ in the ways we want it to be. Kaplan thanked Greene Space, adding, “Don’t take this the wrong way, but I hope not to come back.” The show was a benefit for the National Independent Venue Association’s Save Our Stages Emergency Fund, which has been raising money and political action on behalf of America’s shuttered and imperiled music venues (days later, a COVID relief bill with the Save Our Stage Act was agreed to by Congress). But until then, Yo La Tengo kept their spirit of the holidays alive for all of us.