QRO rocks the Catskills with its spotlight on the roots-revival of The Felice Brothers.... 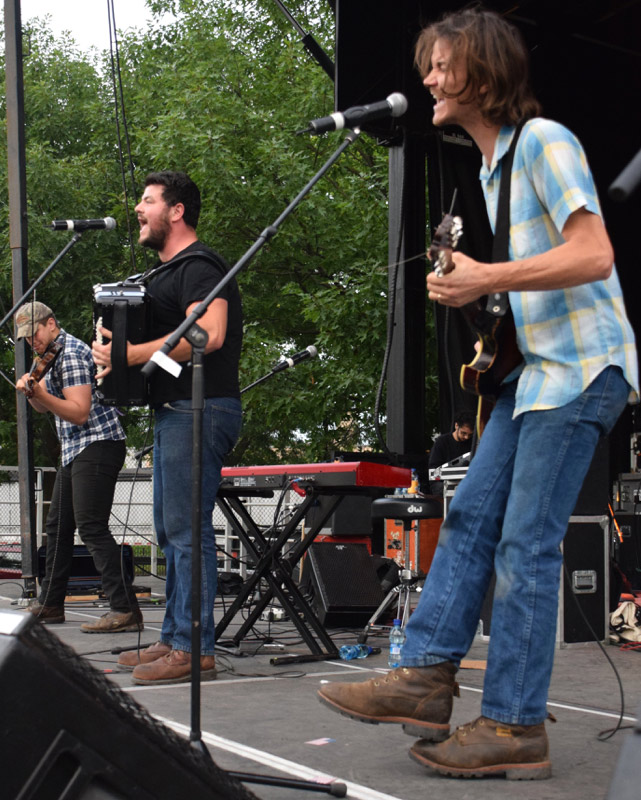 QRO rocks the Catskills with its spotlight on the roots-revival of The Felice Brothers.

Live review at The Living Room in New York, NY on September 13th, 2007

Photo gallery from The Living Room

Interview with James Felice in 2008

Review of The Felice Brothers

Photo gallery from All Points West in Liberty State Park in New Jersey on August 9th, 2008

Review of Yonder Is the Clock

Review as part of SXSW Tuesday at Cedar Street Courtyard in Austin, TX on March 11th, 2014

Review as part of Newport Folk Festival in Newport, RI on July 26th, 2015

Review as part of Northside Festival at McCarren Park in Brooklyn, NY on June 11th, 2016

Review of Life In the Dark

Interview with James Felice in 2016

Photo gallery with Conor Oberst at Oregon Zoo in Portland, OR on September 3rd, 2017

Review of From Dreams To Dust

The Felice Brothers playing “Put Your Arms Around Me” live @ Bell House on May 18th, 2011:

The Felice Brothers playing “Whiskey In My Whiskey” live @ Bell House on May 18th, 2011: